According to market forecasts, by 2020, China is expected to witness a growth in its electricity generation capability and renewable energy generation at 8.6 percent and 38.2 percent CAGR respectively.

To reduce carbon emissions and heavy air pollution, China plans to generate electricity from cleaner and renewable sources like solar and wind power, natural gas to replace coal and nuclear sources. China also plans to achieve the solar capacity target of 100GW by 2020. 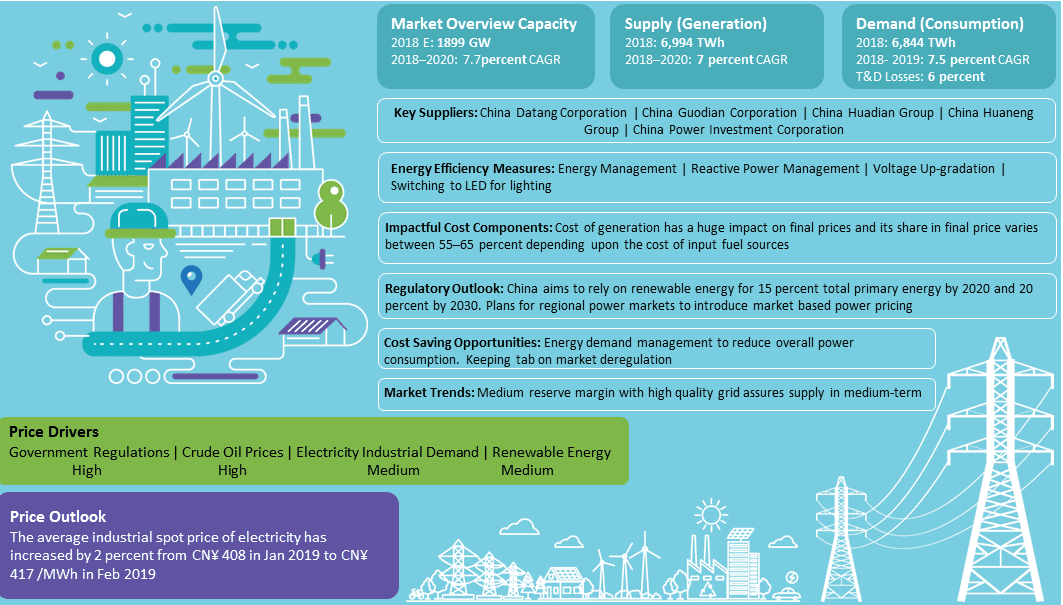 China plans to rely more on electricity generation from nuclear, other renewable sources, and natural gas, in order to replace some coal with the goal of reducing carbon emissions and the heavy air pollution in urban areas. Renewable capacity addition for China is expected to increase by 14–16 percent for 2017–2019. Solar capacity is expected to grow, mainly due to the solar capacity target of 100 GW to be achieved by 2020.