According to Beroe's analysis, Australian natural gas price history shows a clear growth for the prices. Initially, averaged at AUD 9.41/GJ, it showed an increase of nearly 13.49 percent. The increase is primarily attributed to the high summer demand for natural gas in power production across the APAC region. Other factors that influenced the cost of natural gas in Australia include ' insufficient coal supply, a decrease in crude production by OPEC, and a shortage of crude at a global level. 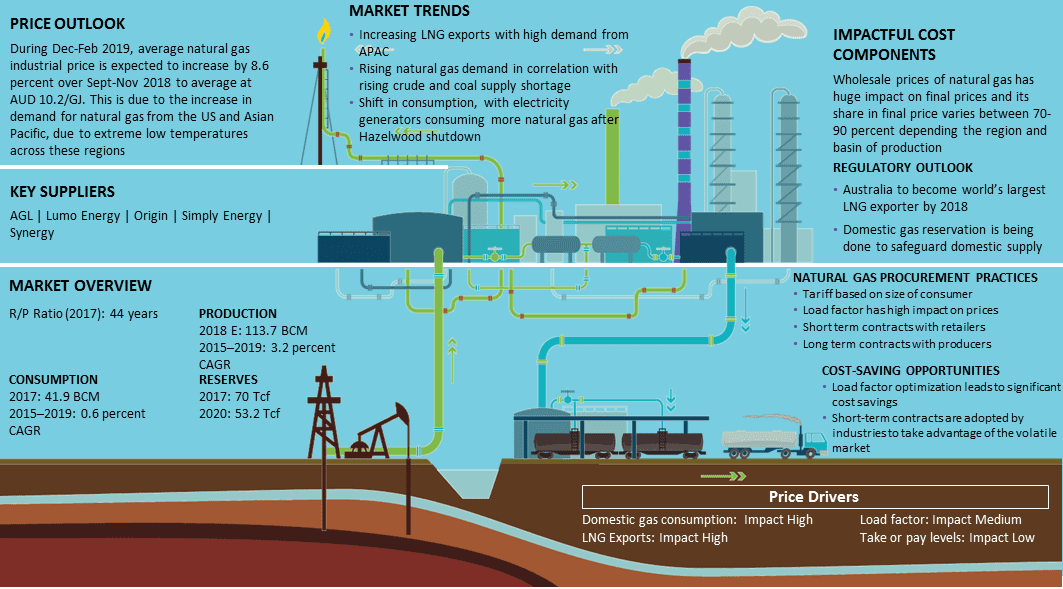