Global market for stimulation fluids is estimated to be at $9.7 billion in 2020. On a global scale, fracturing by application and gelling agents by fluid type contributed to majority of the stimulation fluids market share in 2020 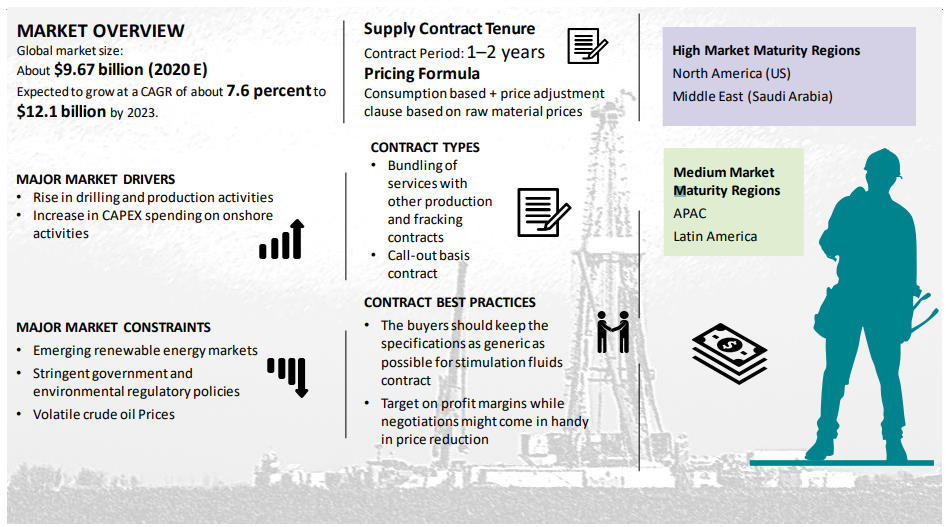