First phase of a clinical trial where the focus is on safety.

US and Europe will remain key regions for early phase trials holding greater than 70 percent market share. However, South Korea with its regulatory flexibility is an emerging destination with a CAGR of 8.2 percent, almost twice as rest of the world 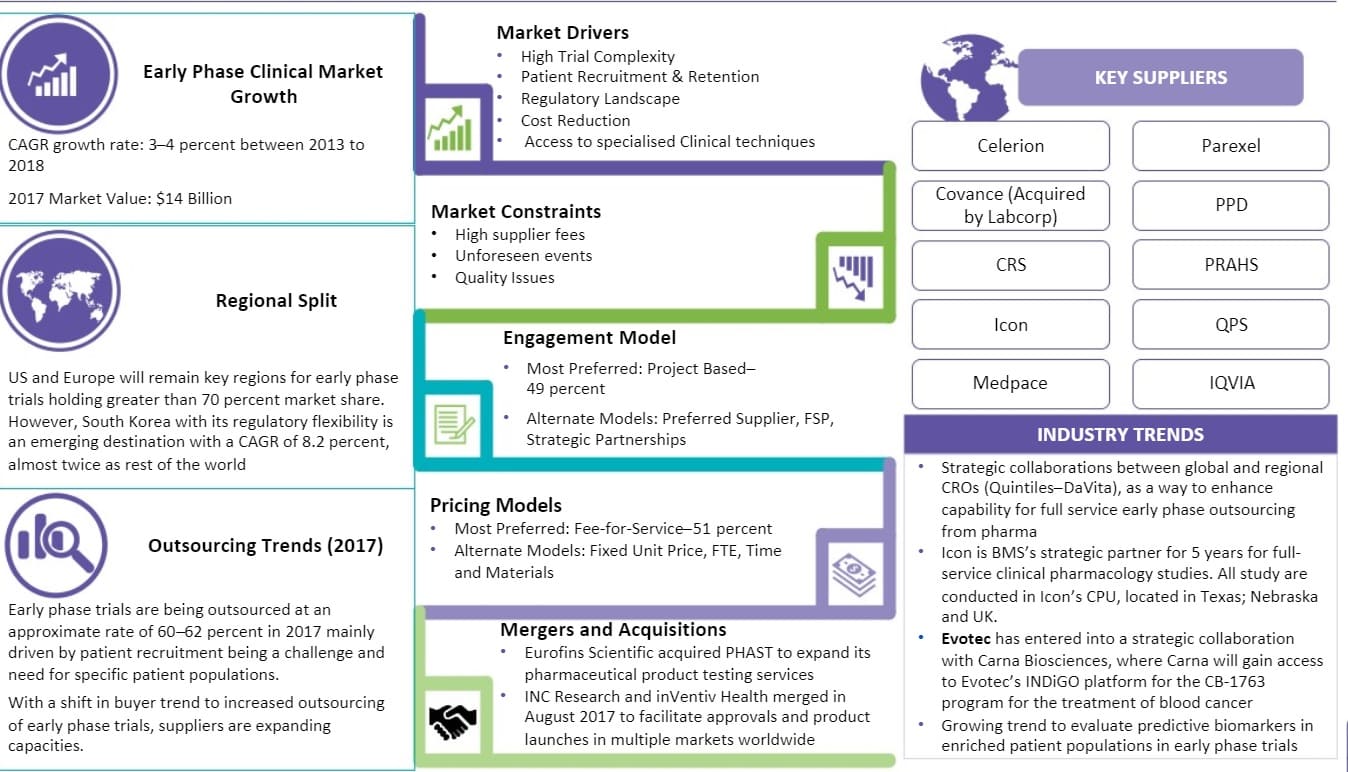 Complexity of early phase trials, involving both patient and healthy volunteers studies, is the main driver of outsourcing. Though cost reduction is seen over the longer term, high supplier fees initially and quality issues is still a challenge.