Decreasing alumina stockpiles and reducing imports from Australia and Indonesia are contributing factors to supply constraints.

Domestic aluminum ingot inventories have increased steadily from start of this year, due to commissioning of new capacity. Growing operating rates from 55 percent to 60 percent during 2014–2015 to more than 65 percent from 2016 indicates a positive trend for aluminum ingot supply within this region. 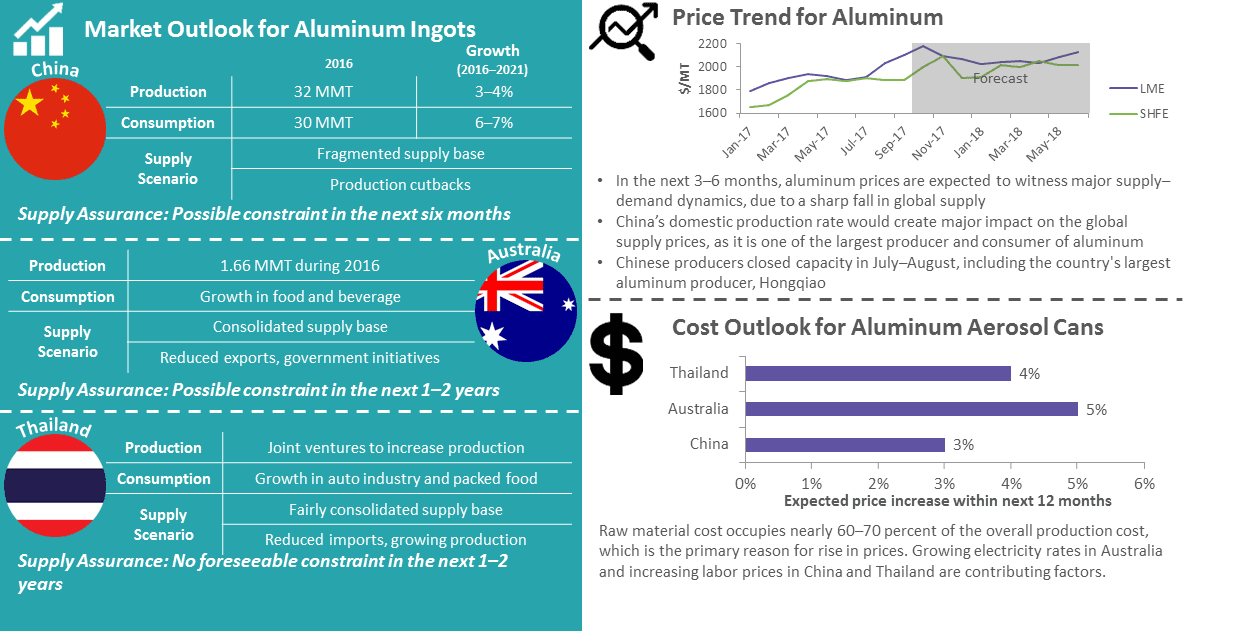 In 2016, China maintained a trade surplus for aluminum ingots, despite capacity curtailments and stringent regulations from governing bodies globally. China will resurge in the market over a year and remain the prime exporter of primary aluminum and aluminum semis (ingots) within Asia.

Industry can consider multi-sourcing from other countries within Asia to ensure assurance of supply for the next year. Increasing electricity prices and shortage in alumina supply are factors to be considered while engaging with a supplier in this market.

Though government initiatives look to curb exports and improve the capacity of aluminum smelters and converters, rising electricity prices pose a major hindrance for growth of aluminum ingots.