Warehouse Automation is turned out be more of a necessity than an option in Western Europe and North America where rental rates and labor wages are high and availability of skilled labors are low, which directly influences the warehousing operating cost 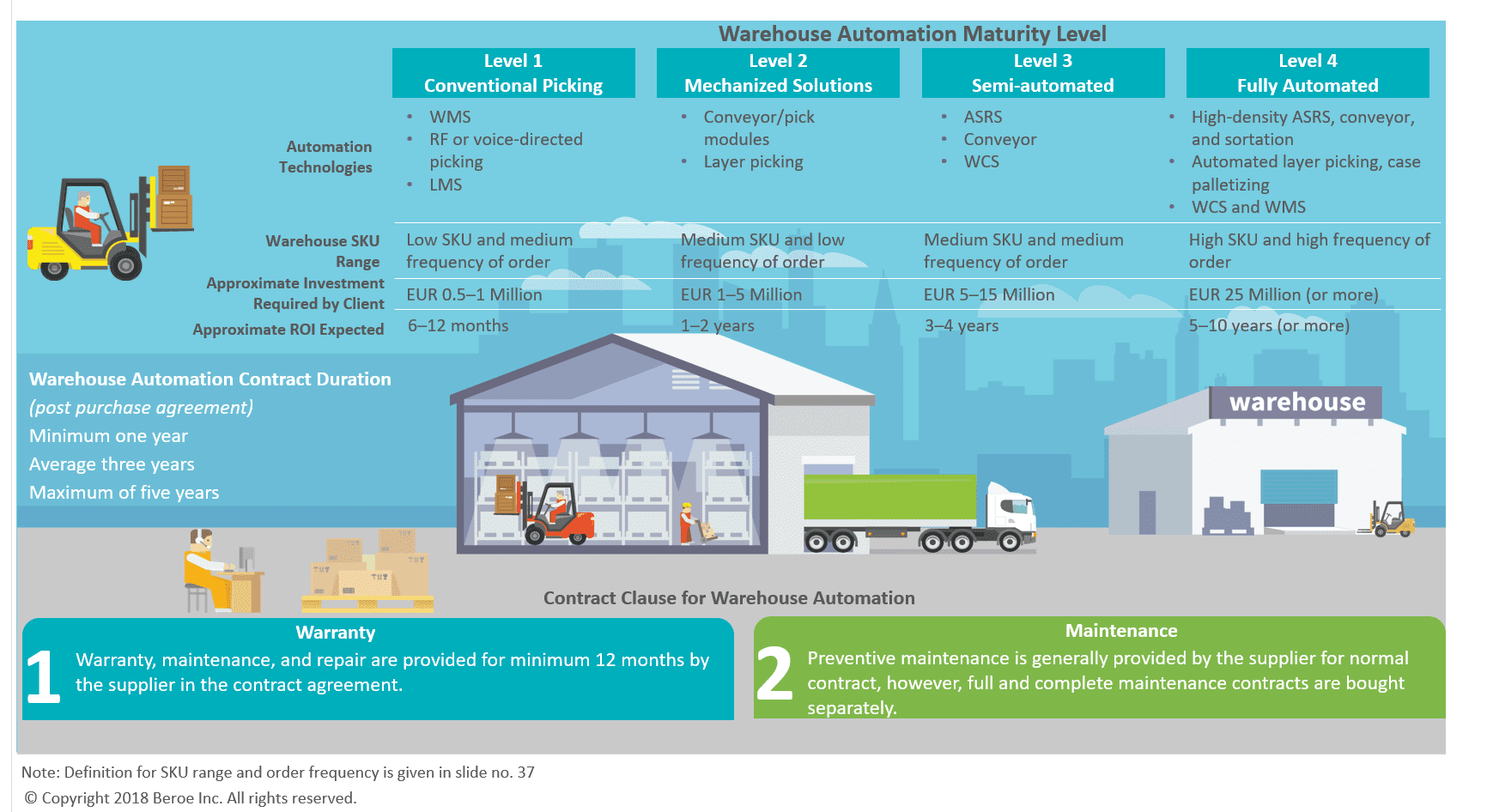 AGV is highly used in warehouse linked to manufacturing plants compared to dedicated distribution warehouse, primarily used for intra-facility transportation/shuttling of palletized goods, this is due to very static and repetitive movement paths in manufacturing.

KPI for Material Handling and Storage