AI-powered self-service platform for all your sourcing decision needs across 1,600+ categories llike Tallow .

The average annual savings achieved in Tallow category is 4.60%

The industry average payment terms in Tallow category for the current quarter is 75.0 days

Find the right-fit tallow supplier for your specific business needs and filter by location, industry, category, revenue, certifications, and more on Beroe LiVE.Ai™. 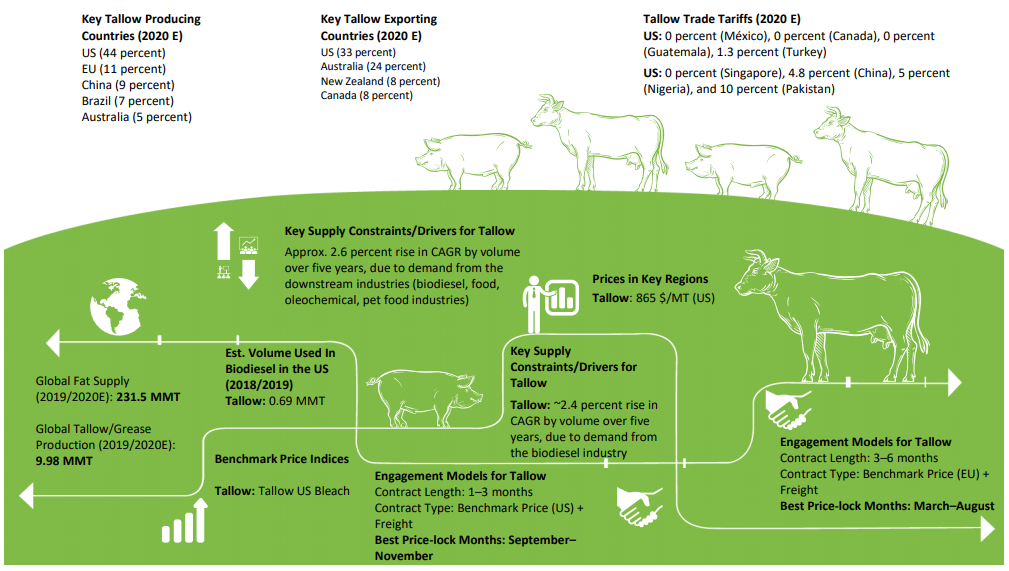 Australia produces 5 percent of the global tallow and ranks as the fifth largest tallow producing nation, but, in terms of

Australia is a net exporter of Tallow. Singapore and China have been the top export destinations, while the export volume to Taipei has seen a decline of 12.6 percent