Brazil's contract logistics market is estimated to grow 2-3 percent in 2018; locations such as Sao Paulo, Parana, Rio de Janerio and Minas Gerais has higher density for pharma operations where the buyer demand is expected to be higher

Brazil's contract logistics market is valued around $3,135 million in 2017 mainly driven by e-commerce and manufacturing industries, pharma market share is expected to be around ~7-12 percent 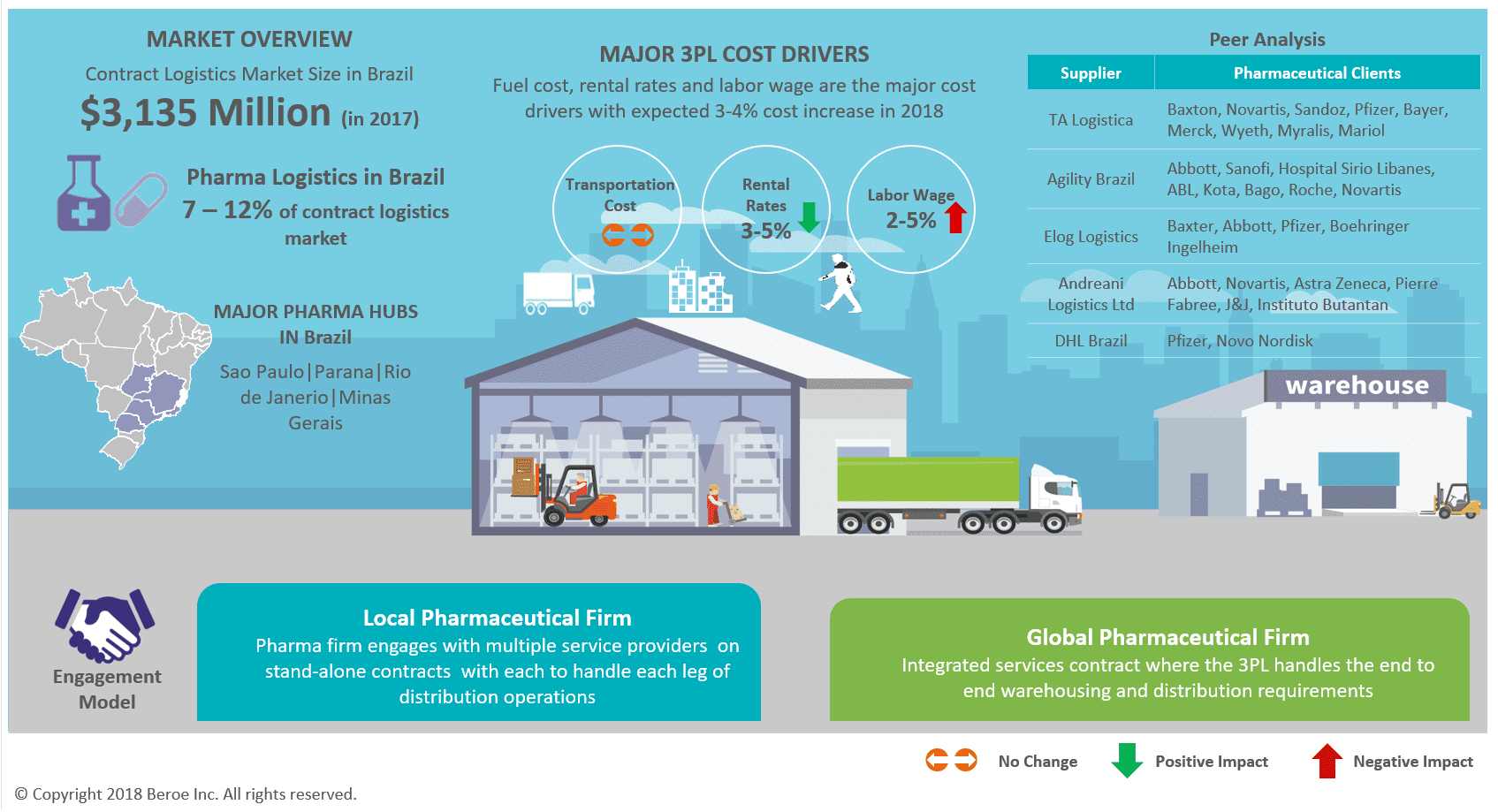 About 80 percent of the major pharmaceutical companies outsource their distribution activities to a large 3PL. Since a traditional distribution model is followed,finished products are distributed through wholesalers or retail chains DC's

In early 2016, about 12 Brazilian provinces increased the rate of the ICMS for medicines, citing storage problems due to the economic recession. For medicine, tax increase was ~1.2 percent on average when compared to 2015 value. Thefts continue to increase in Sao Paulo and Rio, which accounting to 80 percent of total thefts

The lack of integrated service providers specific to pharma industries which needs expertise in operation and customized facilities are limited which is a challenge for the client in Brazil.

Depreciation for Plant and Equipment

Technology and other Intangible Assets