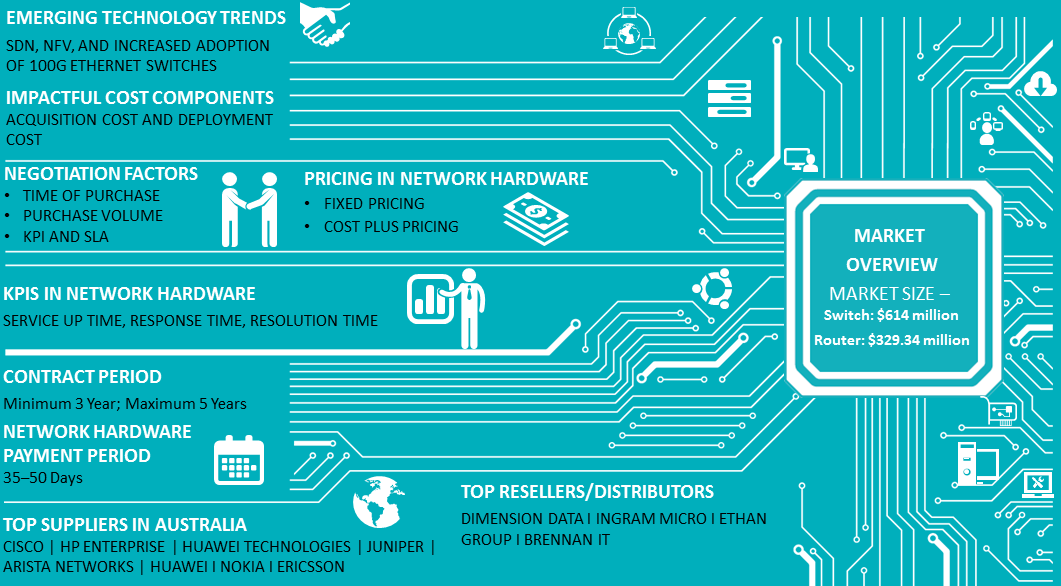 Growth in the usage of internet-enabled devices

To support the rapid increase in an adoption of internet-enabled devices and trends, such as BYOD, new network infrastructure is required, which, in turn, is fueling the growth of the network hardware market.

Enterprises and service providers are opting for hyperscale datacenters (because of the growing IP traffic) that are built with multistage circuit switching networks. Such datacenters require deployment of several routers and switches, and the required amount of server capacity for bandwidth and pipes to cross-connect would be more than 100,000.

Safety of cloud usage and security of information

Though network security features have advanced in recent years, there still exist concerns regarding the security of information in the cloud by some verticals, such as pharmaceutical and BFSI.

Enterprises are opting for alternatives, such as Google Hangouts, Skype, Apple Facetime, and other such applications as low-cost alternatives, to established telepresence solutions.