Emulsifiers can be derived from plant, animal and synthetic sources. Their common applications is in processedÂ foodsÂ such as mayonnaise, ice cream and baked goods to create a smooth texture, prevent separation and extend shelf life

AI-powered self-service platform for all your sourcing decision needs across 1,600+ categories llike Emulsifiers.

The average annual savings achieved in Emulsifiers category is 3.00%

The industry average payment terms in Emulsifiers category for the current quarter is 65.0 days

Find the right-fit emulsifiers supplier for your specific business needs and filter by location, industry, category, revenue, certifications, and more on Beroe LiVE.Ai™.

The key factors driving the global food emulsifiers market growth are as follows. ' Application in bakery and confectionery as a substitute for enzymes ' Health awareness ' Preference for convenience foods by consumers

Yes, the demand from Asian regions like China, India, Indonesia, Malaysia, and Vietnam will continue to rise at a CAGR of 6.9 percent through 2020.

The highest demand in the food emulsifiers market is for glycerides (mono, di, and others) at 46.3 percent followed by lecithin at 30 percent, stearoyl lactates at 8.8 percent, sorbitan esters at 2.5 percent, and others at 12.4 percent.

From Beroe's emulsifier market analysis and intelligence report, approximately 60 percent of the supplier market share is consolidated by four companies, which are DuPont-Danisco, Cargill Inc., Riken Vitamin Co., and Palsgaard. Among these top players, Danisco leads the emulsifier supply market and holds the maximum share.

The demand for the PGPR emulsifier has risen because it can be suitably substituted for cocoa butter in the chocolate manufacturing process. Major companies like Hershey and Nestle have adopted PGPR to replace cocoa butter in their manufacturing process. The demand seems to increase further as more companies are expected to adopt PGPR in the near future.

The food emulsifiers market is mainly driven by innovations. The top trends in innovations that are driving the market forward are ' ' the ongoing efforts that are being targeted at phasing out PHO and GMO emulsifiers ' developing emulsifiers to replace expensive ingredients to help end-users cut down the production costs 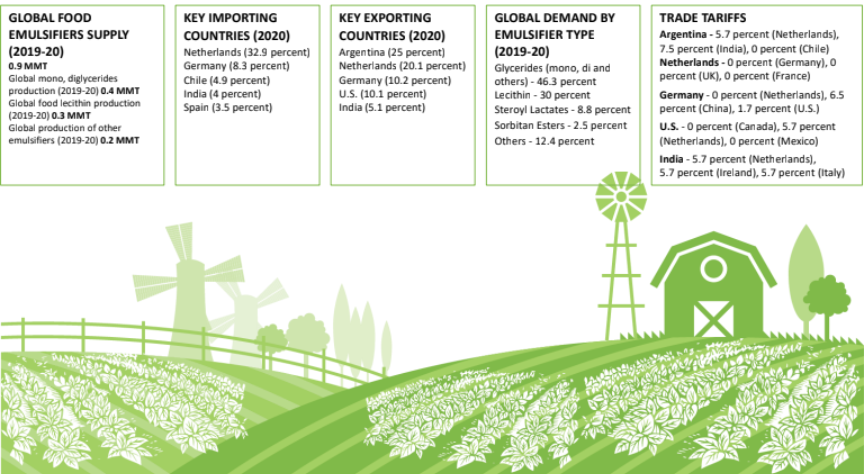