Energy As A Service

The construction industry in Australia is witnessing growth in major project works through mid-2019, following the three years of declining construction activity. A key positive will be strengthening non-mining infrastructure work, in line with significant growth from public sector spending on transport infrastructure projects. 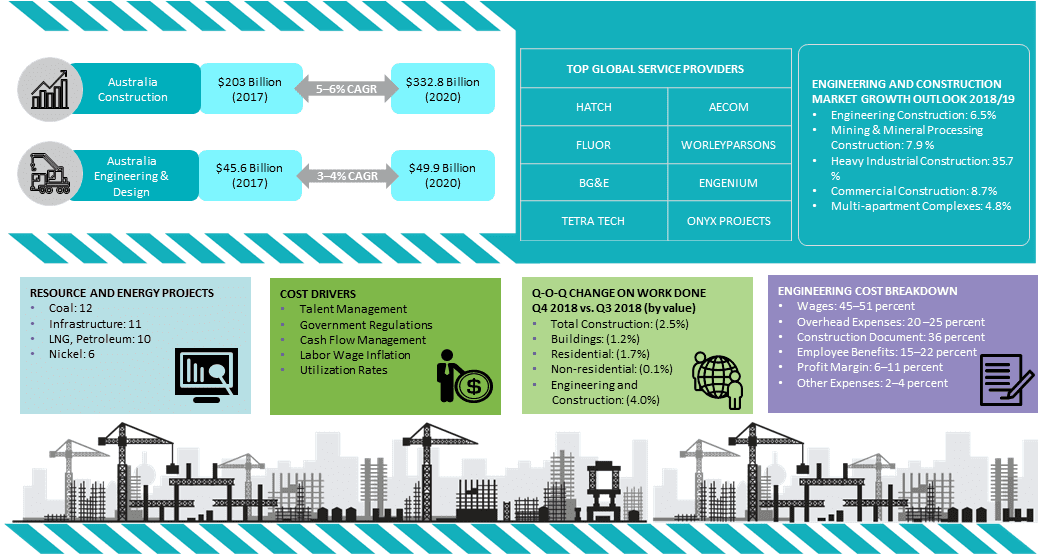 Mining and oil & gas work witnessed a decline (particularly in 2018), yet conditions will be supported by a continuation of solid public sector spending on transport infrastructure projects.

Despite a further winding down in mining–related construction, conditions will be boosted by the emerging phase of strong public sector spending on transport infrastructure projects, telecommunications infrastructure, coupled with NBN-related investment.

The construction industry in Australia is in the growth phase with large-scale projects are being announced at resource and infrastructure sector. Even though the market has several highly capable suppliers, there will be pressure on the buyers for choosing the best suitable supplier. This scenario will result in higher margins for suppliers and lower bargaining power for buyers.