The industry average payment terms in Civil Construction Services category for the current quarter is 63.8 days

Energy As A Service 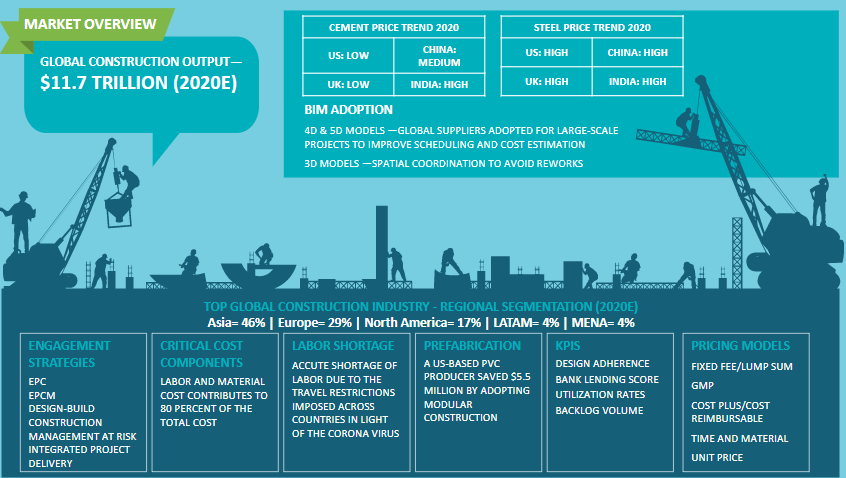 The global civil construction industry is projected to grow from $5.9 trillion in 2017 to $6.79 trillion in 2021. This increase is primarily driven by the proposed government spending on infrastructure projects, primarily in Asia
LATAM and APAC accounted for more than half of the world's construction output in 2016 and by 2020; they will have a share of ~55 percent

The size of the worldwide civil engineering industry, which was estimated to be worth USD 7.74 trillion in 2020, is anticipated to increase at a CAGR of 5.7% from 2021 to 2028. Growth in the market is predicted to be fueled by emerging nations' rapid industrialization and urbanization as well as the increasing global emphasis on building high-quality infrastructure.

According to projections, the infrastructure sector would experience the highest CAGR between 2021 and 2028.

Different technologies that are currently being used in the construction industry for engineering and design are DataCAD, ArchiCAD, CADKEY, ConSteel, REVIT, NavisWroks, StruCad and Nemetschek, as well as Corel Draw and Atlantis