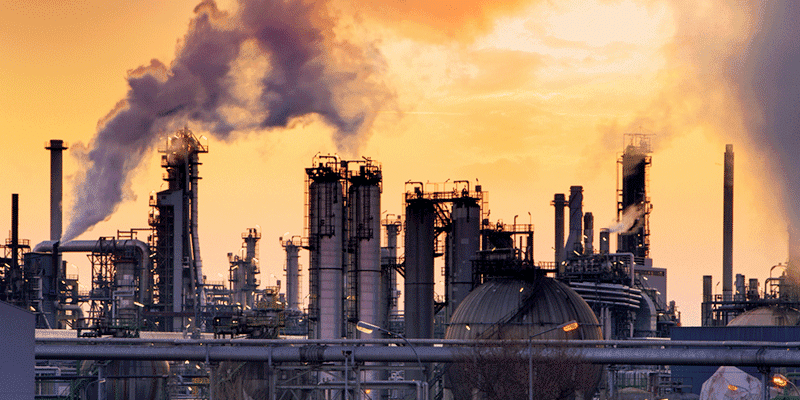 To curb environmental pollution, the Chinese government has dramatically strengthened the enforcement of environmental regulations under the leadership of President Xi Jinping. Several crackdowns have been initiated on heavily polluting industries that do not comply with current environmental regulations. These measures have affected business in various sectors and have had rippling effects throughout the economy. Thousands of factories have been permanently closed, disrupting the supply chain.

China is the world's largest producer and exporter of APIs. The country ranks first worldwide in the production of several bulk APIs, including penicillin, statins, and vitamins. Many APIs used for the manufacture of drugs, such as antibiotic penicillin and anti-diabetic metformin, are imported from China. The competitive advantage of China’s raw materials is cost benefit.

Since 2015, there has been stricter implementation of environmental laws to curb industrial pollution, and thousands of factories that were unable to meet production standards have been suspended. 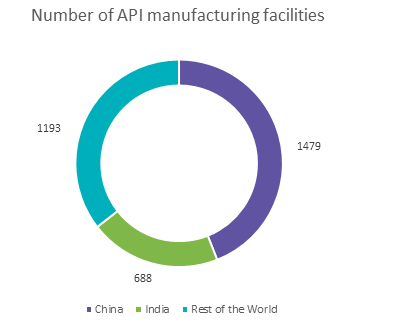 Industrialization over the past half century has enabled China to become an undeniable manufacturing powerhouse. However, years of relaxed regulations coupled with cost-driven business practices throughout the nation have led to severe environmental issues; thus, the government has in recent years taken aggressive action in policing environmental practices of manufacturers.

The first environmental facility inspection in China was conducted in 2015 in Hebei, the most polluted province of China. Then, a team of 5,600 inspectors was deployed to 30 provincial-level regions in four batches over 2016 and 2017. More than 14,000 factories were closed and around 30,000 businesses penalized in 2017.

Among companies on the edge over China’s crackdown are producers of APIs, many of whom claim this will disrupt the sector's supply chain. Nearly 150 API manufacturers in China shut down their facilities in 2016–2018. The closure of the factories has a knock-on effect on both local and international supply chains.

Environmental Protection Tax and its Impact

The new environmental tax declaration in China began in January 2018. This law is likely to change the current practices of highly polluting industries, including the pharmaceutical industry, into environmentally friendly production model to save taxes.

A tax reduction of 25% is allowed if pollution discharge, mainly wastewater and air pollution, is 30% lower than the national or provincial standard. If a company is able to maintain its pollution level at 50% lower than the standard concentration, they can apply for a 50% tax reduction. Therefore, the system clearly benefits environmental protection practices of enterprises by lowering their costs. Besides air and water pollution, noise pollution will also be taxed. The central government allots revenue from the environmental protection tax to local governments to motivate participation in the fight against pollution.

The new regime is expected to lead to higher costs for API and excipient manufacturers, as polluters nationwide will face a levy of between 1.2 yuan ($0.18) and 12 yuan ($1.8) for every 0.95 kg of nitrogen oxide or sulfur dioxide they release. According to estimates, taxes of  up to 50 billion yuan (about $7.68 billion) will be collected annually from manufacturers.

Impact on the Global API and Excipient Industry

The Chinese environmental clean-up program is shifting the corporate landscape in unexpected ways and stoking inflationary pressure in supply chains worldwide. The price of key raw materials and excipients has increased by around 40 percent in the last four months. Thus, small and medium enterprises are struggling to fulfil their contractual obligations due to steep rise in production costs.

For instance, the price of paracetamol I.P. has increased by 45 percent in the last few months, propylene glycol I.P. is up by 30 percent, azithromycin by 36 percent, ciprofloxacin by 28 percent, and ofloxacin by 31 percent. Other APIs whose prices have shown an upward trend include rabeorazole, esomeprazole magnesium, pantoprazole sodium, methylcobalamine, losartan potassium, sildnafil citrate, montelukast, telmisartan, cefixime, cefpodoxime proxetil, and cefuroxime axetil.

The Indian pharmaceutical industry, which is dependent on China for key intermediates and APIs, is facing problems with long lead times and high price of raw materials. Many manufacturers have expressed concern over raw material shortage and the resultant rise in production costs. Some companies are seeking alternative raw material sources to tackle this problem, but the problem persists with several intermediate chemicals for which China is the major producer.

Rising production costs, plant shutdowns, and uncertainty in supply are likely to accelerate global buyers’ shift away from China. Companies are lining up alternate raw material sources. For advanced intermediates, the companies are looking for alternatives in India, Europe, and the U.S. Moreover, some multinational companies that have capacities and knowhow have started exploring recommissioning API facilities.

The environment clean-up program is expected to be a key driver of industrial consolidation, especially in steel, papermaking, and pharmaceuticals. With costs rising due to wages, land, and pollution curbing measures, China’s manufacturers have to invest and upgrade to survive. Small- and medium-sized companies find it very difficult to keep up-to-date with the ongoing regulatory changes and meet public audit requirements. Therefore, they fail to perform well in the industry and ultimately shut down.

More than 90% of the world’s vitamin C is manufactured in China. However, the vitamin industry is one of the most heavily polluting industries, besides chemicals, cement, and pharmaceutical industries. Thus, environmental protection measures are forcing all Chinese vitamin manufacturers to limit production, which has a massive effect on the output of vitamins.

Sodium ascorbate, the key starting material (KSM) for making vitamin C tablets, comes from China. The environmental law enforcement has not only led to a rise in the prices of raw materials, but has also resulted in supply disruptions. Hence, vitamin C is in short supply.

Vitamin A and E supplies are going to be very short through the first part of 2018. Suppliers are even saying the sky is the limit on pricing.

Global pharmaceutical companies rely heavily on Chinese manufacturers for numerous APIs. Although APIs are mostly sourced from the top players with expertise in their processes and strict environmental protection protocols, there are cases of supply security threats, which could also arise from intermediates being sourced from some small and mid-sized players.

Furthermore, the environment protection tax and the rise in labor costs make us rethink about procuring raw materials primarily from China. To secure the supply chain and mitigate the risk involved in continuous raw materials supply, the Procurement Organization should go for dual sourcing, especially from manufacturers of different countries of origin.