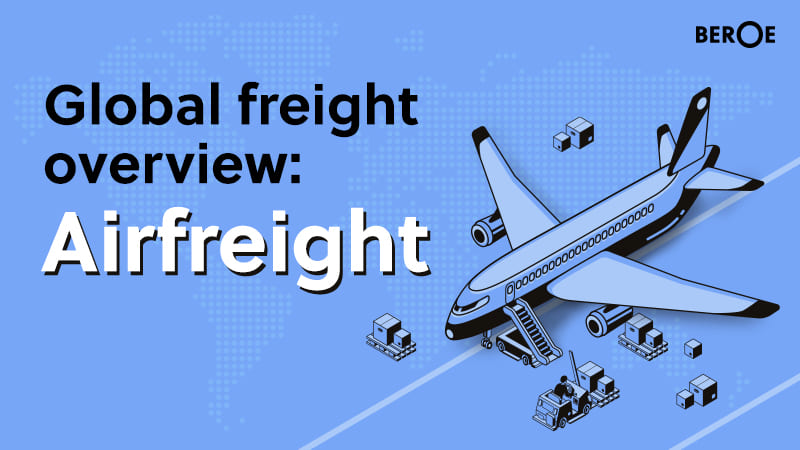 In part two, the company’s global airfreight market report is featured. “Category Intelligence on Global Air Freight Industry” provides a demand outlook for global airfreight by region along with insight on cost inflation, capacity and pricing.

“With retail sales projected to increase by 5 to 6 percent in 2019, freight transport volume and demand will experience rapid growth,” the report highlighted, but cautioned that trade tensions and fuel prices could limit the ability of freight companies to meet increasing demand.

The firm expects airfreight markets still gaining scale and improving their infrastructure like Asia-Pacific (which serves the pharmaceutical, healthcare, hi-tech chemicals, electronics, apparel and garment industries) and Middle East-Africa (which serves end markets like oil and gas equipment, construction, chemicals and retail) to see high growth rates with the potential to consistently outpace mature markets like North America and Europe over time.

The 2019 forecast calls for the Asia-Pacific market to grow at 8 to 10 percent in volume given consistent volume demand from member countries in the Association of Southeast Asian Nations (ASEAN), but this forecast could be influenced by the U.S.-China trade situation. The Middle East-Africa airfreight market is expected to increase at a rate of 4 to 6 percent as the supply of oil in this region increases and positively impacts trade in the region. Europe is expected to grow at 5 to 7 percent even with uncertainties around Brexit; the U.S. is expected to see the same growth rate “with imports expected to surge over the country’s exports.”

The expectation for Asia-Pacific comes with some caution due not only to trade tensions. The firm said, “carriers and freight forwarders are willing to negotiate on established lanes of the U.S.–EU, since the market fluctuation is highly volatile and the volume is high. However, on lanes connecting Asia, negotiation is challenging, since the market is highly unpredictable and risky.”

On the cost side, fuel prices remain a large consideration especially when negotiating airfreight rates. In addition, labor cost inflation in support activities by terminals, crew and other resources has been increasing by 5 to 6 percent annually. Beroe believes that wage increases are likely to reduce the profit margins on a large scale, with Western Europe and North America facing the most pressure from high-cost labor.

“Ultimately, fuel prices and the global trade climate will make or break the potential growth in these markets,” said Beroe’s Vice President, Research and Indirect Services Valekumar Krishnan. “We are already seeing demand growth outpace capacity growth due to U.S.-China trade sanctions, forcing shippers in China to deliver shipments to Europe to fulfill their volume commitment. Further taking into account the new fuel taxes being levied by several governments in response to climate change, it will be a volatile few years for the air and road freight markets.”

Other headwinds to Beroe’s airfreight outlook include continued fallout from Brexit as trade volumes increase between the EU and emerging economies, the implications of digital identifiers for accurate tracking of shipments, implementation of blockchain technology and the potential for freight loss to other modes like rail if fuel costs move higher.

Further, the firm believes that Trans-Pacific eastbound and westbound airfreight routes are projected to be particularly volatile in the next few years and could face cost inflation of nearly 5 percent.

“The air freight market outlook for 2019 will purely depend on the final outcome of Brexit and U.S.-China trade negotiations – market growth will only progress if clear, actionable decisions are arrived upon in these negotiations,” according to Ajithkumar.