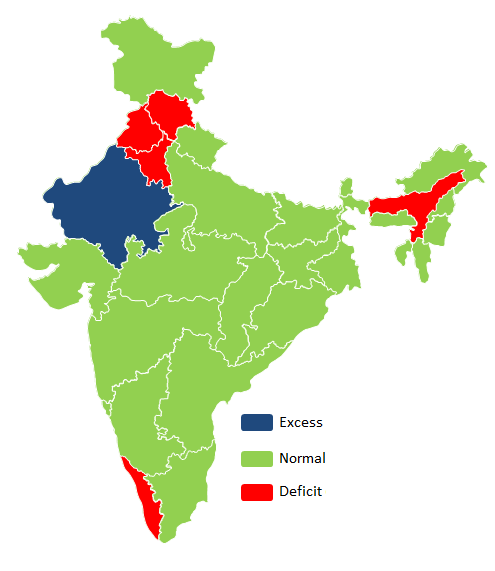 Earlier in June, we had noted in our blog post that India's weather office, India Meteorological Department (IMD), had said monsoon rainfall is expected to be above normal with an average 106% of LPA (Long Period Average). This indicated 2016 could turn out to be a year of surplus rainfall followed by two years of drought.

The South West Monsoon (SWM) has mostly withdrawn across India, paving the way for the onset of Northeast Monsoon (NEM) that mostly affects Tamil Nadu and coastal Andhra Pradesh in the months October to December.

Rainfall during the just concluded monsoon season was 97 percent of long period average (LPA), according to IMD. This was much lower than the expected level of 106 percent.

This year’s SWM ended two years of drought even though the quantum of rainfall was below that of the initial prediction. Sowing has also significantly improved when compared to last year.