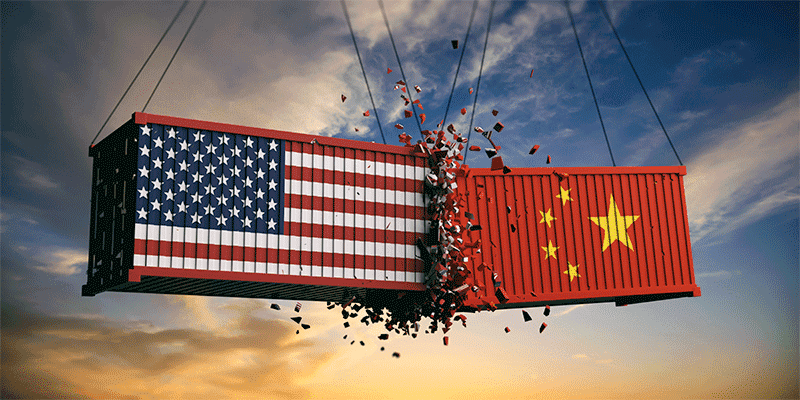 The epoxy resin market met another obstacle in 2018 when China imposed tariffs of 25 percent as part of its escalating trade war with the Trump administration. This development is yet to play out in full but could result in China imposing further tariffs in early 2019 to retaliate against the U.S., following yet another round of tariffs that are scheduled to take effect on March 1, 2019.

In August 2018, China levied a 25 percent tariff on some types of resins including epoxy resins. Trump’s so-called outdated nationalistic protectionist trade policies are not only threatening the world with a global trade war but are also punishing the U.S.’s own epoxy resin and semiconductor industries.

High Dependence on China for Epoxy Resin and its Downstream

The main raw materials for epoxy resin include epichlorohydrin and bisphenol A, for which China is the major sourcing hub. Meanwhile, the U.S. has negligible domestic semiconductor epoxy manufacturers. This means that their entire epoxy resin and semiconductor industries are totally dependent on China for those raw materials. This inelastic industry demand leads us to believe that the trade tariff would not act as a deterrent. Instead, the increased tariff costs would eventually trickle down to the final customer, making U.S. products much less competitive in the global market.

The tariffs will force price increases on raw materials that will make U.S. firms less competitive globally against firms in countries that don't have those tariffs for inputs from China. The tariffs have also had an immediate short-term effect as buyers of Chinese material scramble to find alternative sources. This could create leverage for Chinese suppliers as Chinese material ends up being diverted to other regions such as Europe. However, it could also create space for suppliers in other countries, such as South Korea and Thailand, to increase their exports to the U.S.

Unfortunately, supply chains are not yet so flexible and automated that they could act like plug-and-play in order to switch suppliers quickly and swiftly. They cannot be easily reconfigured to meet the changing geo-political tensions causing changes in U.S. and China trade policy. Forcing companies to reconfigure their supply chains could threaten their viability and would eventually have a negative effect on the U.S. economy.

Why the Trade War Then?

There are diverging opinions in the market about the decisions made by the Trump administration. Its efforts to address China’s policies and practices related to technology transfer, intellectual property, and innovation are unreasonable and discriminatory and burden or restrict U.S. commerce.

Some of the specific investigations on Chinese trade activities revealed that:

Is the Espionage Real or Imaginary?

Along with this list, the U.S. banned American chip makers from selling to ZTE, one of China’s biggest telecommunications firms. This comes two months after the introduction of legislation to block the U.S. government from buying or leasing equipment from both Huawei and ZTE.

This move reveals that the long-term strategy behind Trump’s trade war has nothing to do with these claims. The U.S. is expected to feel threatened that China will eventually forfeit and then replace their technology. At the moment, the U.S. dominates the global semiconductor and chip-making industry because of its superior technological know-how. China’s policy for IP transfers may be seen as an attempt to increase its strength in the chip-making industry and hence break the U.S.’s global monopoly on that market.

Companies and traders largely support the efforts to address China’s trade practices, but many believe tariffs will raise costs for manufacturers and consumers and threaten U.S. economic health, as well as demand for U.S. chemical and resin exports.

‘Losing China is going to be a big blow no matter how you look at it.’

Will These Tariffs Really Materialize, and Why?

The Chinese government is observed to be fighting three big battles: financial risk, poverty alleviation, and pollution reduction, alongside a slowing economy. It does not need a trade war in such a condition. The U.S. government on the other hand is going through a tumbling stock market and Trump has nervous investors on his hands, along with signs of a slowing economy and political problems. Going into the 2020 election, the U.S. government does not need a trade war either. This may be one of the reasons why the trade tariff implementation has been postponed for another 90 days until March 2019.