After experiencing volatility to varying degrees over the past two years, China’s economy appears stable and is expected to stay that way throughout 2017, according to a report by China Beige Book -- an independent data analytics firm focused specifically on the Chinese marketplace. (http://beroeinc.co/2ifyfW3)

This view was echoed by Xu Shaoshi, China's head of economic planning, who in a statement posted on the commission’s website said that China's economy has been generally stable at the start of 2017, continuing its "steadying and good" momentum from the second half of 2016. (http://beroeinc.co/2ifrbZD)

Beroe is of the view that PMI, GDP and Inflation would remain steady in 2017. However, since the stock index is notorious for its volatility, it is hard to predict whether it would remain stable or not. 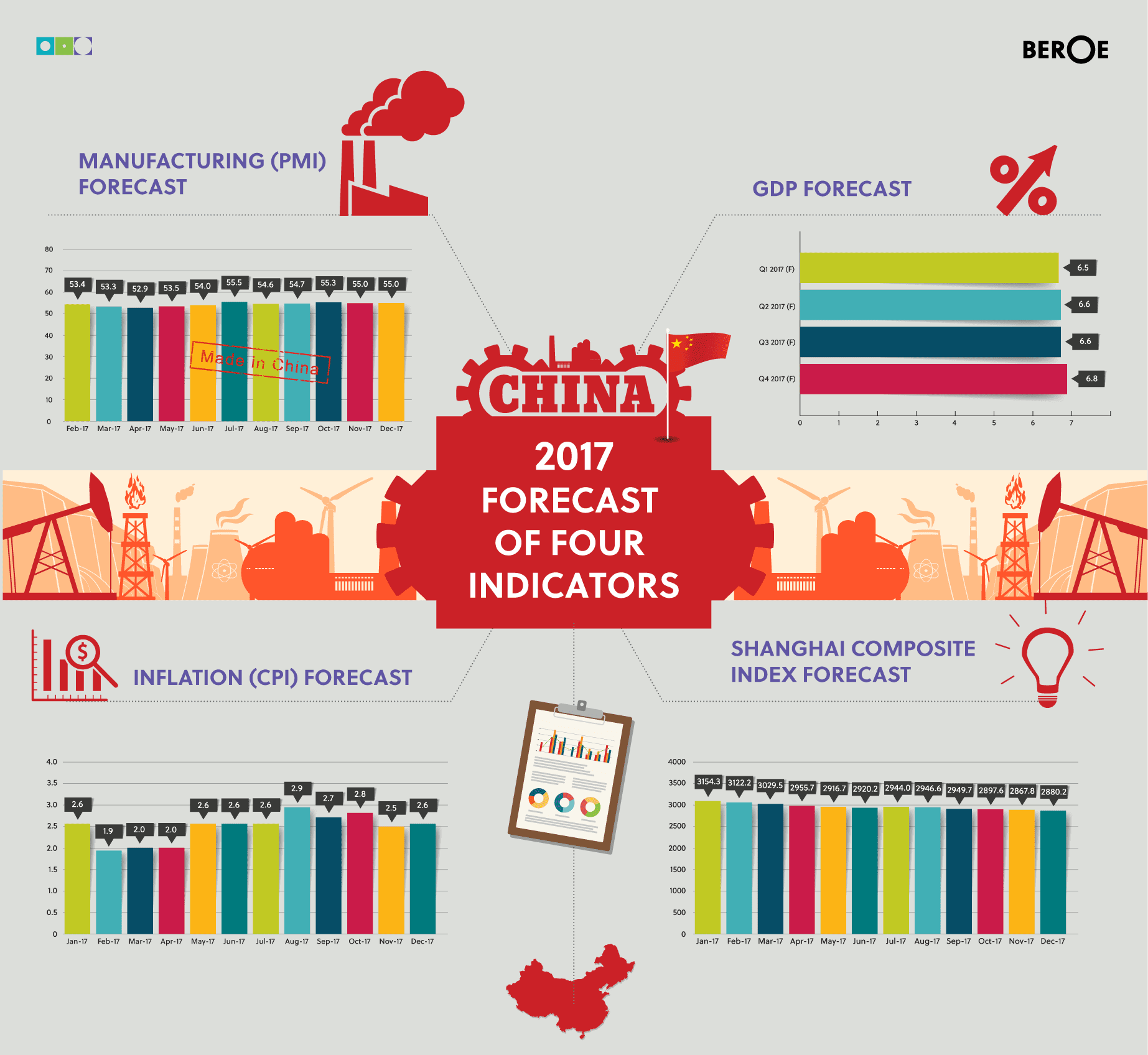