U.S., Mexico and Canada agree on a new trade deal to replace NAFTA 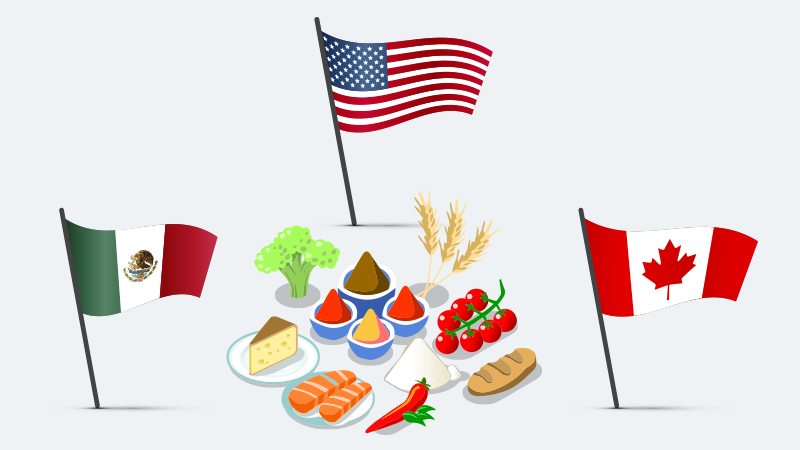 The United States, Canada and Mexico forged a last-minute pact to save the contentious NAFTA trade deal, which was about to collapse after getting caught in the political crossfire for nearly 18 months.

Soon after being elected to the office, U.S. President Donald Trump had said his government will renegotiate the North American Free Trade Agreement (NAFTA) trade deal with Mexico and Canada.  The administration, which is not a big fan of multi-country free trade deals, had also walked out of the proposed Trans Pacific Partnership (TPP).

Diplomatic relations between U.S., Mexico and Canada had soured as the Trump administration threatened to impose tariffs on goods and services flowing from the other two countries.

The new United States-Mexico-Canada Agreement (USMCA) contains new trade rules of origin to drive higher wages by requiring that 40-45 percent of auto content be made by workers earning at least $16 per hour. This will make it harder for global auto makers to build cars cheaply in Mexico and is aimed at bringing more jobs into the U.S.

“We stand ready to be a collaborative partner to ensure this agreement is ratified in all three markets because it will support an integrated, globally competitive automotive business in North America. The benefits of scale and global reach will help to drive volume and support manufacturing jobs,” Joe Hinrichs, Ford Motor Co’s executive vice president and president of Global Operations said in a statement.

However, the United Autoworkers Union (UAW), which has a member base of nearly 430,000, was skeptical.

“The true test of a new NAFTA agreement will be in whether it protects and enhances opportunities for the U.S. workforce and leads to higher wages and benefits for UAW members and manufacturing workers who have suffered for far too long,” UAW President Gary Jones said in a statement.

Automobiles and auto parts are the biggest imports from Mexico.  However, imposing a flat import tax on automobiles produced in Mexico would have been a tricky affair because tens of thousands of parts that make up a vehicle often come from multiple producers in different countries and travel back and forth across U.S. – Mexico borders several times, making it difficult to determine the origin of production.

For example, more than half the parts in the Ford Focus today are made outside the U.S. and Canada, including 20 percent in Mexico. Ford also ships in some of the car’s engines from Spain and transmissions from Germany, according to an earlier report by the Wall Street Journal.

The new deal also broadly addresses the protection of intellectual property of U.S. companies -- an important issue pressed forward by the U.S. negotiators.

The deal includes 10 years of data protection for biologic drugs. The deal also proposes to ensure that U.S. innovators, including small- and medium-sized businesses, are able to protect their inventions with patents.

While U.S. has a trade deficit with many countries in goods and services, it has had a positive trade balance in the agricultural sector since 1960.

If automobiles were the bone of contention between U.S. and Mexico, it was Dairy that was one of the prime reasons for the standoff between Canada and the U.S.

“This has happened, despite assurances that our government would not sign a bad deal for Canadians. We fail to see how this deal can be good for the 220,000 Canadian families that depend on dairy for their livelihood,” Pierre Lampron, president of Dairy Farmers of Canada said in a statement.