Home / Insights / Frustrated over a lack of readymade cost models, an ex-CPO invests in a start-up

Frustrated over a lack of readymade cost models, an ex-CPO invests in a start-up 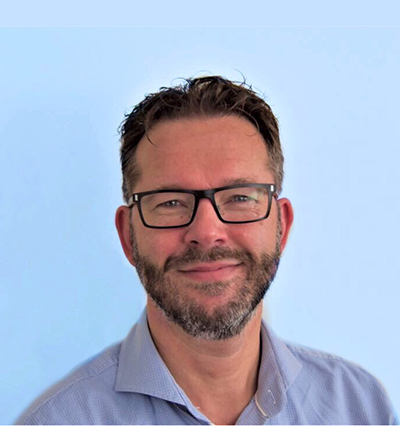 In the previous edition, we discussed how Schneider Electric’s procurement team is bucking the trend by working with exciting new start-ups.

Over the years, we have seen many CPOs who have become successful independent consultants. However, how many procurement professionals, including CPOs, have launched start-ups -- especially product companies that aspire to work with Procurement Organizations, big and small?

We did some homework. Nearly 5,000 purchasing professionals across the globe have “founded” or “co-founded” various types of start-ups -- ranging from gardening solutions and procurement forums to fashion retail and consulting services -- as per Beroe analysis.

A few concurrently work as full-time employees in other organizations while managing their start-up ventures on the sidelines; whereas several of them have quit their jobs to manage their new-found businesses.

One such company co-founded by an ex-CPO is Buynamics. Its tellingly-named product, What’s The Price, is a should-cost modelling software that helps procurement managers decode cost drivers for thousands of products (including cat food).

It was lunchtime in the Dutch town of Rossum when Buynamics’ co-founder, Robert Driessen, received Beroe’s phone call. Rossum is an hour’s drive from the Dutch capital, Amsterdam.

Robert happens to be a self-confessed music buff, so the hour-long conversation was peppered with references to various genres of music -- from 60s jazz, 70s rock, and new-age, to Israeli and Indian music.

So, where did it all begin? “I started as a management trainee with Plieger, a well-known Dutch wholesaler of electrical, plumbing, and hardware implements. This is the family company of Jan-Paul Plieger, who is now one of the co-founders (of Buynamics),” Robert told Beroe in an exclusive interview.

It is interesting to note that the scion of the company where Robert began his career is now his business partner at Buynamics. And over the years, both appeared to have lost their hearts to the purchasing function.

“I met Jan-Paul 25 years ago. We were working together at Plieger for about 10 years. And then we both left the company, going our separate ways. 12 years later, we met again. And we, of course, always stayed in contact,” he said.

Robert had spent his entire career working for retail and wholesale companies in the Netherlands. Although the companies primarily had local business operations, Robert had travelled extensively in Europe and Asia to source products. “Ours has been historically a trading nation, and in keeping with the tradition I too travelled the world, looking for suppliers in faraway lands,” he quipped.

When questioned as to how deep and varied the procurement function was in those four Dutch companies that he was part of, Robert gave an interesting nugget -- in a career spanning 20 years, he was in over 4,000 negotiations and managed a cumulative spend of about 6 billion euros.

During the end of his CPO tenure, Robert said his frustration with procurement was growing. There was, he claimed, a lack of credible data to check and compute the cost drivers of the products that he was sourcing from many different suppliers.

“I always tried to start the negotiation with a supplier by talking about open-book calculations: ‘Please tell me about the cost drivers -- what is the margin and so forth -- and let us discuss in a transparent way what is going on in the business’. However, most of the account managers were not willing to have that discussion. They wanted to keep all relevant data to themselves. They only shared data in case they wanted to increase the price -- and then suddenly they were transparent! Only then will they make you see everything that happens within the business -- because you need to pay a higher price,” he elaborated.

In 2016, Robert began applying fact-based data in his negotiations. At around the same time, Jan-Paul Plieger was focused on data and synergy within procurement.

“Jan-Paul provided me with price data for 150 commodities and I was confident that I could successfully pull off a supplier negotiation. I sat down with a vendor to buy paper-punching machines. The data showed the price of aluminium had been on the wane for quite some time. I had asked for a discount but the vendor said the price of rubber that goes into the paper punching machines went up, neutralising the price-drop of aluminium. Alas, I did not have rubber price data with me.

"I got so frustrated, so I went back to Jan-Paul. I told him that we really needed to solve this. I wanted to see the price breakdown of all the commodities that go into the punching machines: aluminium, rubber, plastics, and others. There began our adventure,” Robert said, before pausing for a brief moment to gather his thoughts.

At this juncture, Jan-Paul Plieger himself weighed in on the discussion:

“It was so frustrating to experience that in every negotiation, the supplier had so much more product information and knowledge than I had. They always had a major advantage. We tried to address the knowledge gap with the creation of a cost modelling product. We have designed the product in such a way that the buyer gets a pretty good idea of the real cost of the product within a few clicks. Damn, I wish I could do some of these negotiations all over again!”

After fruitlessly scouring for a readymade should-cost modelling tool in the market, both Robert and Jan-Paul decided that it would make sense to create a product themselves. 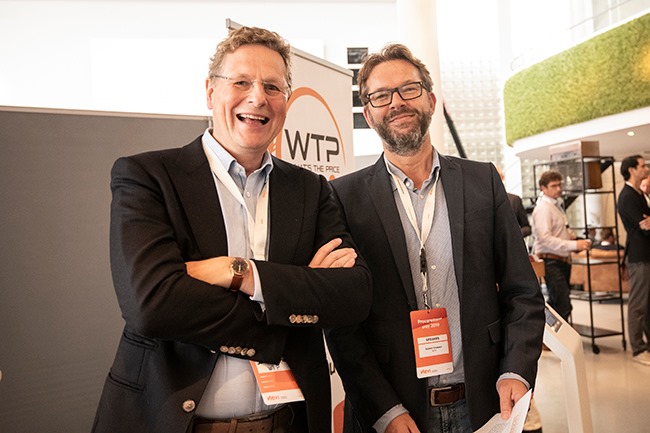 Selling to CPOs as an Ex-CPO

Robert met hundreds of CPOs to sell subscriptions to the cost-modelling tool.

“Because we have been buyers for such a long time, the CPOs understand that we have developed something that is focused on procurement, so they show interest in knowing more. Moreover, at times, there is 100 percent enthusiasm due to a combination of our background in purchasing and what we are trying to do here: provide cookie-cutter cost drivers for products that procurement buys,” he said.

Robert added that even though the cost-modelling tool was based on their buying experience, over the last five years or so they have had a new release almost every month. The roadmap is based on feedback from their customers.

“We do not want to present 10,000 different commodities in one go -- we only want to add relevant commodities to the tool and give the buyers the opportunity to build cost-price models themselves. Moreover, it is our customers who tell us what it is relevant. So, when they say 1,000 are okay, but we miss, say, 15 must-have commodities for a client, then it is our task to search for reliable information to add new data to the tool. That is the reason we have grown from 150 to 1,500 commodities now. It is only based on customer requests,” he explained.

On Funding and Profitability

Eventually, our conversation touched on the inevitable: funding sources and profitability. Robert said they neither sought venture capital nor opted for loans (bank credit) to grow the business.

“Let me be honest. Jan-Paul and I invested 5,000 euros each in the beginning. The company had an initial capital of 10,000 euros. That is all! I agree that is hardly any money! And then, because we sell subscriptions, we request our customers to pay in advance. With the first customer cheque coming in, we hired the first developer. We kept growing like that until now. Currently, Buynamics employs 20 people.

“If we attracted external investment through equity or loans, I agree that we would be able to grow faster and scale up faster. We are very reluctant and would prefer to remain ‘independent’ as long as possible. In other words, we do not want to have any external investors breathing down our neck to score faster returns. We are doing this out of passion, and in that process, we also turn a handsome profit,” Robert reasoned.

When questioned as to whether this conservative approach to finance stems from the fact that both co-founders come from a procurement background, Robert laughed before concluding our call, “Yeah, you could say that we are conservative about finance due to our purchasing background. We are Procurement; we just hate to spend money unnecessarily”.