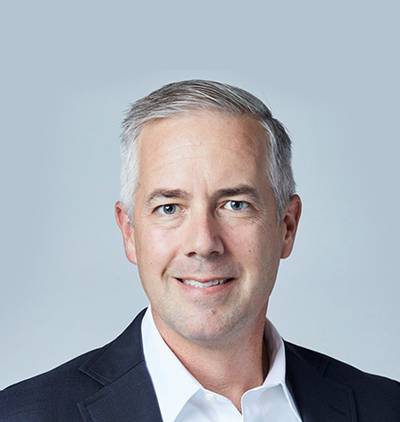 One can say that the era of startups began during the late 20th century. Many startups have progressed to become tech behemoths, which in turn have spawned whole new ecosystems teeming with innovation.

The global startup economy created nearly $3 trillion in value, a figure on par with the GDP of a G7 economy; 2019 saw close to $300 billion in venture capital investments around the world, according to a report by Startup Genome, a research and policy advisory organization.

In general, it has often been a challenge for Procurement Organizations to work with startups -- either the firms may be too small to make the cut or the RFP process often eliminates fledging firms for want of more company-related data and information.

However, that is not the case with Paris-based Schneider Electric, which is at the forefront of working with startups. The rising green ambition among the world’s biggest companies necessitates Schneider’s Procurement team to work with exciting, new startups to help business deliver innovative solutions to customers.

It was a late morning in Hong Kong when Schneider Electric's Chief Procurement Officer (CPO) Dan Bartel received Beroe’s phone call. Dan had by then spent a little more than two weeks in a hotel room following the COVID-19 quarantine regulations for incoming travelers.

“My current hobby is suffering quarantine for three weeks because I just got back to Hong Kong after spending Christmas and New Year in the U.S. I only have six days left and I can’t wait to step out. I love the outdoors. I love to do downhill skiing in the wintertime and hiking in the summertime,” Dan mused.

Our conversation then eventually veered towards supplier innovation and working with startups.

“What connects me to this industry? It's about energy. It's about driving efficiency, driving sustainability for everyone in the world. I think if you look on the surface of the marketing materials of companies in this industry, they seem quite similar. But when you dig down deep and look at the DNA of the companies, Schneider stands out for me,” Dan told Beroe in an exclusive interview.

Just a day prior to our call, news emerged that Schneider Electric had topped the global league of green firms. The company had zoomed to the top of the annual Global 100 index, from a ranking of 29 last year. The green company league table is compiled by researcher Corporate Knights. It ranks over 8,000 publicly listed companies that generate annual revenue of over $1 billion on sustainability parameters.

Often, it is challenging for a traditional Procurement Organization to readily work with an innovative startup.

“I agree it's not easy, especially for traditional big companies, who have set processes on how they onboard and qualify, and manage suppliers. Organization design has to be in such a way that it helps them to work with startups -- of course, there is no one right answer on this point,” Dan said.

He then continued to explain how the organization design that had evolved at Schneider over the past 10 years or so is providing an enabling environment to tap into supplier innovation.

The three main pillars of Schneider’s centralized procurement function, which helps the team to tap into supplier innovation, are as follows:

“Procurement people are mostly embedded in factories, responsible for the execution. And they have a close link to the senior leadership that's running the factories, region by region, in such a manner that we can stay close to our customers and remain nimble as a supply chain.

“The category management setup is a mix of regional and global, depending on the nature of each of the supply markets. For example, electronic components are global by nature, while plastic injection molding or packaging are regional or even local in nature.

“So those are the folks setting the strategy, manage supplier relationships, and serve as a link between the lines of business and manufacturing operations to make sure that suppliers are performing as expected,” Dan elaborated.

The third important piece, according to Dan, is what is internally known as Offer Creation Procurement (OCP) -- or in other words what is generally known as “new product introduction.”

“This is usually the people that are managing the startups. They are connected very closely to the categories and the regions. They physically sit along with the R&D and the marketing teams that are working on new products and service offerings. They are funded by the line of business and in terms of how we do the budget.

And those folks are accountable to support new product developments,” he explained.

OCP, as per Dan, is a great learning ground for procurement team members for understanding the business. The acquired working knowledge of the technology would make people much more effective category managers.

Vetting a new product requires technical expertise and many people in the sourcing function are engineers by training. They team up with the R&D to evaluate the offerings of various suppliers.

“We're not doing this by ourselves. We may be in the lead, but we're not alone. We rely quite heavily on the R&D teams in the process of vetting those innovations from a technical perspective, for their suitability.

“And also, I think, it's important to me that we rotate people, among those three pillars of procurement. Otherwise, we create silos, right? We have a very purposeful process in our talent management to make sure that between the regional operational organizations, the category management, and OCP, that people are being rotated,” he said.

Schneider’s procurement spend is roughly 50 percent of its revenue. As of 2019, the spend was at about $15 billion. The company has incorporated over 690 supplier innovations over the past eight years.

“75 percent of the innovations that we embed are coming from startups now and 25 percent are coming from our strategic suppliers. I would say five years ago -- you could flip that around -- it was almost the opposite. Much heavier emphasis on startups has been the trend. And this is, I think, again, mainly driven by the types of innovations that we need to embed in our products,” according to Dan.

One of the top challenges for Dan’s team is sourcing innovations from the supply market. So what drives them to the startups? Dan listed out the following scenarios:

“We're a company that has been operating for more than 100 years. We're one of the early manufacturers of circuit breakers, which were designed perhaps about 100 years ago. So we have core competence in R&D and we look to fill the gap, where required, with the help of startups and strategic suppliers,” he said.

What is the deciding factor that compels the procurement team to choose either a startup or a traditional supplier?

“It's simply for me the technological need. That's the thrust. What is the technical problem we're trying to solve? That's what drives it. I would say then, okay, where do we go for that technology?

“You can't just review technological roadmaps once a year because the environment is changing too quickly. It's one of the struggles we face. We can’t just wake up one day and say ‘okay, let's go find suppliers that might have the ability to offer us the required technology’ -- such an approach won’t work. Next comes the challenge of scouting. And as we go scouting, we build up some intelligence. But a year and a half, two years from now, if a similar problem presents itself, we can't just go back to the work we did two years ago and say, well, we just have to find the solution to the problem here -- because the market environment will have changed. Two years is a lifetime in the startup industry. So yeah, the level of effort that has to go into the scouting is just one thing that you need to be prepared for in order to be successful in working with startups,” he elaborated.

The company works with startups across the globe. When questioned on the nature of the partnership with the startups -- as to whether his team prefers an exclusive patent-based partnership, or do they opt for a plain-vanilla service agreement -- Dan said it’s all over the map. “Each situation is unique to each one.”

When asked about how to avoid potential pitfalls in working with startups, Dan was candid:

“Well, I will put it this way: there are two approaches, the ‘traditional process’ and the ‘startup process’. The traditional processes are there because they're effective, and they drive a certain result that we need in terms of quality, service, etc. But the reason we go for something different on startups is mostly because of speed.

We'll run into problems when we can easily apply the traditional process to a situation where we should have used the startup process. You know, that's the only time we get into trouble. And it's one of the things that we test the sounding board to solve for us: what are the deciding factors on which processes to apply? Because if we apply the nimble, startup process to everything, then we lose control,” he concluded.

Large organizations and start ups is not easy to match. I like the idea of Offer Creation Procurement (OCP).

"Supplier management" is essentially "risk management" and in a risk-averse environment its tough to change hearts and minds when you see the opportunity cost of pushing start ups through the cookie cutter standard models. I initiated a process similar to OCP for a major customer of Schneider a few years ago to help onboard start-ups rapidly and manage them differently (what are two guys in a garage going to do with a PO?) But I'd say Schneider is well ahead of the game here. I'd love to know how it's start-up process works in detail and where I should have pushed harder against the prevailing orthodoxy for my process to have been improved.