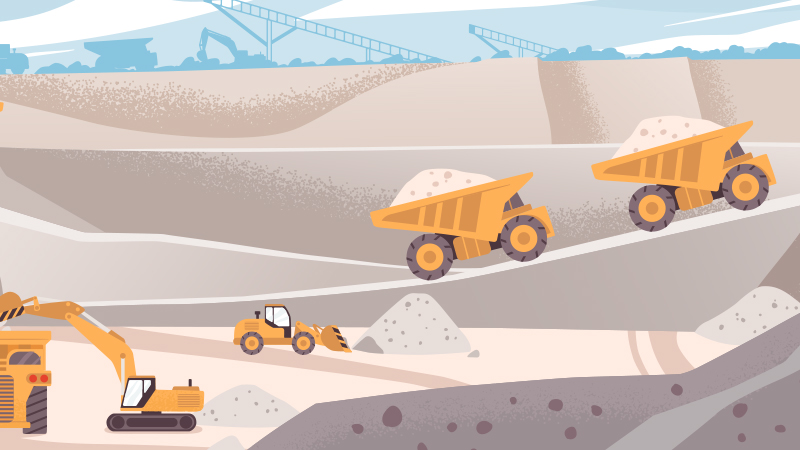 A series of  significant challenges, including an uncertain mining cycle and the intensification of environmental issues, has forced the mining industry into its next big transformation. Moreover, falling grades are forcing companies to target resources that were previously considered non economical. Mining firms are re-thinking their strategies in order to sustain themselves in this challenging business environment. This article discusses a comparative analysis of various ore transportation models and opportunities in sustainable mining solutions—specifically, In-Pit Crushing and Conveying (IPCC) and electric vehicles (EVs) (which aim at a drastic reduction in expense (capital expenditures (CAPEX) / operating expenses (OPEX)) along with a reduction in the carbon footprint), by highlighting various case studies implemented across the globe.

The slump in the mining industry, especially in the current decade, has created an array  of challenges for miners. Delays in demand recovery in the global economy and intensification of environmental commitments has forced mining companies to rethink their strategies to address these concerns. Transporting run off mine and verburden/gangue is an area of focus as it accounts for more than half of the operating cost. Depleting grades have further aggregated the operation scenario, which in turn, translate to added hauling distance. As the existing method would incur additional expenses, an alternate solution is required.

IPCC and electrical vehicles (EV) are the future. Recently, these proven and tested technologies have been used by major mining firms in pilot projects, and have resulted in significant direct and indirect cost savings. Though the initial capital involved is currently restricting the growth of these technologies, a long term benefits assessment indicates low operating expenses and a reduced carbon footprint, which would offset the initial investment.

IPCC is a single solution that combines various post-mining-pre-milling processes like crushing and transportation, and thus increases overall efficiency. It consists of conveyor system/high angle conveyor (HAC), a mobile crushing unit, and an electric shovel/hydraulic excavator. In more than 85% of studies, IPCC resulted in larger operating savings as compared to the truck/shovel model. In addition, the technology reduces one’s carbon footprint, and results in lower cost per ton and diesel consumption. The following flowchart provides a detailed explanation of the processes of the IPCC model.

California-based manufacturer Artisan Vehicles has developed fully-electric underground (UG) vehicles. The company, which initially established its public presence in the 2016 mine expo through the launch of its Load Haul Dump (LHD) (A4) UG mining, has developed world’s first fully-electric 40-ton haul truck.

An overview of the vehicles is presented in the following table.

The largest magnetite project in Australia located in Eyre Peninsula is planned for mine optimization in 2014/2015 to extend mine life and increase output to 24 mtpa from 20 mtpa.

Coal Mine project in India

All the aforementioned factors prove that the HAC system is most economical for ore transportation.

In comparing various models, the IPCC resulted in additional savings in 85% of the cases.

A comparison of various ore transportation models are listed below.