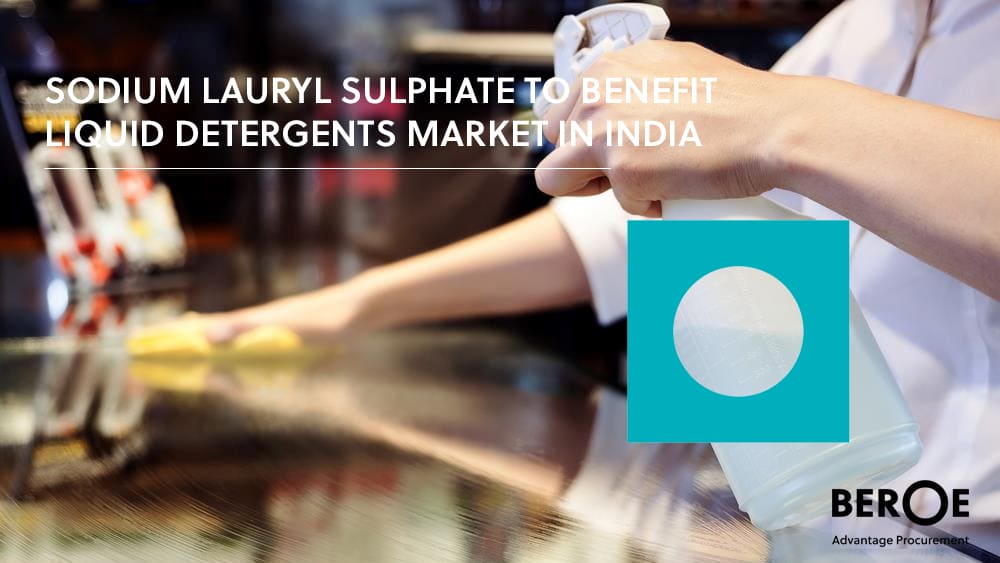 Home care segment in India consists of laundry care, dish wash, surface cleaner and air care in which laundry care market is expected to hold more than 69 percent of total home care segment. In 2015, it is estimated that the detergent market in India will be around $5.3 billion. The detergent market is expected to grow at a CAGR of 8.7 percent annually till 2019, majorly driven by the convenience of usage, increased purchasing power, aggressive advertising and increased penetration of washing machines.

Growth of liquid detergents in India:

In 2015, liquid detergent market accounted for ~$0.9 billion, the fastest growing segment in laundry care market in India with CAGR of 10 percent annually till 2019. The liquid detergents market started during 2013 with the launch of Surf Excel liquid by Hindustan Unilever. The major reason for the exponential growth of liquid detergents is due to the increased penetration of washing machine, increased advertising on the liquid detergents and ease of use which is more effective than powder and soap.

Currently, 10 percent of all Indian households own a washing machine and the market is expected to grow at a CAGR of 11 percent annually till 2018. Major raw materials used in the production of detergents are surfactants with linear alkyl benzene sulphate and sodium lauryl sulphate being the key surfactants.

Surfactant is the key material used in the production of detergents; major surfactants are linear alkyl benzene sulphate, sodium lauryl sulphate (SLS) and sodium lauryl ether sulphate (SLES). Linear alkyl benzene sulphate holds 40 percent of the overall surfactant market followed by SLS and SLES with 35 percent, majorly used in applications such as detergents, dish wash and personal care industries. Laundry detergent applications in India consume more than 60 percent of the overall surfactants. Sodium lauryl sulphate is used as a cleansing agent in personal care products and detergents. Its functional properties include exceptional lather and lending density to products. SLS is widely used in various applications by changing the concentration of the product, for example, dish wash liquid will have more concentrated SLS than in shampoos.

In India, overall capacity of SLS and SLES is close to 200 KMT as of 2015. Out of this, 130 KMT is for SLES and 60 KMT for SLS. Demand for SLS is expected to be about 55 KMT in 2015 and is poised to grow at a CAGR of ~3 percent for the next 3 years. Currently, there is enough capacity available in the market to satisfy the growth of its demand. However, enough capacity addition is needed to satisfy the demand in future; else the market will depend on the imports in future. 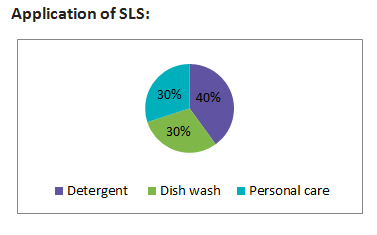 A shift is happening in personal care industry with many personal care products coming into the market with the tag of “SLS free product”. There are some detrimental effects in using SLS in personal care products. It tends to remove moisture and make the skin extremely dry. It has been reported that those with sensitive skin may develop a rash or redness in the long run due to the presence of SLS in the products. SLS could also create allergic reaction and cause irritation and dandruff.