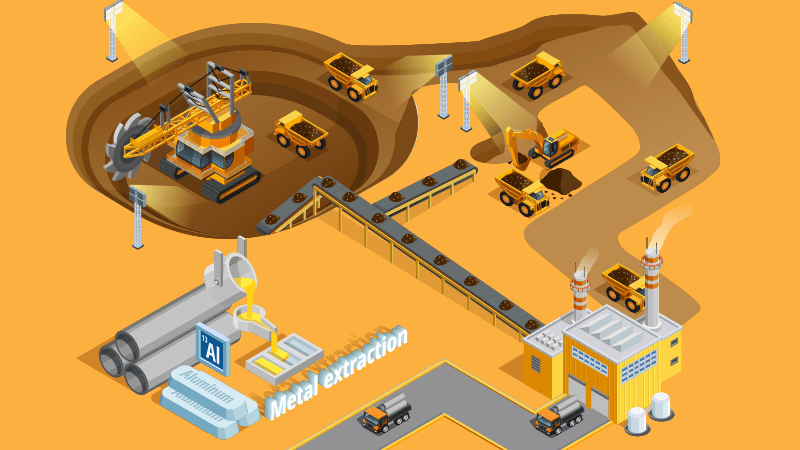 The rare earth elements (REE) are 17 metallic elements, including fifteen lanthanides in the periodic table and scandium and yttrium. REE are necessary components of more than 200 products across a wide range of applications, especially high-tech consumer products such as cellular telephones, computer hard drives, electric and hybrid vehicles, and flat-screen monitors and televisions. Significant defense applications include electronic displays, guidance systems, lasers, and radar and sonar systems. Although the amount of REE used in a product may not be a significant portion of that product by weight, value, or volume, the REE can be necessary for the device to function.

The global REE market was estimated at 145,000 MT in 2018, driven by the demand for magnets in automobiles and energy generation—sectors that significantly contribute to the growth of this market during the forecast period. Although global consumption increased, prices for yttrium metal and oxide remained nearly unchanged in 2018 given an abundance of supply.

During the forecast period, magnets held the dominant market share for both volume and revenue. This segment grows at a cumulative average growth rate of more than 8.2 percent for revenue and 7.2 percent for market volume. The catalysts application segment has the second-largest market share in the global rare earth metals market for both volume and revenue. In 2016, the catalysts application segment contributed more than a 23-percent share of the global rare earth metals market.

The leading end uses of yttrium are in ceramics, metallurgy, and phosphors. In ceramic applications, yttrium compounds are used in abrasives, bearings and seals, high-temperature refractories for continuous-casting nozzles, jet-engine coatings, oxygen sensors in automobile engines, and wear-resistant and corrosion-resistant cutting tools.

In metallurgical applications, yttrium is used as a grain-refining additive and deoxidizer. Yttrium is also used in heating-element alloys, high-temperature superconductors, and superalloys. In electronics, yttrium-iron garnets are components in microwave radar and control high-frequency signals, among others.

The expanding use of europium in the production of blue and red phosphors, broadly used in all smartphones, televisions, and flat displays, is anticipated to boost demand for the product during the forecast period. Catalysts and permanent magnet application sections are likewise anticipated to witness quick development attributable to expanding applications in automotive and semiconductors.

Of the 17 REE, some have proven to be rarer than others. Neodymium and praseodymium (NdPr)—two metals that are instrumental to the rapidly expanding green energy and electric vehicle (EV) sectors—saw the largest demand and price movements in 2018. Demand for the metals, which are used to make high-strength magnets for wind turbines and EV engines, are expected to grow as more EVs are manufactured and as clean-energy strategies are adopted.

Increased demand has understandably raised interest in these metals, creating a number of significant developments in 2018. These developments include a boost in production and exploration, output halts, REE recycling, potential tariffs, and political tensions.

Most of the supply of rare earth elements is from authorized and third-party distributors through short- and medium-term contracts.  Entering into short-term contracts is advised when buying metals because prices are volatile and, hence, consumers can take advantage of price declines to schedule large purchases and build inventories.