"Make in India" initiative provides the impetus for chemical industry

This article aims to analyze the “Make in India” initiative which focuses on making India a global manufacturing hub and its impact on the Indian economy. Key thrust of the programme is to bring down delays in clearance of manufacturing projects, develop adequate infrastructure and make it easier for companies to do business in India. The 25 key sectors identified under the programme include automobiles, auto components, bio-technology, chemicals, defense manufacturing, electronic systems, food processing, leather, mining, oil and gas, ports, railways, and textiles.

"Make in India" is a sales pitch the Prime Minister is making on 25 key industries to attract foreign businesses to India. The objective of this initiative is to ensure that the contribution of the manufacturing sector, which is around 15 percent of the country’s Gross Domestic Product (GDP), is increased to 25 percent in the next few years.

The Government of India’s ambitious initiative aims to transform the country from being Asia’s third-largest economy into a global manufacturing powerhouse. The initiative has set an ambitious goal of creating 100 million additional jobs in the manufacturing sector by 2022.

The initiative has helped India to secure the top spot and become the top destination in the world for foreign investment. Since the launch of the initiative, overall Foreign Direct Investment (FDI) has increased by 39 percent. 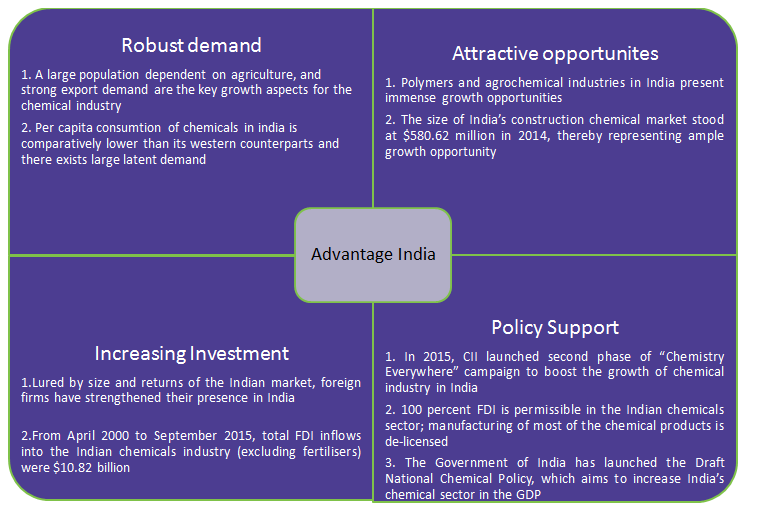 Evolution of the Indian chemical industry

Domestic and external demand driving growth in the sector 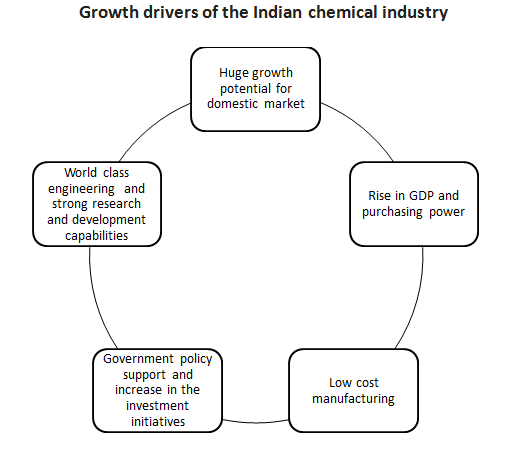