Impact of FASTag on the Indian Road Freight Industry 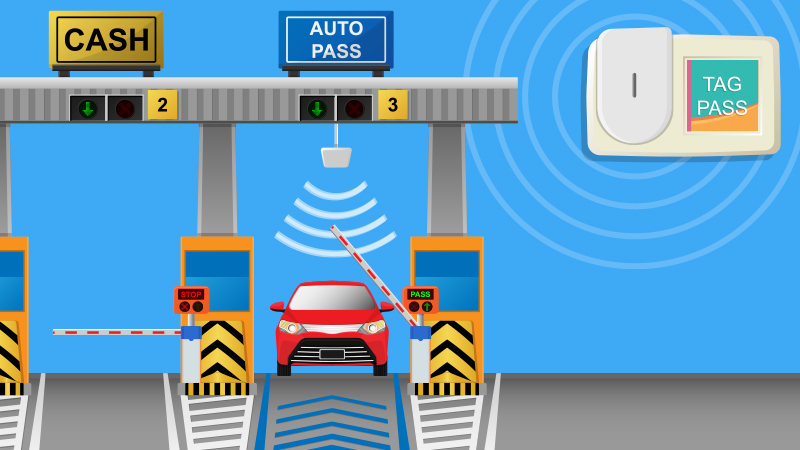 FASTag is a radio frequency identification-enabled system that facilitates toll collection from all four-wheeler and above vehicles at toll plazas. This government initiative was introduced in response to an indefinite strike called by the All India Motor Transport Congress in October 2015 against the toll collection and delays at toll plazas. This system has taken giant strides since 2016 with respect to its implementation, which was made mandatory in December 2019.

FASTag has received mix response throughout the country. Different stakeholders have different opinions concerning FASTag adoption. This article discusses the current state of its implementation as of December 2019, practical adoption challenges faced by different stakeholders, cost benefits that shippers and trucking companies can achieve through the use of FASTag, and the market outlook of FASTag in India.

FASTag adoption was made mandatory from Dec. 15, 2019 and later its deadline was extended to Jan. 15, 2020. Of the 520 toll plazas in India, 440 toll plazas are FASTag-enabled, as of December 2019. Punjab and Haryana have been ahead in terms of FASTag usage; FASTag transactions account for 23 percent of the total toll volume in these two states, together comprising 38 toll plazas and 444 lanes. Delhi’s NCR region has also been leading with FASTag adoption and implementation. In September 2019, 3.97 lakh vehicles made cash payments at toll plazas, while 1.25 lakh used FASTag. 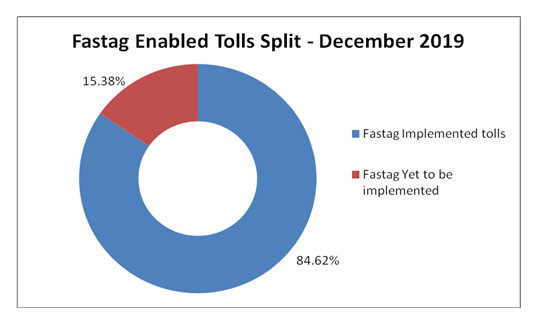 Across the country, 72 lakh vehicles have already been affixed with FASTag; the governement expects about 11 lakh FASTag transactions per day, generating a projected revenue of 25–30 million rupees and a toll volume of 40 percent. All toll plazas implemented FASTag from January 2020.

The above table considers cost savings in the case of 18 MT closed body trucks. Savings with respect to cost is minimal and is subject to change based on the distance, number of tolls, and the type of vehicle used.