Impact of E-Commerce in the Corrugate Market – North America 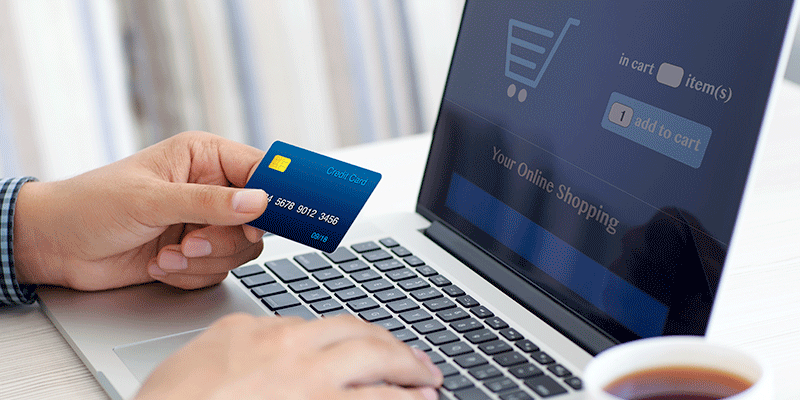 E-commerce accounted for less than 1 percent of total retail sales in early 2000, rising to 4.5 percent of sales in 2010 and 9.5 percent in Q1 2018. Annual growth in e-commerce sales has averaged more than 15 percent since 2010, and the percentage growth has been quite consistent during this period. But starting in 2014, e-commerce hit a critical mass when this double-digit growth led to a tremendous increase in spending. E-commerce spending grew roughly $7.6 billion per year from 2011 to 2013, then jumped to $10.4 billion in 2015 and $15.5 billion in 2017.

The growth of e-commerce not only drives the volume demand for the paper packaging industry but also increases complexity and the need for new innovations—more than before. In the present Internet world, corrugated boxes are the central physical interaction item between the e-retailer and the consumer and have strategic importance for customer perceptions of the brand. Paper enjoys environmental benefits over plastic and helps create a premium effect that is set to enjoy years of growth in demand along with e-commerce.

This article provides insights into how the e-commerce landscape affects corrugated box demand in North America.

The nondurable consumer goods market during the 2011–2013 period witnessed average growth lower than 0.5 percent. As the economy strengthened in 2014, consumer spending improved and demand started to surge, as did production. This level of increase was reflected in corrugated box shipments that increased to 1.2 percent in the same year.

Since 2015, U.S. box shipment growth gradually ‘recoupled’ with real GDP growth. In 2017, the 2.5 percent increase in box shipments was comparable to the 2.3 percent growth in real GDP.

Apart from the retail and agricultural segments, e-commerce is expected to have a compounded average growth rate of 10 to 20 percent in the coming years, which will drive demand for the boxes.

E-commerce accounted for less than 1 percent of total retail sales in early 2000, rising to 4.5 percent of sales in 2010 and 9.5 percent in Q1 2018. Growth in e-commerce sales has averaged more than 15 percent per year since 2010, and the percentage growth has been quite consistent during this period. However, starting in 2014, e-commerce hit a critical mass and the double-digit growth led to a tremendous increase in spending. E-commerce spending grew roughly $7.6 billion per year from 2011 to 2013, then jumped to $10.4 billion in 2015 and $15.5 billion in 2017. 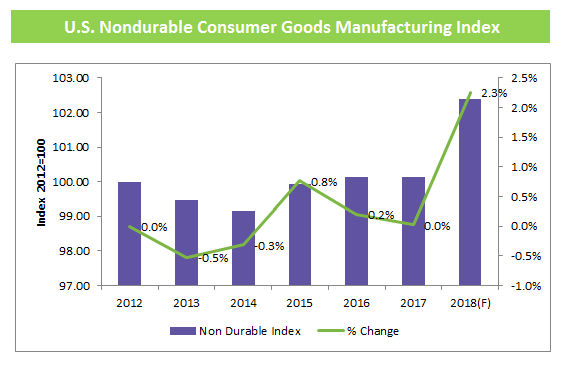 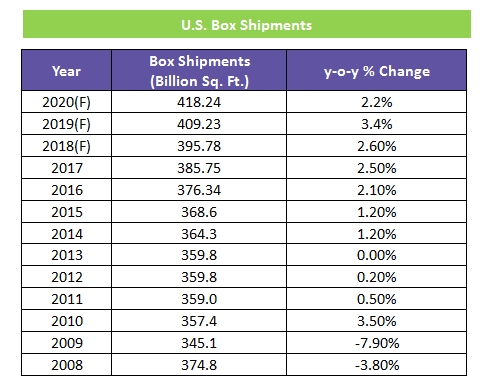 E-commerce has added 20–23 billion sq. ft. to corrugated box demand during the last four years. This amount translates into roughly 1.5 million additional tons of containerboard demand on top of the growth provided by the broad manufacturing sector. For anyone who wants to look at the boost in terms of growth rates, e-commerce is adding somewhere between 100–150 basis points to the growth rate for box shipments.

E-commerce is rapidly changing the retail space and has a direct impact on the demand for corrugated boxes and containerboard. E-commerce sales for global fast-moving consumer goods (FMCG) grew by around 26 percent in 2016 and contributed to 35 percent of global FMCG growth.

Consumer trends in e-commerce are anticipated to prevail in the near future given the increasing buying power of millennials and evolving customer expectations in a new environment of convenience. It is estimated that, at present, e-commerce represents only about 5–7 percent of total U.S. retail sales but is anticipated to account for around 11–12 percent of all retail sales by 2025. Double-digit growth rates are estimated for e-commerce during the next decade.

The paper packaging industry is one of the big winners from these developments, but it also faces several challenges.

To address these issues, several new solutions and technologies are being implemented to create boxes that fit the exact sizes of the packed products at the e-retailer location. Small and flexible sheet plants with tailored packaging solutions are competing to supply e-commerce demand against large and established peers. Unique composite solutions are being developed for the e-commerce market.

The growth of e-commerce means not only new volume for the paper packaging industry but also increasing complexity and a greater need than before to work together with the packaging buyer. In the online world, corrugated boxes represent the central physical interaction item between the e-retailer and the consumer and have strategic importance for customer perceptions of a brand. Paper enjoys environmental benefits over plastic, helps to create a premium ‘wow’ effect, and is set to enjoy years of demand growth together with e-commerce.