Impact of OCC Regulations in China 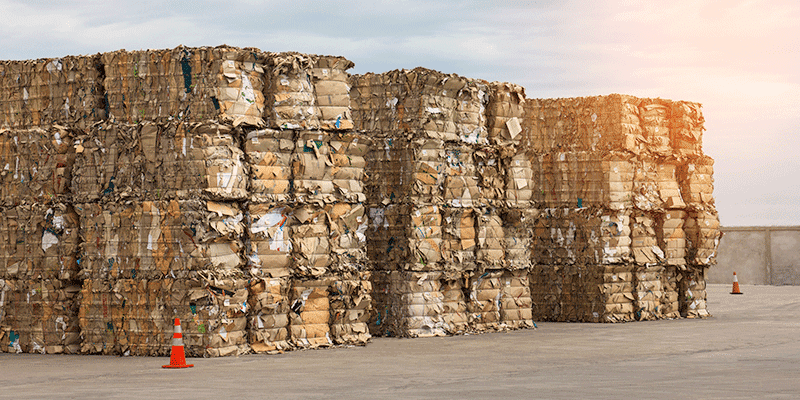 The Chinese Recovered Paper Import Policies witnessed significant changes in H2 2017 with a ban on mixed paper imports that came into effect at the start of Q1 2018. There was also a significant decrease in scrap paper imports after the Chinese government revoked the OCC import licenses granted to mills.

OCC, which is a major type of RCP used widely in containerboard production, was affected as the import licenses of many Chinese mills that did not comply with the environmental standards were revoked after a thorough inspection by the Chinese authorities. As a result, imports of OCC from the U.S. and EU reduced significantly leading to a restricted supply.

Further, in May 2018 China imposed further restrictions on recovered paper imports, specifically targeting the U.S. with a ruling that all cargoes from the U.S. arriving in the country between May 4 and June 4 would be inspected, as opposed to the roughly one-thirds earlier.

With pre-inspections being mandatory for any cargo to be exported to China, this new ruling effectively amounts to a complete ban on recovered paper imports from the U.S. for a month. However, in the third week of May 2018, China unexpectedly announced the resumption of the pre-inspections of U.S. exports effectively ending its ban on OCC imports from the U.S. about two weeks early.

Further, the Chinese authorities did not repeal the regulation requiring all containers of recovered fiber from the U.S. to be inspected as they arrive at the country’s ports. This rule has reportedly led to enormous delays at the Chinese ports for recent RCP shipments.

This article will provide insights on the proposed ban on mixed paper and the ongoing OCC import restrictions by addressing the following points:

The Chinese Recovered Paper Import Policies witnessed significant changes in H2 2017 with talks of a potential ban on mixed paper imports that came into effect at the start of Q1 2018. China notified WTO of a ban on 24 types of waste that included mixed paper. Though OCC was not named in the ban, it was subjected to import restrictions with a revised contamination standard. 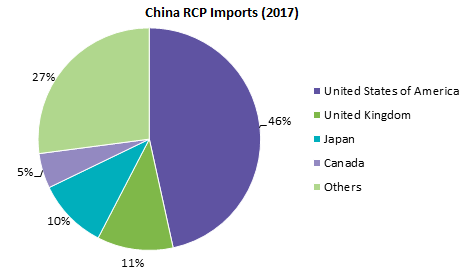 This led to a drastic drop in the OCC Imports from the U.S., which is a major exporter to China, causing a restricted supply of OCC in the Chinese market. Further, the corrugated box prices in China have significantly increased because of increased raw material prices. Since the regulations came into effect in 2017, there have also been a few revamps on issue of import permits and the allowable contamination limit, which was lowered to 0.5 percent from the initial 1.5 percent. 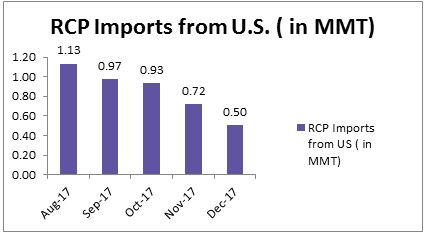 In the recent past there have been several changes to the inspection and pre-inspection policies for recovered paper imports. The Chinese authorities announced on May 3, 2018 that all shipments of recovered paper from the U.S. would be inspected, the China Certification and Inspection Group (CCIC) in North America would halt all its pre-inspections of shipments from the U.S. to China from May 4 through June 4, the supplier self-inspection mechanism in place for decades would be abolished, and authorized only CCIC to inspect all RCP shipments. This rule immediately raised concerns in the RCP industry over the understaffed CCIC’s ability to process all the RCP cargoes exported to China globally, especially from the U.S.

However, the supply of RCP from the U.S. to China saw some amelioration after the Chinese government allowed pre-shipment self-inspections by suppliers to continue. The market for RCP imports from the U.S. into China returned to normal after the Chinese government abruptly lifted the ban on May 22. As few suppliers in the U.S. market cancelled their bookings for RCP exports to China, the Chinese authorities allowed the self-inspection to continue until end of July 2018 to ease the situation. CCIC North America resumed operations on June 8 after being on suspension since May 4. The grace period given to the self-inspection was only three weeks and gave the U.S. suppliers breathing room to clear the backlogs of RCP exports to China, while making offers to Chinese paper mills. However, the Chinese government’s May 28 notification does not bind suppliers exclusively to the CCIC but allows any third party to carry out physical pre-loading inspections provided it registers itself with the GAC and gets approval from the GAC’s headquarters in Beijing.

Price Impact due to OCC Imports curbs in Chinese Market

RCP import prices in China continue to increase and there is a severe shortage as RCP containers await customs clearance at many Chinese ports. Despite having RCP import permits, Chinese mills have been unable to use them efficiently because the tonnage they ordered has no clearance.

Chaos across other Asian Markets

The Chinese government’s announcement to curb RCP imports from the U.S. had an adverse impact in China as well as in other Asian markets. Anticipating an RCP supply disruption in China, Chinese buyers rushed to get any available RCP import tonnage from Europe, Japan, Australia and other Asian markets as well as from domestic collections. The anticipation of RCP shortage also moved downstream through the supply chain as converters and traders also rushed to procure available volumes of finished products of recycled containerboard and duplex board imported from other Asian countries leading to a spike in prices.

Downtime by Major Chinese Suppliers due to RCP Shortage

Major Chinese producers like Nine Dragons Paper and Lee & Man Paper Manufacturing, have been forced to take a downtime due to shortage of imported RCP and an Increased prices of high-quality RCP.

In June 2018, Nine Dragons Paper shut down its two recycled containerboard PMs with a combined capacity of 650,000 tonnes/yr at its flagship mill in Dongguan city, Guang-dong province, for six days from June 5. The halts cut approximately 11,000 tonnes of recycled linerboard.

Dongguan Jinzhou Paper took its 250,000 tonne/yr BM offline for 10 days from June 4 at its 800,000 tonne/yr recycled containerboard mill. The stoppage trimmed its output of kraft-top liner by around 7,000 tonnes. Lee & Man Paper Manufacturing and Dongguan Jianhui Paper also suspended production on some of their recycled packaging board units citing lack of RCP imports.

However, the downtime has not caused any significant disruption to the downstream market as demand for packaging material remains lackluster during summer.

In 2017, around 15.1 MMT of OCC was imported while a 12–18 percent reduction in imports in 2018 was expected due to restrictions and changes in policies and estimate around 13–16 MMT of OCC to be imported.

By the end of April 2018, around 10.9 MMT of import permits were issued, sizably more than those in March 2018, totaling 3.9 million tonnes for all grades of recovered paper and 2.9 million tonnes for OCC. From March 2018, imports into China underwent rigorous inspection and importers were being very cautious and importing only high grade and double sorted OCC to avoiding the risk of their shipments being rejected. Inspections remained rigorous in April, and in May there was added chaos owing to the U.S. pre-inspections and the 100 percent inspection requirement. Pre-inspections essentially cut off any imports of recovered paper from the U.S. and the 100 percent inspection requirement created bottlenecks both at the Chinese and the U.S. ports. These led to downtimes by Chinese companies in June to conserve recovered paper resources.