The Impact of Duck Curve in the Renewable Energy Industry 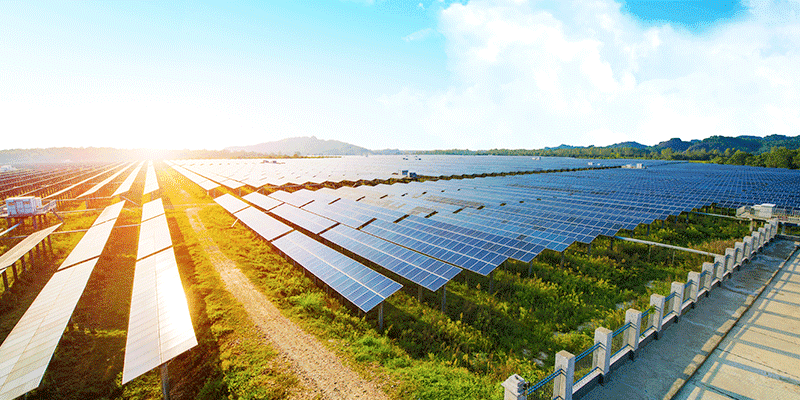 In 2017, solar power plant installations globally increased by 29 percent over 2016 with a total installation of 98.9 GW. In the U.S., new solar installations reached 11.5 GW in 2017. California and North Carolina reported the maximum solar capacity additions in 2017 with 2.9 GW and 1.2 GW, respectively. Solar electricity’s increased contribution to the grid has created a unique problem for solar rich states like California. During the day, solar irradiation is cyclical and so is the electricity generated from the solar power plants. Solar generation satisfies most of demand during the daytime, however as the evening peak starts, the demand from the grid increases rapidly and hence, supply needs to be augmented from non-solar sources, like gas or coal power plants. The sudden ramping up of these traditional technologies makes them inefficient and expensive and increases carbon emissions. Solar storage/battery technology and mini grids are the solution for offsetting this instability.

The article below hopes to throw light on how the renewable industry is expected to ensure the stability of the grid and reduce the stress on non-solar power generation during late evenings.

Traditionally, the electrical grid system functions by meeting the system’s demand with appropriate generation at any point in time. The generation is adjusted to the varying demand i.e., peak demand times and low demand times. In a typical day, early morning and evening are the peak demand times as most people use their appliances during those times. Any traditional power generation technology can be set to increase generation with a variation in demand. However, renewable technologies like solar/wind are highly cyclical. The quantum of power generated is uncontrolled, hence, excess power either gets wasted (curtailment) or has to be integrated into the grid system to replace the electricity generation from traditional power plants.

The term ’duck curve’ was first used by NREL in 2013. NREL published a chart with the forecasted electricity load minus the expected supply of grid integrated solar power. The curve resembled the body shape of a duck. Owing to the increased capacity of solar plants, the generation from solar energy during the day is at its maximum, offsetting the maximum energy demand from 10 a.m. to 5 p.m. This poses a risk of over generation that can destabilize the grid. Similarly, after 5 p.m., the generation from the solar plants falls rapidly, and this leads to an increased demand for electricity from other sources that need to ramp-up their generation in a short time. This poses the risk of an increased cost of generation and blackouts, if demand is not met.

Reasons for the Occurrence Duck Curve

Between 2012–2017, solar energy generation capacity worldwide grew at a CAGR of 32 percent to reach 390 GW. Some of the major improvements in the solar energy industry and its integration into the grid that led to the formation of the duck curve are:

The Dangers Indicated by the Duck Curve

Another major outcome of high solar power generation and integration is the peak power demand that starts in the evening as people start to use more appliances. This peak demand occurs during 6-10 p.m. when solar generation is completely off the grid and hence, demand must be supported by non-solar power.

The fluctuation in the electricity generation in the grid-integrated solar power plants results in sharp increases in electricity demand as solar irradiations weakens in the evening. Since this time overlaps with the peak evening demand, the demand surges sharply and forms the neck of the duck curve. As a result, despite enough electricity being generated, the grid still has to maintain its fossil fuel capacity at the ready to meet the demand.

Measures to Tackle the Impact of the Duck Curve

Solar power integration is expected to continue in the next few years, as governments push for renewable energy production to fight climate change. Further, solar power has the potential to be the most cost-effective renewable energy generation technology. Hence, the shortcomings of solar energy have to be overcome with new and efficient technologies like energy storage systems (batteries) and mini grids.

Use of Storage Systems

Developed countries are now looking at energy storage systems to tackle solar integration problems. The use of energy storage systems for solar power is expected to grow in the coming decades due to its potential to stabilize the grid assets and reduce the dependence on thermal power plant back-ups. Instead of feeding the power generation directly into the grid, solar power can be fed into the battery, which, in turn, will supply power to the grid. This will enable the solar power plant to continue supply even when there is no active generation at night.

Use of Mini Grids

Mini grids are essentially smaller power generating and consumption units connected to each other without being connected to the main electric grid. The structure of a mini grid improves the stability of the main grid as it reduces grid load. This structure isolates the mini grid from any instability in the main grid. Mini grids offer enormous potential to the developing countries to improve electrification and simultaneously increase grid stability. The use of mini grids in consumption-heavy regions with large solar power plants will reduce the heavy demand from the plants and the supply fluctuations from the off-grid solar power plant, thereby keeping the grid stable.

How Does this Affect Renewable Energy Procurement?

The last decade of growth in investments and integration in renewable energy was mainly driven by the various incentives that the governments worldwide provided for renewable energy production. One major part of renewable energy procurements from corporates comes in the form of self-generating power plants. These power plants are connected to the main grid to sell the excess power to the grid and to get feed-in tariffs (FiTs). Owing to the problems of solar power integration and the increase in electricity prices driven by the solar incentives, many countries have reduced their FiT incentives, with the net result of disincentivizing solar projects. With the reduced FiTs, the return on investment (ROI) of a solar plant increases with an increase in the levelized cost of energy (LCOE) of the plant.