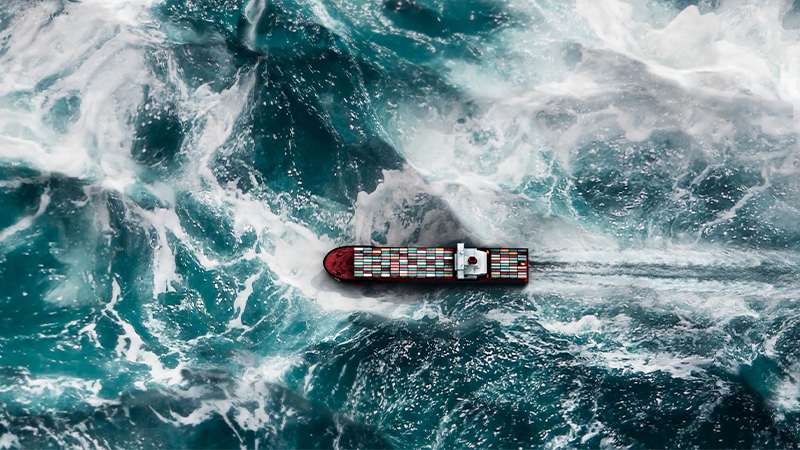 In achieving a completely decarbonized maritime industry by 2050, a scaled-up deployment of zero-emission fuels and ships must begin within the next 10 years. Decarbonization technologies are being trialed and shown, but considering how diverse and intricate the global shipping sector is, scaling up these early initiatives into industry-wide solutions would be difficult as they would need to be implemented more quickly, at a higher scale, and also at a lower cost. Depending on the route, the overall cost of vessel ownership increases by between 40 and 60 percent when using zero-emission fuels instead of conventional fuels. Hence, we consider green corridors, the designated trade routes connecting significant port hubs, where zero-emission solutions, which are being tested and endorsed, simplify some of sustainability complexity.

Green corridors enable decision-makers to establish an enabling environment with targeted regulatory actions, financial incentives, safety standards, and other favorable conditions for quicker action. Additionally, they can create conditions that would drive the demand for green shipping on particular routes. Finally, by generating downstream effects that lower shipping emissions on adjoining routes, green corridors can aid the acceleration of the decarbonization process. A route must have the potential for extensive decarbonization to be chosen as a prospect for a green corridor.

The optimum size of these corridors would be sufficient to accommodate all important value chain participants, such as fuel producers, cargo owners, and regulatory bodies. They would provide assurance to fuel producers about offtake and send resounding messages to ship owners, shipyards, and engine producers. This would encourage them to invest significantly in zero-emission shipping, thus reducing the risks to a tolerable degree for everyone concerned. Hence, it is vital to choose the initial green corridors, and a potential green corridor needs the following four essential components:

The selection procedure for initial green corridors is critical. It is crucial that the routes chosen as green corridors be implementable and capable of producing lessons that can be applied to other routes. Selected corridors should be strong prospects for widespread decarbonization, and ideally, they should have a multiplier effect that lowers shipping emissions elsewhere.

Following a thorough, multi-criteria study, 10 routes were preselected for either impact or viability and then tested. Nine critical indicators were created by further defining impact and feasibility. 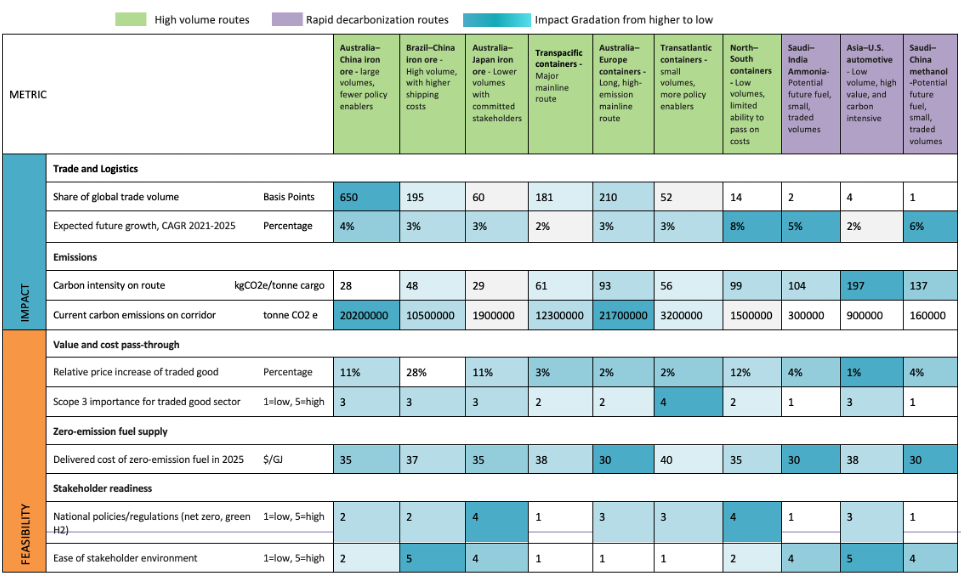 Overall, important milestones must be defined, stakeholders must agree on a road map for a green corridor, and demand must be mobilized to promote zero-emission container transportation. Regulators and incentives that would encourage the transition to green shipping can also be considered by policymakers. Establishing them in this area would create a clear demand signal for green shipping practices and pave the way for their acceptance globally.