Home / Insights / Can crowdsourcing steal the thunder from traditional consulting?

Can crowdsourcing steal the thunder from traditional consulting?

How crowdsourcing is changing the consulting landscape?

Increasing political pressure and economic downturn is fueling the demand for stand-alone consultants from both private as well as public sectors. Corporates too seek expertise for a low rate card to help them strategize in uncertain financial aspects.

The ascent of the crowdsourced consulting services

Case Example: Wikistrat networks with analysts from across the globe to participate in gamified simulations to solve problems or predict future occurrences. These experts are paid a flat fee in addition to bonuses based on performance.

What does crowdsourcing consulting mean for the buyers?

What is the need for crowdsourced consulting services and what are the potential benefits?

When individual consultants can be crowdsourced across the globe, it can create a doorway to enter different markets and have a holistic view of modus operandi and techniques followed in a province which can be cloned to a different market having the same dynamics. The need for crowdsourcing is based on:

While crowdsourcing has multiple benefits, it does have a few shortcomings. Few of which are listed below: 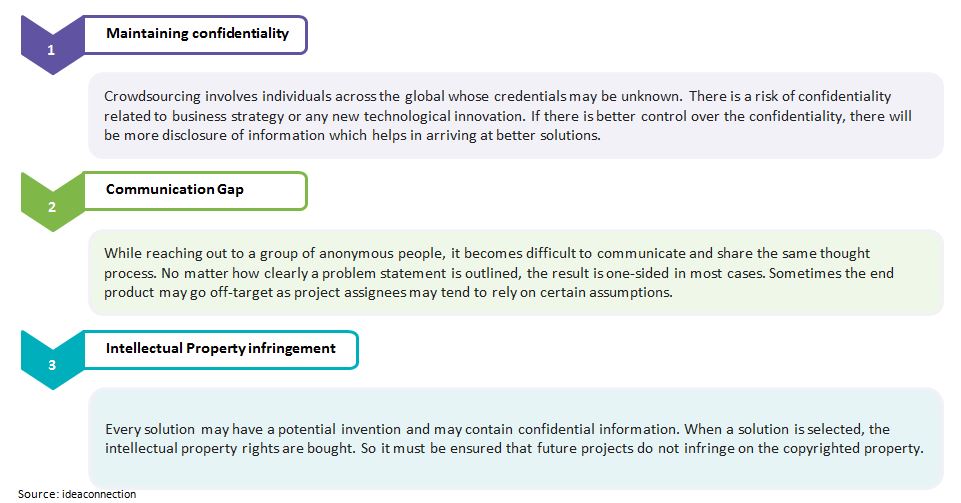 Who are the key suppliers in crowdsourcing space?

The world is evolving and the people are moving towards more autonomy and greater flexibility. Companies are experimenting with projects to diversify into different portfolios. The upsurge in the progression of crowdsourcing has left the world with a multitude of opportunities to choose from. It may pave way for new styles of working and yet provide greater satisfaction to the buyers. It may vary with projects but collectively may have a positive influence on the market.

The future holds the answer to whether crowdsourced consulting will rise in demand or lose traction. As there are several issues that come to play while deciding the consultants for a project, buyers may experiment with both traditional and new-age consulting to gauge the best among them. However, crowdsourced consulting services may attract buyers looking for a cost advantage.