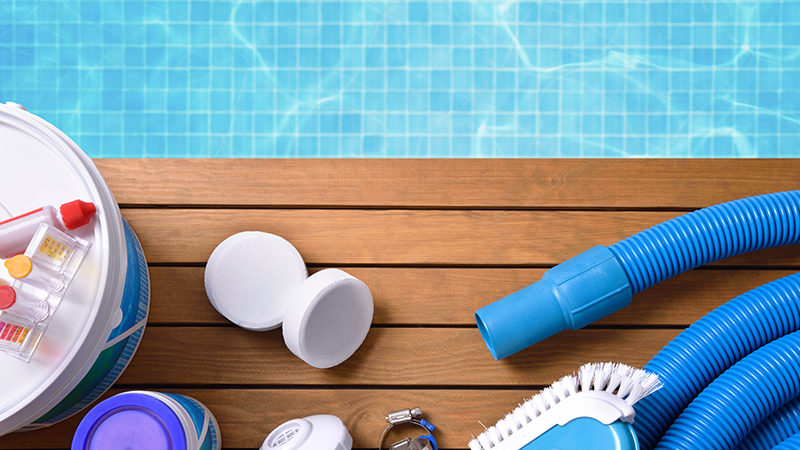 The chlor-alkali market has been witnessing mixed market sentiments since mid-2017. While the supply tightened in 2017, leading to a spike in prices that spanned through H1 2018, it reached historical lows by the end of 2019. While most chemicals have been impacted by trade tensions and increased tariffs due to the U.S.-China trade war, caustic soda and soda ash are two commodities that have not been directly impacted. As the U.S. and China are both major producers and exporters of soda ash and caustic soda and cater to different markets, the trade tariffs do not apply to these chemicals.

However, weakness in demand growth has been driven by a sharp deterioration in manufacturing activity and global trade. In addition, the automobile industry is also shrinking due to a variety of factors, such as disruptions from new emission standards in the Euro area and China that have had durable effects.

The demand for chlor-alkali has witnessed decreases with slowdowns in the manufacturing sector, particularly, automobile and alumina smeltering, which has led to a crash in chlor-alkali prices through 2019.

This article aims  to clarify answers to two questions: “What is the impact of current market dynamics on the chlor-alkali market?” and “How can buyers benefit from the changing market dynamics?”

Chlor-Alkali Industry - What is the current scenario?

The chlor-alkali industry has witnessed a rally of market sentiments that began in 2018, with the EU’s mandate to shutdown mercury cell plants for chlorine and caustic soda production in Europe, followed by high imports into the region as prices shot up in Europe after plant closures, making it a favorite export destination for suppliers in the U.S. and Asia.

What followed in 2018 was a period of high plant utilization rates to compensate for the lost capacities, however, the prices increased in both the U.S. and Asian markets, mirroring price movements in the European market.
The demand however, witnessed downtrends in the U.S. as well as Asia due to the following reasons:

For soda ash, the market was anticipated to be flooded with material with the start of CINER group’s 2.5 MMT/year soda plant in Turkey in December 2017. Production at the plant proceeded at a slower pace than expected, and it started operating at full capacity only in September 2018. However, the increased supply is being exported to different regions in the world and not only to Europe, which is tightening supply in the European market.

What are the factors that can impact the chlor-alkali market?

The chlor-alkali market is mainly driven by fundamentals. The caustic soda market seems to have lengthened due to lowering demand, however, the soda ash market has remained mostly balanced as capacity additions through 2018 have been easily absorbed by the market.

Alumina and aluminium prices on the London Metals Exchange (LME) have forced some smaller alumina plants to close—including the JISCO Alpart alumina refinery in Jamaica—thereby reducing export demand. JISCO Alpart alumina refinery in Jamaica is shutting down because of low alumina prices and an aging production facility. The closure will end an export contract from the U.S. that shipped about 150,000 dmt/year to the plant.

Additionally, Alunorte has been slower to return to full production than expected. Final approvals to use the company’s second retention pond were only received by the end of September 2019. The plant has been operating at 50 percent production capacity since January 2018, which has lowered U.S. exports by 25,000 DMT/month.

The Chinese alumina industry has been down trending due to environmental checks throughout the country and lower industrial production.

Demand from Pulp and Paper

Temporary closures at downstream players—Domtar Corp in the U.S., Fortress Global Enterprises and White Birch Paper in Canada and Mondi, a paper and packaging maker in South Africa—will lower the caustic soda offtake from the U.S..

At the macroeconomic level, most Latin American countries have been facing devaluation in their local currencies against the U.S. dollar, which is lowering purchasing power in the region.
At the country level, Latin American trading has been hampered by a prevailing tense environment amidst news of a change in the Argentinian government, protests and demonstrations in Chile, Bolivia, and Ecuador, and the long-time crisis in Venezuela.

Permanent plant closures or extended force majeure at both supplier and buyer plants impact the chlor-alkali market. Braskem, Brazil’s major caustic soda producer, shut down production as of May 2019 because its Alagoas salt-mining operations caused geological damage including fissures, cracks in home foundations, and a minor earthquake in March 2018.

In China, the soda ash plant shutdowns due to environmental regulations did not have any major impact on the domestic market as it is one of the world’s leading soda ash producers. However, exports from China dipped to 1.38 MMT in 2018, a decrease of 37 percent from 2.19 MMT in 2015.

Ciech group’s 600,000 MT/year soda plant in Romania was shut in September 2019 as the producer could not negotiate with their only supplier of steam. The plant is expected to remain idle through 2020 and may start producing only by 2021—if a suitable supplier is found.

The U.S.-China trade war has not had any significant impact on the chlor-alkali industry. As the U.S. and China are both major producers and exporters of caustic soda and soda ash, trade tariffs have not impacted the market.

Latin America and South-East Asia have been major consumers of caustic soda and soda ash from the U.S. and China, and therefore, trade tensions between the two countries has not impacted the market.

How are these factors expected to affect the market? What to look for in future sourcing options?

The slowing global economy is anticipated to impact global markets through 2020. Prices will witness an uptrend of 5–6 percent Y-o-Y through 2020 as they dropped to historically low levels in 2015­–16.

Soda ash producers are also anticipated to increase contract prices in 2020 due to an increase in the input cost. In Europe, higher contract prices are anticipated in 2020 due to stronger coking coal and energy prices, along with higher rates in the EU’s Emissions Trading Scheme (ETS), which have squeezed profit margins for the region’s soda ash producers.

The UK and France are set to ban several single-use plastic items in 2020, while an EU-wide ban on a number of plastic items is expected for 2021. Both measures are likely to spur growth in the buying appetite for container glass, which will compensate for slower demand from flat glass from the automobile segment and construction industry.

Buyers in the CPG and F&B industry will benefit from the current scenario, as the supply of both caustic soda and soda ash is anticipated to remain high in 2020. Thus, engaging in yearly contracts with half yearly price revisions may result in high cost savings.

The soda ash market is anticipated to remain well-supplied due to the high availability of lower-priced material from Turkey into the Americas, Europe, and South-East Asia, which will curtail high price revisions from domestic producers.

Caustic soda buyers will also benefit from the scenario as part of the alumina industry; the major offtaker of caustic soda has lowered consumption due to plant shutdowns and slowdowns in the manufacturing segment. The market has recovered from supply tightness following the 2017 mercury plant closures in EU, as regional producers’ utilization rates have been about 90 percent to make up for the lost capacities. Ercros completed a third expansion at its chlorine and caustic soda plant at the Vila-seca I factory in Tarragona, Spain. With three expansions conducted between 2017 and 2019, Ercros’ caustic soda production has recovered to its previous level prior to the European ban on mercury technology.

Overall, it is a good time for chlor-alkali buyers, as most suppliers in the U.S. and Asia are operating at high capacities, and major buyers are cutting down production, which will lead to an ample supply situation and increase in buyer power in global markets.