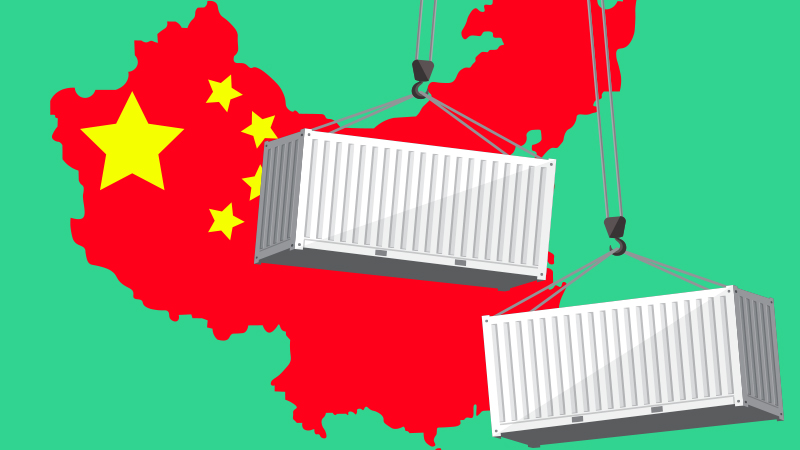 The oversupply in the steel industry has been apparent with the rise in global steel production during the last decade. For instance, there has been nearly a 30-percent rise in crude steel production levels since 2010, and this problem stems from the Chinese Steel Industry, which provides more than half of the global produce. The global growth prospects experienced collapse in 2020 due to the implementation of stringent lockdowns by governments across the globe as they tried to limit or slow down the spread of the COVID-19 epidemic. Although the volatility in demand and production levels caused by the COVID-19 outbreak began to subside in the second half of 2020, the crisis resulted in governments keeping a watchful eye on the steel sector. This is especially applicable in China where the crude steel production levels breached a billion tons and increased by 5 percent Y-o-Y despite the outbreak in 2020.

To mitigate any potential problems of overcapacity and reduce the steel production levels, the Chinese government has introduced several initiatives in the form of import and export duty reforms. This article delves into the timelines regarding these reforms and their impact on China’s domestic market and global steel industry as a whole.

China’s share of global crude steel production increased from 53.3 percent in 2019 to 56.5 percent in 2020. Despite the continued efforts from the government since 2017 to reduce steel output and tackle the problems related to curtailing pollution levels, the produce has still ramped up since then. Even with the COVID-19 outbreak in 2020, which put unprecedented pressure on steel supply across the globe, did not have much of an impact on the production levels from China. Its crude steel production that increased in 2020 reached 1,053.0 million tons, up by 5.2 percent in 2019.  A strategic move by the government after reviewing this market situation resulted in policies aimed at curtailing iron ore prices from soaring, control steel capacity, and reduce steel output. There are two specific policy changes of importance as of the date of publishing:

Currently, the rebate for cold rolled coil, hot-dip galvanized coil, electrical steel, and so forth is not removed. This is likely because they were deemed higher value-added and high-technology products (including those used for auto and home appliances manufacturing). However, there is still speculation that these could be changed in subsequent announcement.

However, there is still speculation that these could be changed in subsequent announcements and reduced to either 9 percent or 4 percent from the current 13 percent.

The reason behind the move to cancel the export rebates is to reduce the domestic steel production levels by reducing exports and possibly redirect the additional volume from exports to the domestic market and lend downward pressure on the historically high steel prices. In the short term, the impact on domestic prices will be minimal with exporters already bracing against possible losses many Chinese mills had factored in the export rebate cut based on speculation since February, while floating HRC export offers in the span of a month or so during which global prices had risen steadily. Furthermore, with the unexpected price hikes in the global market and higher realizations abroad, exporters might be encouraged to rake in profits despite the rebate cut.For instance, hot-rolled coil exports from China, which have increased between January 20th and April 30th. The flat steel prices in Europe are so high; importers might be willing to pay 25 percent anti-dumping import duties to bring in Chinese material because idled steelmaking facilities in the region have not been restarted to alleviate the supply tightness in the flat steel segment.

Looking at the larger picture, China is not highly reliant on steel imports, with the import penetration levels at approximately 2 percent of the domestic demand in 2020. Being a net exporter however, nearly 53.7 million tons of steel were exported in 2020 by China.  The government is looking to rein in the burgeoning steel production by removing export incentives. Nearly 51 million tons or 95 percent of the total exports were privy to a 13 percent export tax rebate, and in the best-case scenario for the government to curtail the steel prices (Case 3),  the rebate cancellation is anticipated to drop the tonnage to 13.6 million tons or 25 percent of the total, mostly being high value-added and high-technology products such as electrical steel and those for auto and home appliances manufacturing.

The entire basis of a drop in Chinese exports stems from the assumption that the global prices of steel stabilize in the long run. However, in the short term, there is unlikely to be any major disruption to the global steel trade due to such high-price realizations in several regions. This would mean that despite the rebate cancellations, Chinese exporters would still have enough skin left in the game.

Demand from the end use sectors is likely to experience a sustainable recovery in 2021 and the years after. This growth in the construction and infrastructure segment, higher demand for consumer durables supported by the higher degree of work from home culture, and the uptrend in the mechanical machinery and the automotive sector will further fuel the need for steel. The policy change in China also marks a turning point for the world’s steel supply. If Chinese supply does fall off, there will likely be other nations that will pick up the slack with the forerunners being India and Russia. Steel producers in Japan, South Korea, Taiwan, Indonesia, Vietnam, and Malaysia will also benefit from such a drop in Chinese cargoes in the seaborne market. Although it will take some time for these newer steelmakers in Southeast Asia to catch up to their counterparts in Japan, South Korea, and Taiwan regarding the quality of the flat steel that they produce.

The supply levels across the globe are expected to normalize in the long run as capacity utilization rates return to pre-COVID-19 levels. If there is significant drop in Chinese supply levels due to further policy changes including extended periods of production cuts to reduce pollution levels in the long run, countries across the globe may have to remove the current trade barriers against Chinese steel so that they can secure more supply from the region.

The vulnerability of Chinese steel mills in iron ore pricing due to its heavy reliance on the imported iron ore such as in 2020 may propel the domestic steel producers to struggle on or their steel margins will always be exposed to the risk of being compromised by the soaring iron ore prices. The removal of import taxes on steelmaking raw materials is mainly intended to alleviate this problem and boost China’s support for cleaner steelmaking, making the imports of metallics such as hot briquetted iron and pig iron cheaper. China’s new tax regime also suggests that the country is aiming to keep other steelmaking raw materials such as ferro-chrome and ferro-silicon inside the country, instead of exporting them to buyers around the world.

In the short term, this is clearly beneficial for steelmakers who are already enjoying significant profit margins as prices trend to historically high levels worldwide. These policy changes will be important supplements to the supply when China cut its steel output, and it will also help to reduce total power consumption and carbon emission. The integrated plants can emit between 1.6–2.4 tons of CO2 per ton of steel produced, while electric arc furnace plants which use a greater degree of recycled steel scrap as raw material are responsible for the emission of approximately 0.4–0.7 tons of CO2 per ton of steel produced, which is significantly lower. In terms of scrap however China is mostly self-sufficient. By 2019, China consumed 240 million tons of steel scrap in steelmaking, almost all sourced domestically, and there is a higher possibility of hitting the steel scrap supply target, and it may also take shorter than by 2025 to fulfil the 300 million tons/year volume, as China is capable of generating about 260 million tons/year of steel scrap as of now.

The primary goal of the export rebate cuts is to achieve a reduction in steel output and curtail the prices to a certain extent. This is however unlikely to bear fruit in the short term as buyers throughout the globe are willing to snatch away spot steel produce due to the unprecedented supply squeeze. Redirected supply will have an impact on the domestic steel pricing in the long term provided the pricing and the supply levels in the global markets stabilize. The removal of the import duties will likely lead to a drop in the cost of steel production and improve the profit margins of steelmakers, especially in the short term with high levels of demand realizations both in the domestic market and abroad. The current overreliance on feedstock imports and especially iron ore stands to reason that the Chinese steelmakers are highly susceptible to price swings. The shift toward the use of scrap and metallics for steelmaking to reduce pollution levels has been ongoing since 2017. In the long run, higher demand for especially metallics could lead to new capacities being started up across the globe to export to the Chinese markets, especially with them contributing to nearly half of the global steel demand.