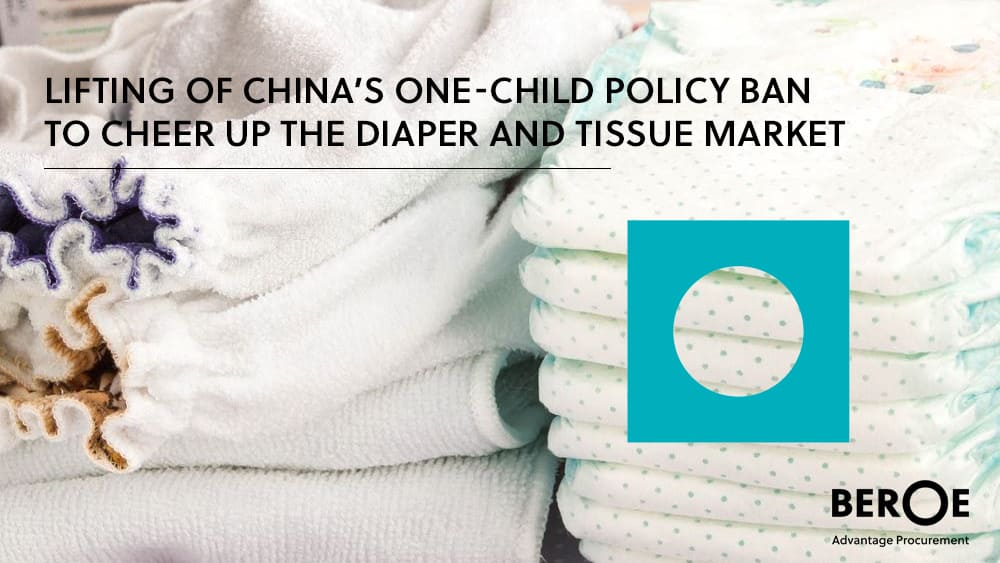 Ever since 1978, the Chinese population has been following the government’s “one-child” policy. The policy was made as an act of controlling the growing population and making resources such as water, food and electricity more sustainable. In these 35 years, 400 million births were prevented, besides numerous female infanticides and sex-selective abortions lead to an imbalance in the sex ratio, which fell to as low as 120 men for every 100 women. A low fertility rate that ranged from 1.55 to 1.70 per woman was also recorded in this period. However, this was not an immediate effect of the policy, as a declining pattern in fertility rate was observed much before 1980.

In another historic decision, Chinese government lifted the ban on October 29th 2015. It now entitles to have more than one kid per couple. While the decision received a mixed response from the citizens, a lot of movement was witnessed in the stock market. Stocks of companies dealing with baby care products jumped by 5-10 percent after this announcement. Baby diapers and tissue market was expected to be one of the primary gainers from this policy change. There are even speculations that the decision has been taken owing to the reducing working class population in China, which has been on a continuous decline from the start of this decade. If this is supposed to be true, then the benefit from the relaxation in policy can only be seen after 2031, considering the fact that the new rule is applicable only starting Jan 2016 and minimum working age to be 15 years in China.

Even though the ban has been lifted giving couples the right to bear more than one kid, a major baby boom is not expected to be happening in China. This will be predominantly due to the growing rate of urbanization which is adding a lot of economic and social pressure on parents to raise a child. However, there will be some changes in the demography of China with the addition of new born children. In this article, we analyze the effect that this new policy will have on the baby diapers and tissue market in China.

“The company will raise diaper-making capacity by 20 percent and start selling Q-Mo, a more expensive range of the products. Diapers are only in its take-up phase in China, and with China easing up population controls, the growth will be very fast. We want to roll out better and more products to tap this.” - Hui Lin Chit, Deputy Chairman and Chief Executive Officer at Hengan International Group Co.

The relaxation in policy is definitely going to affect Chinese population growth rate and the baby count of the nation. However, it is not expected to grow at a CAGR of more than 2-3 percent till 2025. This is much lesser than the earlier predictions,  owing to the following reasons:

The 35 years long “one-child” policy that started in 1978 ended with much noise on various social media and stock market in October 2015. While the citizens of China have welcomed the change with a mixed response, the baby care market has already started reacting positively towards it, to capture more market share. While baby products such as diapers, baby wear and medication are expected to be witnessing an increase in demand, we are limiting our focus to the baby diapers and tissue industry.

Before the announcement for lifting the policy was made, research agencies predicted that China’s baby diaper market will triple between 2010 and 2017, changing from $3.3 billion to about $9.3-9.5 billion. However, now with the policy being revoked, a rise of about 3 million to 6 million babies is expected going forward from 2017. This rise in the baby count will have positive but only a minor impact on the baby diaper and tissue market.

Even before the “One-Child” policy was imposed on the citizens of China, a decline in their fertility rate was observed. From as high as 5.47 in 1970, the fertility rate was estimated to drop to about 1.5 per woman in 2015. The increasing expense to raise children, shortage of space, increasing awareness towards better health are some of the reasons why most of the Chinese couple chose to stick to one child even when the law was relaxed. While the law was imposed in 1978, a substantial amount of decrease in fertility rate was observed even before that (between 1970 and 1978). The graph below gives a clear picture comparing fertility rates of China with the likes of the U.S., India, Russia and Japan.

Even after the policy has been revoked, a drastic change in the fertility rate is not expected. However, with the slow growth in population, a slight change in birth pattern (owing to the new policy) will also result in a small change in the number of babies born annually. This will slightly impact the already growing demand of the baby diapers and tissues in China.

The citizens of China have been continuously shifting from rural to urban regions of China. This shift was initially driven by the growing demand for cheap labor from the rural part of China. However, later the shift became more of a need to get access to increasing job availability, better infrastructure and improved living standards. The population which now uses improved sanitation facilities and drinking water increased by about 5-7 percent in the past ten years. The strong growing economy offered better job opportunities, increasing the disposable income of the people which also improved their standard of living.

The rising cost of living has affected people’s decision to bear children significantly. With increasing cost of housing, medical facilities, transportation and food, couples preferred to have only one child. This gave them the scope to provide the child with better education, medical guidance and an improved health.

The implementation of “One-Child” policy not only resulted in the reduction of population, it also impacted the demographic structure of the nation. Since 2010, the country’s population ageing above 64 years has grown by about 15 percent putting a lot of economic pressure on the working class of China. With the rise in the old age population, the old age dependency rate has also been rising at a high rate.

While children born under the one child policy had to support two parents and four grandparents leading to the famous 4-2-1 problem, children born after the policy has been revoked, may not feel as much of an economic pinch. However, there would still remain a wide gap between the rate at which people are getting older and the rate at which the population is shifting towards the working class. The lifting of policy will certainly not show any major change immediately in the demographic split of the nation. While there will not be a very prominent rise in the baby count, the population is certainly ageing at a steady rate. This is again an opportunity for diaper manufacturers as the need for adult diapers will increase in the future.

There are many factors, besides the “one-child” policy that helped in the gradual decline in the growth rate of population of China. Also, factors such as increasing disposable income and awareness towards better health and hygiene helped in the increased usage of tissue and baby diapers in the past decade. The per capita disposable income saw a steep rise from CNY 10493 in 2006 to CNY 28844 in 2015. Also, the GDP grew about five times from 2006 to 2015(E) to reach $11345 billion.

All these factors had a strong impact on the consumer buying power and also their shift in preferences, leading to the boost in the sales of baby/adult diapers and tissues in China.

Despite the economic turmoil, China has been able to maintain a strong GDP growth rate of about 6.9 percent in 2015. Even though a steady decline in the GDP growth rate is expected going through 2017, the increasing disposable income and improving lifestyle of the people will have a positive impact on the diapers and tissue market, but not to the tune as expected/predicted earlier.

The demography of China is set to change with the “One-Child” policy being lifted by the Chinese government. The resultant rise in the number of babies born will certainly give a boost to the baby diaper and tissue makers. However, there may not be any major “Baby Bump”. A marginal rise of about 1-2 percent can be expected in the coming 4 to 5 years and there may be a slight increase to the period leading up to 2025-2030.

While the growth in demand of diapers in China has been as high as 8-9 percent even before the policy was revoked, the penetration level has stayed low at about 45 percent giving the manufacturers a scope to cover the big untapped market.

With the addition of more babies and more adults falling over the 65-year bracket, the diaper demand is certain to increase, over the previously expected figures. But with the Chinese market having sufficient capacity to fulfill the current diaper demand, adding more capacity as an immediate effect will not be required. Also, with multiple domestic manufacturers eyeing the market and coming up with cost effective products, innovation would play a key role for the big players. With Latin American manufacturers coming up with new technology to produce fluff pulp from hardwood proving to be a cost-effective and of supreme quality too, it could bring about a massive shift in the Asian procurement fraternity too.

Tissue: Capacity additions in the past have made it a highly oversupplied market now. Also, because of the economic turmoil in 2015, the demand decreased from a range of 9-12 percent to 7-8 percent. However, with the possible rise in the count of new born babies, the demand may witness a marginal increase. But considering the fact that the market is already oversupplied, the tissue makers need to be cautious of their expansion plans in the coming 3 to 4 years.

The baby diaper and tissue makers certainly have reasons to smile. However, being very optimistic about the sudden growth in baby count and subsequent capacity addition to fulfill the growing demand will not be the smartest of the moves for either of the industry. The suppliers have to wait and watch the progress in the demand for both the products. Also, with the increase of people’s disposable income and improving life styles, the baby diaper and tissues suppliers could bring in more advanced and innovative products to lure the potential customers instead of expanding their production capacities.