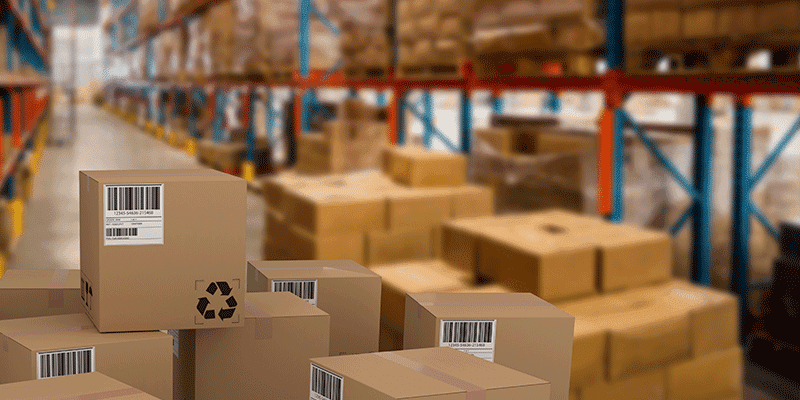 During 2011-13, the non-durable consumer goods market witnessed an average growth of less than 0.5 percent. As the economy began to get stronger in 2014, consumer spending improved, and hence, demand surged and so did production. This increase was reflected in the corrugated box shipments during the same year that climbed to 1.2 percent.

Since 2015, U.S. box shipments growth has gradually ‘re-coupled’ with the real GDP growth. In 2017, the 2.5 percent rise in box shipments corresponds with the 2.3% growth in real GDP.

Apart from the retail and agricultural segments, E-commerce is expected to grow at a CAGR of 10 to 20 percent in the coming years, which will be driving the demand for boxes. 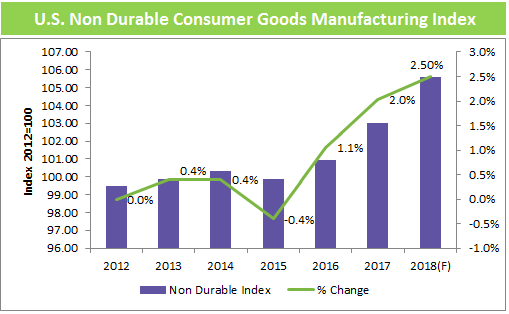 Tight supply: The U.S. containerboard mills are running at full capacity, with operating rates in the first two months averaging 94.7 percent for linerboard and 98.5 percent for medium with some mills being two to three weeks behind on deliveries. In 2017, the containerboard market in the U.S. did not witness any significant capacity expansion. Hence, the demand growth has outpaced the supply growth.

Export allocations have also been drastically reduced due to high domestic demand. This tight supply in the market along with mill downtimes owing to the spring season has been a major factor in increasing prices.
Demand spike: The overall U.S. containerboard market experienced high demand in the recent months with U.S. box shipments increasing from 32.4 billion ft2 in January to 32.6 billion ft2 in February. Further, the U.S. economic indicators remained strong, with the PMI in February at 60.8 percent, a peak not seen since early 2011, driving box demand.

Containerboard prices are expected to remain stable until Q4 2018 as there are a number of capacity expansions coming up in 2018 that are anticipated to ease demand. The containerboard market is next expected to witness price hikes of around $45/ton in Q1 2019.

OCC Prices and its Impact on Linerboard Prices

In 2017, in the U.S., export shipments to China reduced significantly owing to continued lack of import licenses being released by the Chinese government that left U.S. exporters looking for domestic mill buyers or other export customers outside of China.

The low demand from China, which purchases around one-fourth of the U.S.’s 52 million tons/yr of recovered paper, caused a drastic price drop in the domestic OCC prices.