Ministry of Trade on 25th March 2015 announced about the wholesale electricity market that has come into effect on 1st January 2016.

The key features of wholesale electricity market in the pilot phase are:

The key feature of wholesale market after the pilot phase (Phase 1) is that industrial players with more than 110kV demand can procure electricity from the wholesale market from 2019. The below diagrams show the changes in the Vietnam market structure after liberalization. 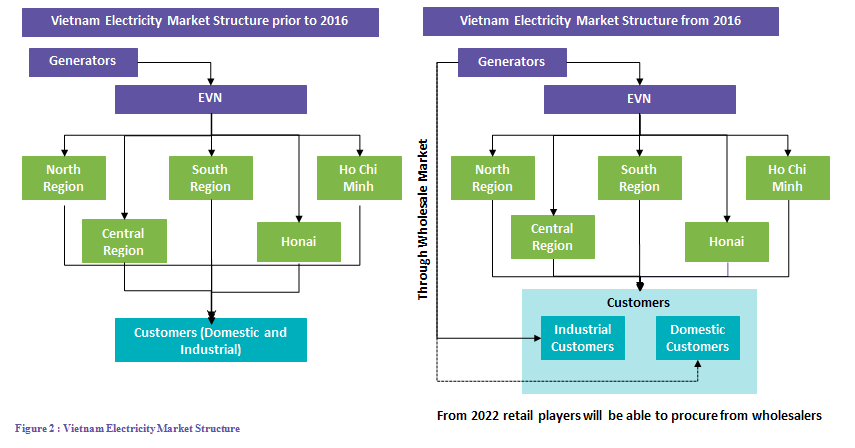 With all the above advantages which were observed in wholesale markets around the globe, Vietnam government and the regulatory authorities can encourage private players by forming proper regulatory framework which ensures improvement in infrastructure and ease of entering the market.

In 2015, EVN bought electricity at an average price of about VND 1100 per kWh, whereas the average end user price is about VND 1600 per kWh. With the opening of wholesale electricity market, large consumers of electricity can directly buy from the generators and have the potential to realize savings in the range of 20-25 percent.