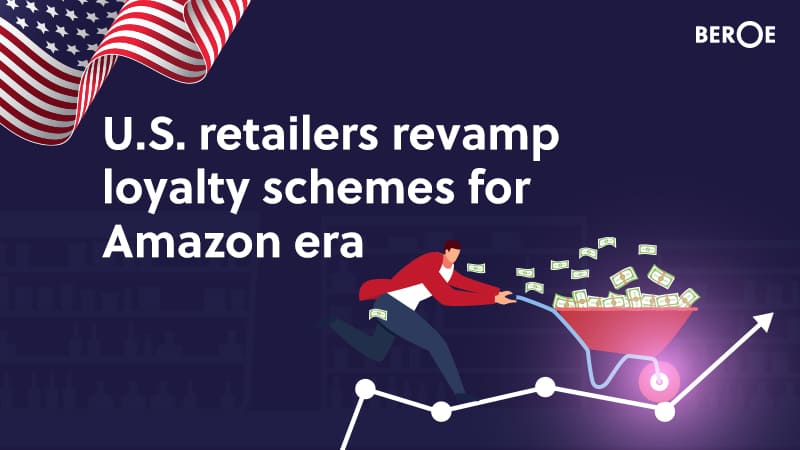 With private fitting rooms, members-only stores and clever apps, U.S. department stores are reinventing their old and tested loyalty programs to fend off the challenge from e-commerce giant Amazon.com Inc and other online rivals.

Over the past two years, major U.S. retailers, including Macy’s, Nordstrom, Kohls Corp and others, have spent billions of dollars to overhaul existing programs or launch new loyalty schemes.

According to estimates compiled by market intelligence firm Beroe, the U.S. loyalty program market was worth between $47 billion and $55 billion in 2018 in terms of spending by companies and sector analysts expect it to keep growing by 2 percent to 4 percent a year between 2018-2020.

Data from research firm LoyaltyOne showed retailers now invest at least 2 percent of their total revenue on loyalty programs and double that or more on related customer targeting and analytics. Department stores and apparel retailers typically invest more than the others.

Its report “Loyalty Big Picture” based on an international survey of 1,200 loyalty plan providers and some 4,500 members said 69 percent of executives reported a rise in spending on royalty schemes over the past two years, and 55 percent expected a further increase in investment in the next two years.

Around in some form for over a century, loyalty programs have long relied on a simple concept - reward shoppers with coupons, discounts, prizes or air miles and they will come back.

E-commerce has changed that.

It has made shopping around for bargains easier than ever while Amazon’s Prime program set a new benchmark with perks, such as free two-day shipping, video streaming or cloud storage.

“In the age of Amazon, it’s very much ‘what have you done for me lately type of retail environment’,” Matt Lindner, senior ecommerce analyst at market intelligence firm Mintel.

“The challenge these retailers are facing is how do you offer attractive rewards without totally compromising your bottom line.”

Realizing that expensive advertising is unlike to win back shoppers lost to online rivals, traditional retailers have shifted their focus to retaining existing customers and making them spend more, industry analysts say.

Those most successful have employed sophisticated data gathering and analytics to better tailor offers to customers’ tastes while providing perks that Amazon cannot match, such as private dressing rooms, members-only stores or beauty workshops.

“Retailers are finally realizing that they need to respond to the ‘biggest and baddest’ loyalty program in the market right now and that is Amazon Prime,” research firm Gartner director Tom Gehani said.

They have done so over the past five years by combining revamped loyalty schemes with increased online presence, in-store pickup for online purchases, upgraded stores and new or improved mobile apps that tie in with loyalty programs.

Macy’s, for example, relaunched its scheme in mid-2017 after 10 straight quarters of comparable sales declines as a tiered plan with special privileges to its most loyal and big spending customers. The perks include ticketed seats to Macy’s Thanksgiving Day Parade sales, concerts, fashion shows and cooking classes.

When a year later, Macy’s reported third quarter 2018 earnings that nearly doubled Wall Street’s predictions, the department store chain attributed some of the growth to its “Star Rewards” program.

Rival Nordstrom redesigned its customer loyalty program, “The Nordy Club”, in October 2018. It offers more reward points, fast redemptions, curbside pickup of purchases, and perks such as beauty and style workshops or brands not available to other shoppers. Today, the program’s 11 million members account for a third of Nordstrom’s customers and over half of its sales.

Members can also save items in an app that will send push notifications to remind them of their wish list once they get close enough to a Nordstrom store.

Only three or four years ago the retailer would spend most of its advertising dollars on seasonal campaigns, said Sean Claessen, executive vice president of Bond Brand Loyalty.

“You are now seeing them turn their attention to the ‘Nordy Club’ and those kind of components,” he said.

J Crew launched its first rewards program in July 2018 with free shipping and exclusive sales and offers, while Nike has a members-only floor at its flagship store on Fifth Avenue in New York City.

Members of its no-fee NikePlus program get free courier delivery for purchases at the store, exclusive access to in-demand shoes and one-on-one assessments by its experts.

In December, Lululemon said it was testing its first ever annual membership program for $128 with perks such as access to workout classes, free shipping and a pair of yoga pants.