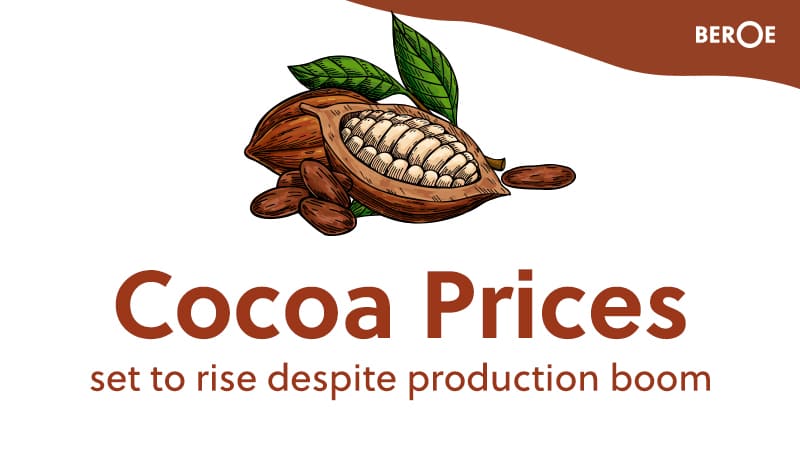 March 8,2019 - Worldwide cocoa production looks set to hit a record 4.85 million tonnes in 2019. But prices will nevertheless head upwards in coming years  amid an uncertain future for the commodity, according to analysts.

An increase in global cocoa production is almost certain this year, with West African production rising by about a third, according to Informa’s

In spite of attempts by Ivory Coast, West Africa’s top cocoa producer, to cut production to control prices, its crop looks likely to hit 2.12 million tonnes in 2018/19, from 1.96 million in the previous 12-month period.

Second-biggest producer Ghana is predicted to produce 950,000 tonnes, up 47,000 from the previous season.

In spite of higher cocoa yields, commodity prices are yet to fall and are likely to be volatile in the near term, Agribusiness Intelligence adds.

And in the longer term, prices look set to soar, says procurement intelligence provider Beroe Inc. It expects the global cocoa market’s total value to head towards $10bn (£7.6bn) by 2026, growing at a compound annual rate of 3.4%.

With the market for cocoa derivatives, such as cocoa butter, surging, and climate change threatening future production in West Africa, “the ability to meet growing global demand remains uncertain and prices are projected to rise”.