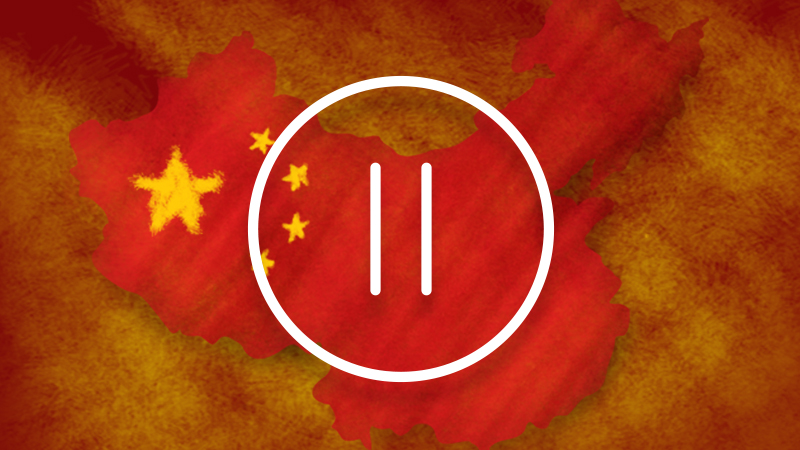 In collaboration with Shobana J and Jason Zhong

In the past decade, global corporations have thrice suffered shocks to their Asian supply chains. In 2011, they were hit in succession by the Japan Tsunami and Thailand flood, which disrupted the production of global firms. This year, the supply chains have been shaken by the mysterious Coronavirus, officially known as Covid-19.

Public health officials around the world have been scrambling to understand, track, and contain Covid-19 since its onset in Wuhan, China, in December 2019. It has caused the deaths of more than 2,000 people, mainly in the Hubei province.

The situation in China is grim and unpredictable. Even renowned epidemiologists have expressed uncertainty about when the infection rate will be brought under control. However, the silver lining is the rate of infection is slowing down over the past few days or so.

The big question revolves around determining the ground situation in the middle kingdom -- the manufacturing powerhouse of the world. The ground reports show that China has gone into a pause mode to contain the outbreak.

“Many companies are yet to resume work. Some cities are under lockdown, barring the entry and exit of citizens. As a result, many factories had to stop operations. In addition, the World Health Organization (WHO) designated the outbreak a public health emergency of international concern (PHEIC), making people suspicious of Chinese products.

However, China is making vigorous efforts to turn the situation. It is believed that the outbreak will end in a month or two and the situation will soon recover. The supply levels will also return to normal. Although this outbreak had some impact, I believe that it is only temporary,” Beroe’s China representative, Jason Zhong, said.

Chinese companies are struggling to resume operations, with many workers unable to reach factories or offices. Thus far, as per the numbers tracked by Beroe, the China Council for the Promotion of International Trade (CCPIT) has issued nearly 1,600 force majeure certificates to companies spread over 30 sectors, covering a total contract value of 109.9 billion yuan ($15.7 billion). The CCPIT's force majeure certificates are recognized by governments, customs, trade associations, and enterprises across more than 200 countries.

The fear of the contagion is so high that China’s central bank has mandated that yuan bills coming into the banking system from hard-hit provinces should first be disinfected by ultra-violet light or high temperature. The disinfected bills would then need to be stored for more than 14 days before being allowed to re-enter the market.

“We aim to ensure the safety and hygiene of cash for people’s use,” the China’s central bank said.

Small and medium-sized manufacturers (SMEs) in China, especially labor-intensive firms, have expressed concerns over the economic impact of the coronavirus outbreak. Among them, many are worried about closure in the case of a failure to bring the situation under control expeditiously.

Also, with production coming to a grinding halt, salary payments in subsequent months can become a challenge for many SMEs.

Over the past week, Beroe had contacted over 100 Chinese suppliers, including nearly 30 in the hard-hit Hubei province. Many were not willing to comment on the ground reality but several of them provided us a snapshot of the prevailing business situation.

A Shanghai-based supplier told Beroe about the apparent impact of the Covid-19 epidemic on the economy, especially on several SMEs, which cannot be ignored.

In China, micro, small and medium enterprises (MSMEs) represent a fundamental part of the economy, accounting for 80 percent of the urban employment, 60 percent of the GDP, and 50 percent of the tax income, according to an estimate by the Organisation for Economic Co-operation and Development (OECD).

Hence, SMEs cannot be considered as isolated and independent units responsible to produce the whole product. They also manage one or several production links in the value chain. If they fail, then the domino effect will ricochet across global supply chains, given the country’s importance to the world economy.

Given below is a compilation of responses from Chinese suppliers. Beroe has not named any supplier considering the sensitivity of the situation prevailing in China.

Waiting for the Spring to Bloom

Despite the gloominess, many suppliers interviewed by Beroe expressed hope that the war against the virus will be won eventually.

“For the past few weeks, most tourist sites, restaurants, and shopping centers have remained closed. Surely, the services industry has been hit hard. However, we are confident that after normalcy is restored, the services sector along with other industries will also revive,” a representative of a Wuhan-based apparel manufacturer told Beroe.

As per a representative of a supplier based in the Guangdong province, “The economy will certainly suffer a lot in the first half of the year, but we believe that it will recover quickly in the second half. We believe that the epidemic will be controlled and eradicated eventually.”

“This sudden epidemic situation has resulted in unprecedented difficulties. But no matter how difficult it is, we have to clench our teeth and get through it even if we suffer a lot. I believe this difficulty is only temporary. What we need to do is: believe in the country, protect ourselves, and wait for the spring to bloom,” a representative for Shanghai-based maker of calcium carbonate told Beroe.