Relocation Service Providers: Are they ready? 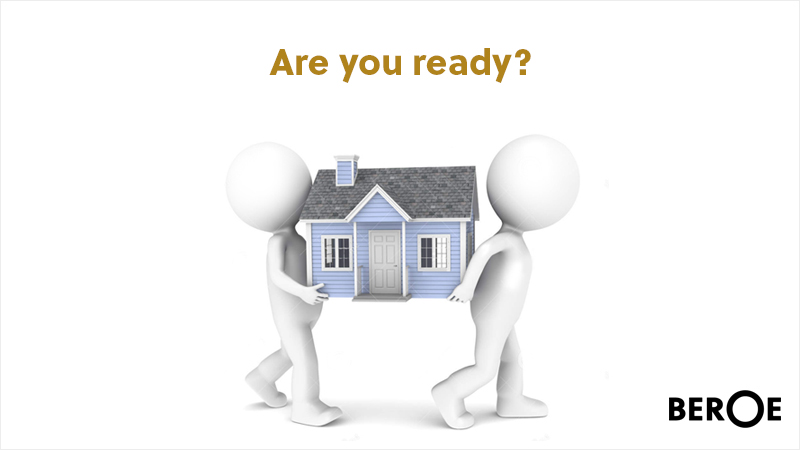 In Beroe’s view, given the ongoing BREXIT and NAFTA negotiation climate, it is best advised that companies start planning with the assumption that there will be a ‘hard’ exit.

Leaders across economies are relentless in their approach, and it is now necessary to examine the consequences for firms, and the likely impact on relocation of operations and staff. In this blog, we determine the volume of workers affected by BREXIT and NAFTA, analyze the costs incurred, and examine relocation plans outlined by firms, along with the readiness of the relocation service providers.

Volume of Workers Affected by the UK Exit from the EU

Approximately 2.4 million people living in the UK in 2017 are citizens of another EU country according to estimates. This group accounts for approximately 3.7 percent of the total UK population. Forty five percent of investment banks have planned to move their operations out of the UK as an effect of BREXIT.

The most preferred destinations for companies relocating their operations and jobs are Frankfurt, Paris, Dublin, Amsterdam, Italy and Luxembourg. There is added pressure from EU regulators on the nature of relocation; EU expects companies to have ‘real’ operations, and not a ‘shell’ firm set up to gain market access. Financial services firms are the most heavily impacted firms, and major banks have begun relocating staff to EU countries. It is estimated that 63 percent of EU companies expect to move some of their supply chains out of the UK. Another estimate states that at least 30,000 people cross the border every day for work between the UK and Northern Ireland (the movement of people is governed by the Common Travel Area between the UK and Ireland, which predates the EU). Thus, if the UK negotiates for a hard border, Northern Ireland will be impacted both economically and politically.

It would cost banks and other financial services companies £50,000 per employee, on average, to relocate parts of their UK workforce to another European city in the wake or BREXIT.

Are Relocation Firms Prepared for BREXIT?

Given the volume of workers affected by BREXIT, both relocation service providers and government resources that support the process will be stretched. Over the past six months, we have observed relocation service providers showing keen interest toward providing strategic direction and consulting services for firms that are proactively planning a BREXIT transformation programme.

With a two-year timeline for BREXIT, organizations will use a phased approach in moving employees, and hence, there may not be a major supply crunch. Though the supply market is mature, we estimate there will be an increase in demand for third-party consultants across EU locations to coordinate and facilitate staff relocations. 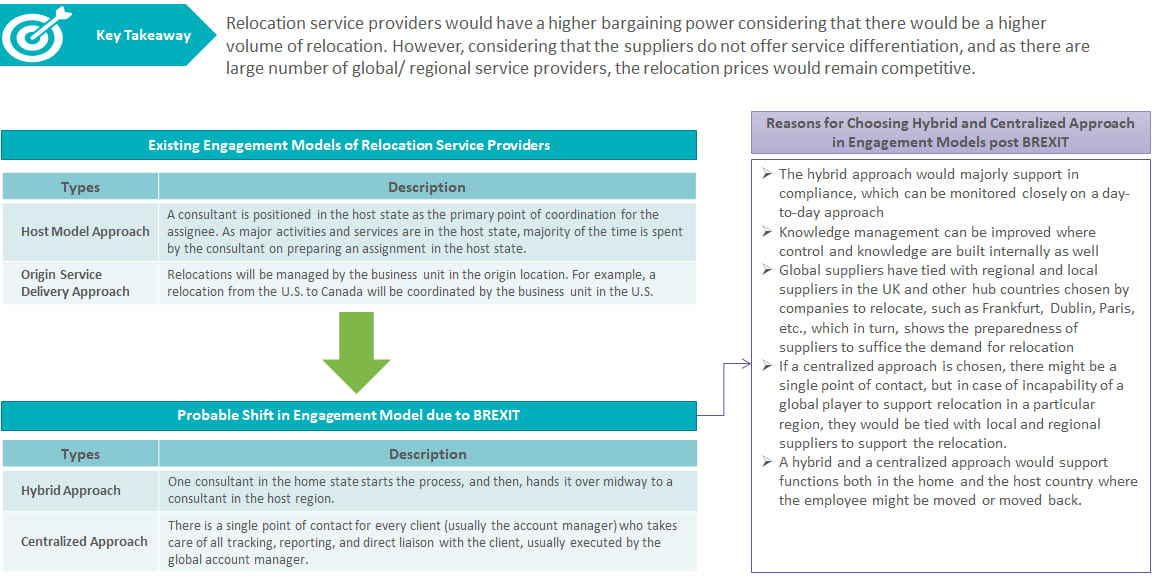 Volume of Workers Affected by the U.S. Exit from NAFTA

Mexican factories would be hit most by the U.S. exiting NAFTA, resulting in loss of low-skilled workers. Furthermore, Mexico’s manufacturing sector would be most at risk.

As per industry reports, some companies would probably relocate production to the U.S. to avoid paying tariffs, especially food and agriculture industry, where import tariffs on wheat, beef and chicken have increased in Mexico. The relocation of manufacturing units in the U.S. will increase if it exits NAFTA. Cheap labor in Mexico provides as much as $20,000 in savings per worker compared to the U.S., which sufficiently offsets the higher costs of any tariff imposed by NAFTA’s demise.

Any restriction on the free movement of labor between the U.S., Canada and Mexico could majorly impact the immigration and visa processing cost for organizations with cross-border operations. This would prompt manufacturing firms to relocate their operations.

With a ‘hard’ BREXIT and the looming threat of a NAFTA collapse, it is advantageous for sourcing managers to keep a ready checklist.

1. Supplier List: Keep a tab on the geographic capabilities of suppliers, as well as a long list.

2. Technology Adoption: Check for third-party vendors who adhere to the growing need of technology with customization. User-friendly interface, easy tracking of spend by employees, and payroll management are few of the technologies that have been gaining prominence.