Home / Insights / Are you paying the optimal price for organic produce?

Are you paying the optimal price for organic produce? 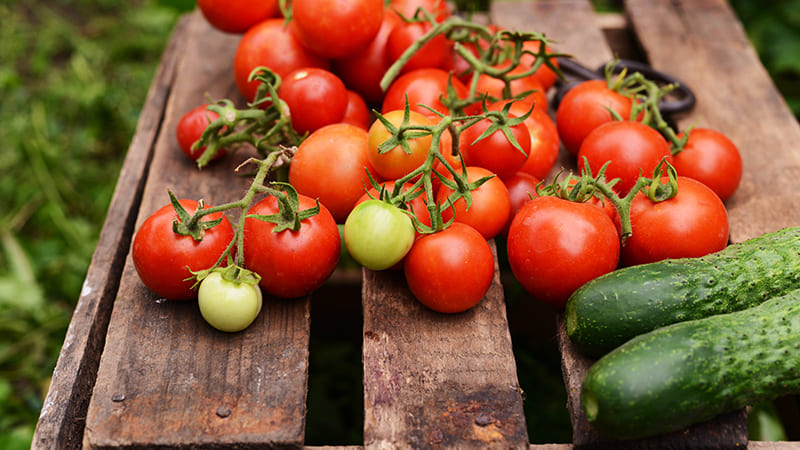 The demand for organic food continues to grow across the globe due to the rise in health-conscious ­­consumers.

U.S. organic market has hit new highs by clocking $50 billion in sales during 2016. The area under cultivation for organic produce grew 11 percent year-on-year to 4 million acres in 2016.

Attracted by the market demand, new players are set to enter across the value chain -- increased certified organic farmers to new retail outlets.

Arable land for organic crop is estimated at 10 million Hectare,  or about 20 percent of the total organic crop land. Cereals remain the major crop followed by fodder and oilseeds. These annual organic crops are likely to have high price volatility due to varied supply  and altering interests of farmers. 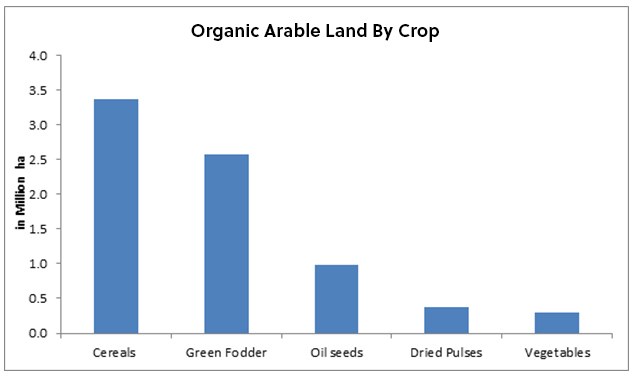 Source: FiBL Survey 2017; based on information from the private sector, certifiers, and governments

Despite a growing market, sourcing of organic products remains a challenge for category managers across the world.

An organic agricultural product comes with higher premiums ranging between 5-80 percent compared to their inorganic counterparts.

Hence, lack of price benchmarking metrics makes organic sourcing a challenge. For instance, organic corn and soybean producers have been able to garner high price premiums of $5-10 and $10-15 per bushels per acre (bu) as compared to its cost difference of $1-3 and $6-8 per bu respectively.

As seen in the below table, organic soy and corn were consistently priced above their conventional cousins.

Source: USDA
(The above calculations exclude certification fee and opportunity cost which is subject to change based on the farm land and volume)

Due to the price premium, organic products lead to relatively higher spend for sourcing managers. On an average, organic agricultural farmers are likely to have 22-35 percent higher margins compared to their counterparts farming conventional produce.

Organic farmers cite risks such as pest attacks, lower yields, regulatory costs and demand as key factors for the high price premiums.  Sourcing managers are expected to balance such complex pricing system and demand planning because, at times, the company cannot pass over price spikes to the end consumer, thereby affecting the margins.

In most cases the prices are given to the sourcing managers. In such scenarios, it will be helpful for sourcing managers to make note of two different price benchmarking mechanisms -- cost plus margin pricing and price deviation based approach.

Sourcing managers need to be aware of the cost dynamics of the organic crop market, which would support them during price negotiations with the trader/vendor. The cost differences between organic and conventional products are primarily driven by:

1. Crop protection and nutrition costs:  Organic manures and fertilizers are expensive and need multiple applications as compared to the lower priced yet highly efficient synthetic fertilizers and manures.

2. Yield: Yield of organic crops are mostly lower than the conventional versions due to the difference in yield potentials of organic seeds, nature of soil, crop management practices and sensitivity to climatic factors.

3. Labor and utilities cost: Crop protection practices such as crop monitoring and manual weeding makes organic farming much more labor intensive than the normal crop, which in turns pushes up the cost per acre.

4. Field development and maintenance costs: Organic farmers are subject to high capital and maintenance costs such as capital cost for field transition (from normal to organic) and land preparation costs. Usually, it takes 2-3 years of organic practices to get organics certification. The need for crop rotation is also likely to drive up the cost.

Sourcing managers can also opt for price deviation approach based on the availability of historical price data for both organic and conventional versions.

The below graph plots the organic price premium for soy and corn.

At the moment, the ideal price premium for organic corn and soybean based on the historical data is estimated at about $6.8 and $11.7/bu, which is an average of price deviation between organic and conventional historical prices.

Deep historical pricing data is not available for all crops. At best a buyer can consider prices that prevailed for the previous two seasons to arrive at the optimal price premium.

This method can be further augmented by using various fundamental scenarios to arrive at the best price benchmarking in any given scenario.

Price differential between conventional and organic is calculated and its mean is considered as the preferred price premium. Following steps are to be followed so as to normalize any negative price differentials:

Step 1:  Calculate the price differential between the conventional and organic crops

Step 2:  The calculated price differential is squared to eliminate negative values, if any

Step 4:  Square root of the above result is considered as the preferred price premium based on historical data