Interview: Tariffs are the new normal; Procurement to play key role in localization 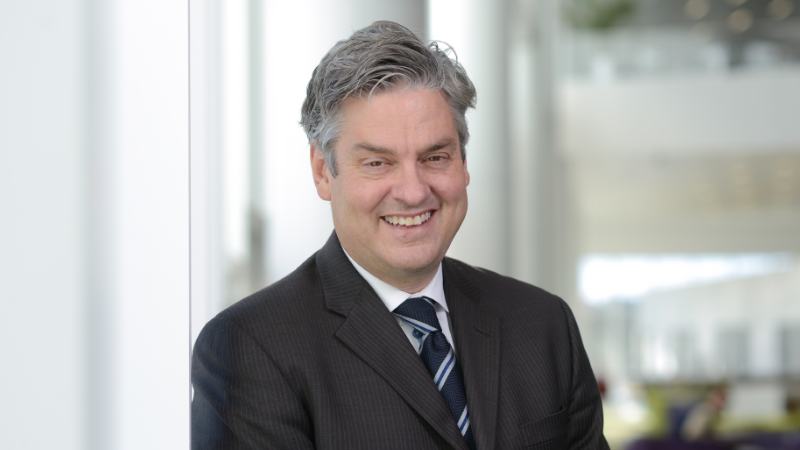 Dr. Rob Handfield is no stranger to the world of supply chain. A well-known academic with a career spanning over three decades, Handfield has authored several books on supply chain management.

While many of his former students at North Carolina State University (NCSU) are now in key positions in large organizations across the globe, others have founded successful businesses.

It was a rainy day at Raleigh, North Carolina, when the interview was conducted. One could hear the pitter-patter of rain in the background while Handfield explained the challenges in these times of trade uncertainty.

He spoke about some of the problematic issues such as the U.S.–China trade war, the unending Brexit saga, and the spike in tariffs in the form of duties and countervailing duties in the U.S., China, and few other countries.

“These are uncertain times for the executives of global supply chain. Overall, the sense I am getting from people who I talk with is that this is, sort of, the ‘new normal.’ There is a lot of uncertainty in the current state of tariffs, that is, about whether will they continue or not,” Handfield told Beroe.

In the period between 2000 and 2015, organizations went through rapid expansion, that is, they globalized their supply chain. The major force behind this was China, especially in the manufacturing sector, as well as India, which became a recipient of IT outsourcing activity.

This excessive globalization led to pushback within the U.S., which eventually led to the victory of Donald Trump in the Presidential elections of 2016. He then sparked the trade war.

Hence, all this leads us to the question, where is the world heading right now, and what are some of the fundamental shifts that we may witness in the future?

“I think we are starting to see the emergence of what I would call the ‘localization of supply chain.’ To be able to bring suppliers closer to the country where they are selling largely adheres to the principle of ‘buying where we sell’ and ‘selling where we buy.’ This model will lead to a lot of changes going forward,” Handfield said.

Based on his research, Handfield said organizations are responding to trade challenges in three ways.

Scenario 1: There is very little that can be done

Handfield said that some people believe there is nothing much that can be done about some of the commodities or goods that they buy from China.

“If you are buying integrated circuits or diodes that are fully made by three suppliers in China, or if you are buying automobile brake pads—80 percent of the world’s brake pads are made in a single province in China—you cannot shift that supply base. You can negotiate with the suppliers on the tariffs, but either way, you may have to raise prices—pass it on to the customers somehow. Or you take a hit and eat away the tariffs,” he explained.

If one digs through the trade numbers, Handfield’s assertion comes true. Tariffs imposed by the U.S. on China are economically hurting both the countries, according to a recent report by UNCTAD (United Nations Conference on Trade and Development).

The study finds that American consumers are bearing the heaviest brunt of the U.S. tariffs on China, as the costs have largely been passed down to them and importing firms in the form of higher prices.

However, the study also finds that Chinese firms have recently started absorbing part of the costs of the tariffs by reducing the prices of their exports.

Scenario 2: Hope things would get better

Some companies are in the “wait and watch mode,” hoping that things will get better, according to Handfield.

“I don’t think that is a very good option. I believe the situation may get worse and that tariffs will become a part of the normal state of affairs. Also, some companies are taking a practical approach by trying to obtain tariff exemption for one part or category at a time.

A company I spoke with recently set up a free trade zone in Oklahoma. They are getting steel parts shipped to their facility in Oklahoma, then petitioning the Department of Commerce to try to give them an exemption, arguing that it is part of their capital expansion. So, yes, some companies are using the free trade zone to see if they can get tariff exemption,” he elaborated.

More importantly, Handfield opined that tariffs are here to stay even if the Democrats win the White House in 2020.

“I don’t think the policy will change. We are entering an era of strong protectionism, strong anti-globalization. Trade wars are likely to continue even under the new administration—but, that is just my personal opinion,” he said.

The industry is also recognizing that this is not a temporary situation as the trade fight has been going on for more than two years, as per his assessment.

“People think that Trump is responsible for this situation, which, in my opinion, is only the tip of the iceberg. He is the obvious indicator, but this is something that is affecting all industries globally,” Handfield said.

Some companies have begun to relocate their suppliers. Handfield said that, right now, there is a huge influx of companies into Vietnam, Cambodia, and India. They are actively developing and searching for new suppliers in these regions. A few firms are also trying to ship components to Vietnam and then reship them to the U.S. to avoid the tariffs. However, he warned that countries such as Vietnam have capacity issues.

He also said that localization may eventually lead to local trading blocs as opposed to global trade agreements.

Localization is not a new strategy, but lately it is gaining currency. Geography plays a crucial role, and having things closer has significant benefits.

One of those benefits is working capital optimization.

“When you put something on a boat, it takes a while to reach its destination. Meanwhile, the value of the inventory goes down with each passing day. What’s more, companies will also have to pay to hold that inventory.

Working capital in the form of inventory and safety stock has become a critical measure for many companies. If you look at General Electric, for example, the number one issue investors are concerned about is ‘free cash flow.’

The second benefit of having a local supply base is that there is greater visibility and transparency in terms of total cost of ownership.

The third benefit is increased collaboration and innovation. A local supply base can also improve quality and delivery. All these are critical performance metrics.

Handfield cited the example of automobile manufacturer Honda, which follows the practice of co-locating a cluster of suppliers around their factories because they believe it is critical to have this relationship, where ideas are exchanged face-to-face and there is scope for continuous improvement.

“All the principles of Lean Six Sigma require collaboration between buyers and sellers. And that cannot happen if you are working with someone who is thousands of miles away, who speaks a different language, and with whom you do not talk very often,” he said.

Of course, one cannot expect companies to upend their supply chain overnight. In industries where it is advantageous, the process of fully building and redesigning the network would take anywhere between three and five years, according to Handfield.

He also added that some companies will have moved their supply chains by 2023. “However, the longer you wait the more difficult it is going to be. It takes a while to find a new supplier, meet with them, qualify them, transfer designs, draw an optimal contract, have a start-up period, and wait for certifications—all this before they even start production in full swing. Some of them may even fail the first time.

When you find a new supplier, rarely would they be in a position to start production immediately. In the Indirects area, it might be a little quicker, but again there will be a start-up period. It takes time to do this,” Handfield explained.

Role of Procurement in Localization

Handfield said that a decision regarding localization is a business decision and Procurement will eventually facilitate such a decision. Procurement managers will have to partner with business teams, marketing, and finance to implement the plan smoothly.

“The role of analysis will be critical. These kinds of decisions usually have many different criteria and options, and to facilitate a business decision that is supported by analyses and field visits would require a very strong team.

And for us to say, we are going to fully digitize Procurement and all these people will go away—I do not think that is going to happen right away. It will take much longer to digitize procure-to-pay systems, the contracting system, and everything else,” Handfield said.

Supplier localization project will require a broader team of people in Procurement with different skillsets. Sourcing managers should know how to

Handfield said that Procurement need to expand their ranks and train people in business development skills.

“If you think about it, it is essentially a Marketing role in reverse, that is, you are trying to find the right suppliers to buy from. You are not trying to sell to them but buy from them. It is an interesting time to be in Procurement right now,” he said.

And what would be his message to Procurement leadership: Move away from cost savings and focus instead on how best to put together a plan to tackle localization. Assemble a cross-functional team to look at scenarios and build different strategies. Procurement alone cannot be doing that; instead, they will have to engage with business teams and put together a taskforce to start examining these issues—a three- to five-year plan on how to go about doing this.

Handfield said he recently met with a senior executive who works for a large electronics company. The company was having supply issues regarding some of their components. The executive traveled to China to meet the Tier 1 supplier and asked the supplier to release at least 800 units out of the backorder of 150,000.

When questioned about the delay, the Tier 1 supplier pointed fingers at the Tier 2 supplier. The next day, the executive traveled to another city in China to meet the Tier 2 supplier, who in turn directed him to the Tier 3 supplier. The executive traveled again to another part of China to meet the Tier 3 supplier and confronted him over supply delays. After discussions, they both arrived at a settlement to speed up the supplies.

“To me, it tells a story of how supply chains are so complicated and there is no visibility despite all the analytics and the software. We do not know what is going on, and sometimes we need to get on a plane, meet people, and use a pen and paper to find out what is going on. I think this is why localization will become important, because we are going to have to build these relationships—not just with Tier 1 but also with Tier 2s and Tier 3s to drive improvement in the supply chain,” Handfield concluded.

(Note: Dr. Rob Handfield is a Co-Founder and Director Emeritus of Beroe Inc)

Have a feedback? Write to us: contactus@beroe-inc.com.