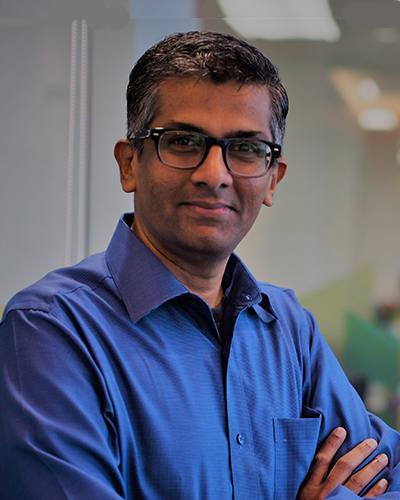 It was a typical summer day in Chennai, India when Nat Parameswaran, VP and Head of Global Procurement and Supply Chain for USG Boral, received Beroe’s call.

The temperature was soaring past 40 degrees Celsius (104 degrees Fahrenheit), with hot western winds blowing over the southern coastal city.

Beroe contacted Nat to find out how his global sourcing team at USG Boral -- a leading manufacturer and supplier of building products such as gypsum-based wall and ceiling systems -- was managing the supply chain disruption caused by the coronavirus (COVID-19) pandemic.

“No one could have perhaps predicted that an entire country would be locked down as a result of a pandemic. We have four plants in China and we knew they would have to be shut down right after the government announced strict measures to control the pandemic,” Nat told Beroe in an exclusive interview.

After the China lockdown was announced, Nat added that he was not particularly concerned about raw material or commodity sourcing within China’s geography as the entire country was under lockdown anyway.

“However, my immediate reaction was what happens to countries outside of China that are dependent on China-sourced raw materials,” Nat said.

He then cited how -- a few years ago -- the USG Boral transformation to a center-led procurement function was useful in terms of executing risk mitigation programs across the division in a coordinated and collaborative manner. 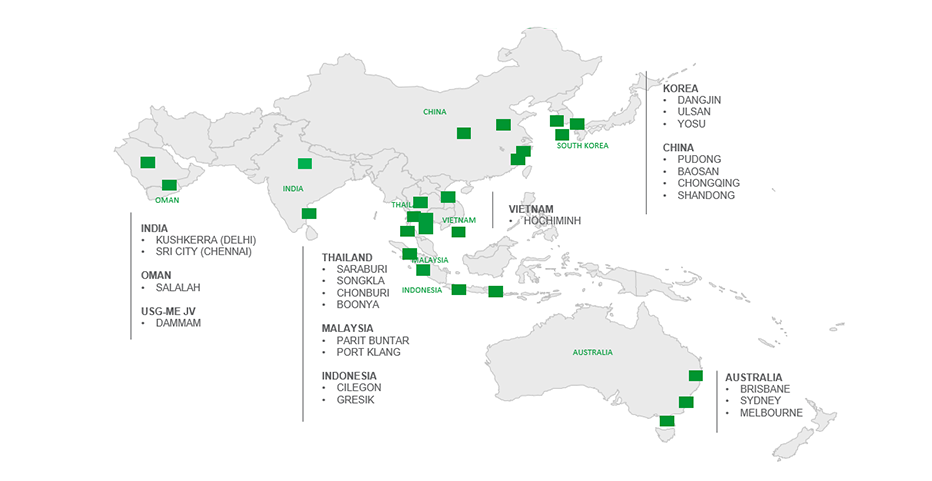 After taking over the reins of the company’s procurement and supply chain five years ago, Nat explained that USG Boral opted for a center-led procurement structure (not centralized), with the “Global Sourcing-Local Procurement” model as a philosophy, which still retained the strengths of tactical procurement and execution locally in each of the 12 countries spanning over 30 manufacturing plants in the network.

This model -- which was proactively instituted a few years ago -- was useful when China suddenly locked down large parts of the country.

“As soon as the lockdown in China was announced in late January, we received a call from the China Procurement Head inquiring about the possibility of sourcing safety masks from outside the country. The Chinese Government had just declared a nationwide lockdown and issued an order to ‘ration’ masks within the country to facilitate their availability for healthcare workers and people in the Hubei region.

“This call got us thinking that the China business unit could potentially face issues of inadequate mask availability once operations resumed, resulting in plants having insufficient masks to cover the demand, especially if masks are made mandatory,” Nat said.

He further added that the Global Procurement Team along with Central Response Team immediately sprang into action and started scouting for masks from other countries in South East Asia.

“At this time, many other countries had still not placed an embargo on securing masks by private enterprises like us. Within a span of a week, our procurement teams from South East Asian countries were able to ship masks to China, which allowed the China operations to have enough protective gear when operations resumed in March. This fast ‘reactive’ action was possible due to the collaboration, coordination, resilience and rapid decision-making that was already inherent in our Center-Led procurement model,” Nat explained.

Commodity Strategy: Diversification of Supply Base

When Nat started his role five years ago, he realized that there were certain commodities where the company was “single sourced.”

“There was a need to put together a program to diversify the supply base as part of risk mitigation strategy. Over the past couple of years, we had accomplished that for most key commodities, where we managed to qualify and develop new supplier partners,” Nat said.

“When the pandemic crisis started, and China went into lockdown, we were able to seamlessly shift volumes to our other qualified sources outside China to supply the key raw materials to rest of the network of plants by rebalancing our volume allocation to our alternative suppliers in the region,” Nat said.

He emphasized that this was possible because of the great relationships the company has with key supplier partners who are global players in their respective sectors.

“As a result, we did not have to shut down any single line due to raw material shortage or logistics disruption in our network, outside of government mandated lockdowns in certain countries. This was due to the risk mitigation strategy we had put in place that laid emphasis on supplier diversification,” Nat elaborated.

Nat was a management consultant before moving into supply chain operations. As a result of his extensive experience in supply chain strategies and global strategic sourcing, combined with his knowledge about manufacturing systems, he is no stranger to dealing with business complexities in China.

The U.S.-China trade war and the COVID-19 pandemic has put a question mark on unfettered globalization with increasing political noise to move supply chains out of China.

Nat said it remains to be seen as to how much of this talk about moving supply chains out of China is actually going to materialize in the mid-to-long term.

“China still has vast raw material resources and scale to supply to the entire world, and that is not going to change much. It all comes down to dollars and cents, and the value of incentives that recipient countries are willing to offer for companies to move and setup shop outside of China,” he said.

He followed up by saying that there are a large number of vertically integrated industries that have developed a supply chain ecosystem in China that would be very difficult to replicate in a short time elsewhere in the world.

“Chemical emulsions like latex, cellulosic, foaming agents and so on are fairly generic and widely used chemical additives. These are used in industries such as automotive, paint, cosmetics, building materials, etc.

Chemical emulsions are manufactured by global players generally through polymerization process that produces various grades of additives depending on the polymerization chain. Such industries have significant investments in China as they generally tend to be vertically integrated. And if such industries had to take those chemistries out of China and establish them elsewhere, it would require significant capital and mark a major strategic shift,” he said.

Instead, Nat explained, such companies may choose to manufacture the key chemistries in China and then perform some of the final value-added steps in a different country closer to the markets, thereby diversifying some risk. This would require the creation of a new supply chain network in terms of final manufacturing setups, distribution centers, logistics, and warehousing -- the 3PL factor.

“If each and every country is completely reliant on itself to produce all of its needs, then there is nothing like that. But that wouldn’t be a viable option. Therefore, most customers probably will have a sourcing strategy that has a ‘China-plus-one’ model where they will diversify their supply risk by developing additional sources outside China,” Nat said.

When the COVID-19 crisis began to unfold, Nat said that the immediate aim was to ensure that plants outside China had an adequate supply of raw material inventories.

“As shutting down a line due to a lack of raw materials is never a good strategy, the approach we adopted was ‘let us get in as much raw material as we can from the alternate suppliers’ so that we are not compelled to shut the line down,” Nat said.

He maintains a daily dashboard that gives a snapshot of the inventory situation in each plant location. Nat explains, “Whenever the raw material position goes from green to yellow, then the mitigation strategies immediately kick in and we make sure that we execute actions to address the risk to bring back the status to green.” The dashboard, he said, is a “living and breathing document.”

“Right now, it is still a dynamic inventory management philosophy as we are also making sure that we conserve cash in terms of how much inventory we are stocking. That is a fine balance we are striking. No longer am I telling all countries to keep as much as possible. As days progress, we can take a calculated risk by dialing back some of the inventories.

“At the end of the day, there are creative ways to preserve cash flow and manage risk by working with your key supplier partners,” he said.

Nat said that no one knows when the pandemic will end or what shape it will take in the days and months to come.

“We may eventually see a demand shift. Part of our procurement strategy is directly dependent on how the demand shapes up in the next six to twelve months. A crisis is not a time to create new sourcing strategies. A crisis is a time to execute on the risk mitigation strategies that you have already developed. Any new strategies will have to be developed when we know how the new normal looks like.

“As we transition out of this severe lockdown and into a new normal, the procurement professional’s job is to understand the demand shift that will exist in the market for the products and the actions that the suppliers take, which will then drive new strategies to survive in the new normal.

“What you have in place today may need to be significantly fine-tuned based on the demand shift,” he concluded.