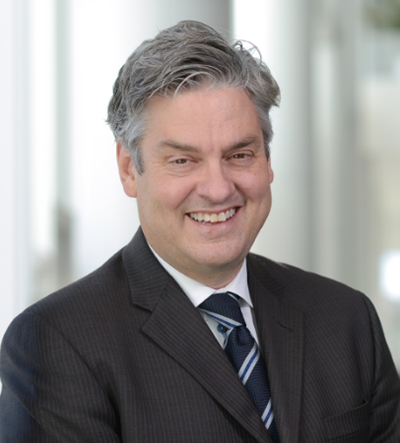 The outbreak of COVID-19 in 2020 brought the reality of "supply chains" to the forefront of mainstream media attention, after years of neglect. Dr. Rob Handfield, Professor of Supply Chain Management at North Carolina State University, has become a sought-after expert on the subject, with media outlets such as the Associated Press, Bloomberg, Wall Street Journal, Forbes and New York Times, frequently seeking his insights and expertise.

Around the middle of 2021, Dr. Handfield was one of the first experts to raise the alarm about inflation and supply bottlenecks. At the time, he had to wait for nearly four months for the delivery of a refrigerator he had ordered from a local retail store.

Much water has flowed under the bridge since the hectic days of supply crunch of 2021. Going forward, what’s in store for supply chains in 2023?  It was 9 a.m. in Raleigh, North Carolina, when Dr. Handfield received Beroe’s video call.

“In 2022, we had some wild swings percolating from 2021. Most organizations overestimated demand and placed excessive orders. However, with tightening by the U.S. Fed and the European Central Bank, interest rates have been rising. When interest rates go up, the spending power of people reduces. Numerous bottlenecks simultaneously resulted in supply shortages, leading to inflation.

“And when you add in the labor shortages, labor costs had to rise, forcing people to pay more for services. There are millions of open positions in the U.S., Europe, and Asia. Companies are raising wages in an effort to fill these positions and retain their employees. Overall, I do not see inflation reducing dramatically as a result  of these factors. I think it will persist. Of course, inflation is slowing down, but it would take a while before it returns to its historic average,” Dr. Handfield told Beroe.

Following a peak in mid-2022, U.S. inflation eased in December for the sixth straight month, as the Fed aggressively raised interest rates and the economy showed signs of cooling down.

The Consumer Price Index (CPI), which measures the cost of goods and services for consumers, increased by 6.5 percent from the previous year, a decrease from the 7.1 percent in November, and well below the 9.1 percent peak in June. Additionally, core inflation, which excludes the prices of energy and food, increased at a rate of 3.1 percent annually in the three months ending in December, the slowest pace in over a year, and a decrease from the 7.9 percent in June.

The talk of recession is doing the rounds. According to a recent World Bank report, the global economy is projected to grow by 1.7 percent by 2023. The sharp downturn in growth is expected to be widespread, with the 2023 forecasts revised for 95 percent of advanced economies and nearly 70 percent of emerging markets and developing economies. If and when that happens, it would also be the first time in over 80 years when two global recessions occurred inside the same decade.

“The logic is simple: if the interest rates keep going up, it would eventually trigger a recession. We are seeing companies pushing back on their suppliers as inventory is exceedingly high -- we have a lot of stock. This indicates that businesses may not buy as much as they should because the interest rates are higher. We are still seeing rapid swings in demand and supply; for instance, you were seeing prices of semiconductors drop like a rock. There is an excessive inventory of semiconductors. We have reached a point where TSMC, Micron, and others have halted their capital expansion.

“Interestingly enough, Samsung continues to invest as they believe a downturn is a good opportunity to do so. Overall, I do not think we are going to have a recession. I believe we will still have some inflation. Even if there is one, it may be short-lived. There could be a slowdown in manufacturing because of too much inventory,” Dr. Handfield explained.

The Inventory Turnover Ratio for the S&P 500 group of companies increased to 19.33 in Q4 2022 from 11.66 in Q4 2021, according to data published by CSI Market, a financial data provider. A possible explanation for the higher turnover ratio could be that companies may not be purchasing enough inventory to support the rate of sales; in other words, this could mean that stocks are running out at a faster rate.

Excess inventory build-up was caused by supply disruptions in the aftermath of the COVID-19 pandemic. Companies espoused a “just-in-case” approach and bulked up on inventory as a safety measure.

“It will take the companies a quarter or two to work through the inventory. I recently spoke to a manufacturer of hand tools. He said they had so much inventory that they did not even have enough space in their warehouses for it -- drayage fees were being incurred to keep the inventory in containers at the dock because they did not have any other place to put it,” Dr. Handfield said.

Dr. Handfield stated that as an alternative to the excess inventory approach, some companies use domestic or nearshoring suppliers. He added that in the aftermath of COVID-related supply disruptions, Mexico is emerging as a destination hub because it is still expensive to bring output back to the U.S.

“I have been in Mexico -- Nissan, Toyota, GM, all have massive plants down there. They also have many suppliers who are congregated in the area, delivering parts to these facilities. They are extremely productive and well-managed -- the Mexican workforce is reliable, and labor costs in Mexico are lower than those in China right now. The advantage is that there is less inventory; it takes only a day to drive a truck from Mexico to the U.S. Moreover, appliances such as washing machines are also mostly assembled in Mexico. Things that are large and bulky entail high transportation costs; nearshoring reduces logistical costs. The physical attributes of the product would play a substantial role in determining where things are being produced, but high crime rates in Mexico will continue to be a problem in nearshoring,” he reasoned.

The important question, however, is whether China can be replaced, considering how dependent the global economy is on Chinese factories.

“It depends. I think there are certain types of categories of goods that are appropriate for nearshoring -- for example, automotive. There are others for whom it is simply impossible from a cost management perspective to move production back to the U.S. For instance, I spoke to a large supplier of automotive parts. They informed me that 80–90 percent of the world's brake pads for automobiles were produced by three manufacturers in China. There is no way you will suddenly create this capability. However, there is a question of expertise. Semiconductor manufacturing is extremely complex. It is 600 steps. If anything goes wrong during any of the steps, the chip is ruined. Let us say, you build a fab. You would still need an entire supply chain that supports the fab. You cannot just build a fab and say that you are bringing it onshore.

“Having said that, I think it will happen gradually, and we will start to see more nearshoring, more domestic production in certain types of goods. However, I do not think we will ever get to that; I think China will always remain a producer of high-volume, low-cost goods. The same applies to the assembly as well. I think any kind of assembly work will remain in China. They are just exceedingly good at it. So, it depends on the category,” Dr. Handfield reasoned.

When asked to list the top priorities for procurement teams in the coming year, Dr. Handfield stated the following:

Supply Chain Mapping: “It is essential to understand who is in tier 2 and tier 3 of your supply chain in order to minimize supply risk”.

Supplier Relationship Management: “It is distressing to see several organizations telling their suppliers to cut costs to the tune of 20 percent from their textile mills in Asia. These suppliers do not have double-digit margins. Supplier relationship management is going to be much more important.”

Sustainability: “Several different laws are being passed now -- the German Transparency Act, the EU’s proposed Supply Chain Transparency Act, and the SEC’s proposal. These laws would require scientific understanding of the situation.”

AI: “I think organizations need to start exploring how to use artificial intelligence, especially around procurement automation. I think there are some interesting projects that can make the P2P process much more efficient, catch errors much more easily, and build algorithms that can improve the productivity of accounts payable, invoicing, and PO generation.”

According to Dr. Handfield, the procurement function should regularly communicate input price movements to internal stakeholders, such as finance and sales.

“I spoke with a major consumer goods manufacturer, who said that they regularly have meetings with their sales and marketing teams to educate them about market developments. For instance, if labor costs, transportation costs, and material costs increase, they let the sales team know that the costs would have to be passed on to the consumers, as there is no way to absorb all three hikes through higher productivity. Procurement plays a key role in absorbing cost hikes without damaging the company’s profit margin because we owe that to shareholders. Such regular communication ensures the sales team pays attention to the procurement function,” Dr. Handfield concluded.

(Note: Dr. Rob Handfield is a Co-Founder and Director Emeritus of Beroe Inc)

Have a feedback? Write to us: contactus@beroe-inc.com

Great conversation. Spot on observations. Interview questions were very relevant to todays global economies. We are seeing similar scenarios playout currently. I liked the way the discussion ended with the 2023 priorities. Extremely important to understand the holistic view of the supply chain.

Very good article, combining real world business and the macro environment. We are in Ag, more specifically supply fert to NZ farmers. We have seen sharp decline in volumes resulting from high fert prices, adjusted our purchases accordingly from last April through Oct. Inventory slowly but surely gettingt back to more normal levels. But still some areas of uncertainty of supply eg China have had Fertiliser Export Restrictions, still sanctions re Russia / Belarus from EU....banks not wanting to make certain cross border payments even if an entity is not sanctioned. EU energy situation real and also global pace of adoption of sustainable initiatives. Because of this uncertainty more purchasing from closer sources.