Home / Insights / Interview: Every Dollar Saved Can Help Solve a Major Problem in the World

Interview: Every Dollar Saved Can Help Solve a Major Problem in the World 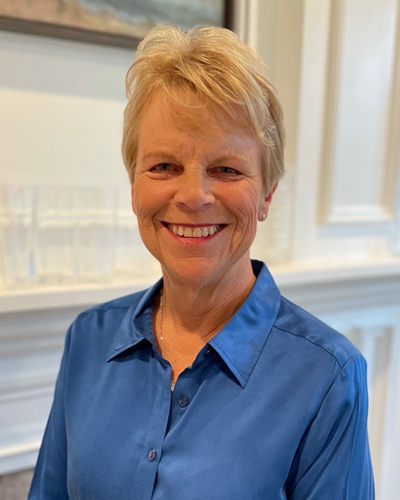 Sara Malconian, the Chief Procurement Officer at Harvard University, has taken what many would call an “unusual route” to professional success that involved not one but two career changes.

Soon after graduation, Sara started off as an investment analyst before switching over to real estate portfolio management. And a few years later, she made a second switch to Procurement following a chance encounter with a former colleague in the elevator of a famous bank.

It was 10 a.m. in Boston, a city known for baked beans and Fenway Park when Sara received Beroe’s video call.

When questioned about the career route that had taken her from Investment Management to Procurement, she laughed and said: “I had a very eclectic mix of opportunities. When I was working at State Street Bank in the trust department, I had a chance encounter in the elevator with someone that I had worked with many years ago. He was hired to manage real estate at State Street and immediately asked me to join his team,” Sara recalled.

This chance encounter happened in the year 2000 and in her then new role, Sara said she worked with external consultants to set up the Strategic Procurement process at State Street.

“And I loved it. It was like case study after case study because you would go to a different category -- IT, Real Estate, Professional Services -- and conduct these sourcing waves. And we were able to save so much money. It was fun. We eventually institutionalized the process, creating strategic sourcing -- that is where I really got my foothold, and I never went back to the investment side of the business,” Sara said.

There is another distinction: it is not often that one gets a chance to head the Procurement function at both MIT and Harvard -- “right down the river,” as they say in Boston -- something which Sara has managed to achieve.

What attracted her to take up the responsibility of managing the Procurement function at an educational institution?

“Instead of managing earnings reports, or bottom line, from an investment standpoint, every dollar saved at the university is going to research or things that can actually solve a major problem in the world. And that was the attraction of coming over to higher education,” Sara reasoned.

She added that the pace was frantic in the private sector “because you are trying to get the results super-fast. But at higher education institutions, things are much more collaborative, and it takes a lot longer to build those relationships to make the change”.

Procurement at Harvard is a decentralized function. Sara’s team acts in an advisory capacity to the network of schools that fall within the jurisdiction of the university, including the undergraduate Harvard College, 12 graduate and professional schools, and the Harvard Radcliffe Institute. For example, when it comes to contracting, her team reviews supplier contracts and provides suggestions to the procurement teams situated in the various schools such as Law, Medicine, among others.

However, primary operational activities such as setting up suppliers, maintaining the vendor master, expenses relating to travel and entertainment, p-card program, accounts payable, and managing the procure-to-pay (P2P) process in its entirety fall within the ambit of Sara’s team.

When it comes to strategic sourcing, her team provides the overarching policy, methodologies, and systems to the procurement teams across the Harvard school network to deliver the highest value on the university’s annual expenditures.

Moreover, when it comes to category management, Sara said that since her team has the overarching view of the spend at the university through spending analytics tools, they, in turn, use their relationships with the schools to put together category plans to better manage opportunities locally at each school.

“One of our main tasks is to work with the schools and departments to align what we see as an opportunity with what they are trying to accomplish locally. The decentralized nature allows each school to support and make decisions locally, but they also see the value of working with us to be able to better optimize spend, build better supplier relationships, and derive greater value from contracts,” she explained.

Harvard University spends about $5.5 billion a year, and the addressable spend for Procurement is about $2.4 billion.

The categories at Harvard follow the major areas of spend. One big-ticket item is the IT Services. Given that the university has an extensive research base, a substantial portion of the spend goes towards lab supplies and equipment; and due to large real estate holdings, there are categories relating to professional services like cleaning, security, maintenance, and so on.

In general, one of the primary aims of procurement is cost saving. At Harvard, however, this is discerned from a different angle.

“We never lead with cost saving. Obviously, we do care about saving costs, because as I said earlier, every dollar saved is supporting the core mission of the university and its research and work.

“Cost saving is a by-product of doing the right thing. If we go in and try to solve every problem by saying we are going to save money, we may lose sight of the real opportunity. Savings is important, but it happens by doing the right thing. And I honestly believe that. This way, it is baked into our process. Every day, every decision is leading to savings without being driven by whiplash going from project to project to try to generate savings,” Sara said.

Her response was candid when asked whether she takes expert opinion from Harvard professors on how best to run procurement operations: “There is less of that than you would think. But we have, obviously, opportunities to work with them, where they lend their time to train some of our teams as part of skills development initiatives. It is great to have opportunities to occasionally work with them, but do they have a hand in telling us how to do it? Not so much”.

Given her diverse experience and long tenure in the field of sourcing, one could not help but ask Sara about the way procurement has evolved over the past two decades or so.

She said that the evolution of technology and the amount of data available is certainly a huge change that has occurred over the years. However, the first principles, according to her, have not changed: “It is just how do you make sense of it all, and be able to have that human connection with people to help them understand what it is that you might help them with, and then influence them in the right way.

“What has changed now is the need to make use of all the data and information that Procurement teams have at their disposal through all these tools -- and if you really know how to use them -- then you can come up with several options to serve your customer better.

“And it is not that your role is not needed and that we are not going to need procurement people. We should continue to excel in soft skills that can help us build strong relationships with our stakeholders and become trusted partners. It is like the role of sales, though not in a bad way. It is about how you help people see where you are guiding them and help get them to the right place. It is always exciting, you continue to learn, and that is what is so amazing about this job. I cannot imagine doing anything else at this point. There is just so much to learn,” Sara elaborated.

The Invoice of Lore

Like millions of people worldwide, Sara was also forced to work from home following the outbreak of the COVID-19 pandemic. She said for the past year-and-half or so, she missed walking around the Harvard campus which is so rich in history and where numerous little plaques recount historical events that had taken place there.

“I once read a plaque that stated a lot of troops under General Washington were quartered right on what is now our campus in Cambridge. And soon after the War, Harvard had sent an invoice to the Continental Congress, which listed out what was owed for food and items that the troops took with them -- whether it was linens or cutlery or other stuff. A blown-up copy of the original invoice is on display in the main lobby of our Procurement Office,” she concluded.

From the days of a handwritten paper invoice that was mailed to the Continental Congress to an automated invoice settling mechanism through the P2P software -- the world has indeed come a long way.

Who lived the Procurement environment will stay agile in all his senses wherever he shifted his career towards any new direction.

I enjoyed reading Sara's experience in Procurement at Havard. I think the impact of cost savings for research really resonated with me. This inspires me to consider procurement in the educational setting and doing the "Right Thing".