Home / Insights / Interview: Ability to Tell Data-based Stories will be a Key Asset

Interview: Ability to Tell Data-based Stories will be a Key Asset 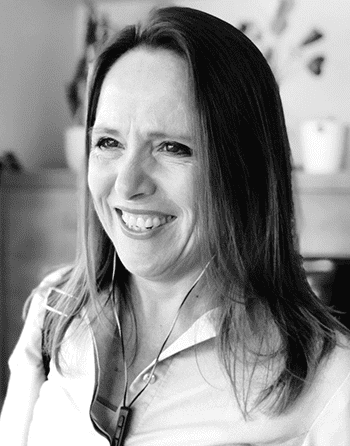 Michelle Baker, the Chief Procurement Officer (CPO) of Dutch telecom giant KPN, has an undergraduate degree in Dramatic Arts. She concedes in a humorous manner that it is unusual for a CPO to have such a degree.

After her degree in Dramatics, she became interested in advertising and marketing before going on to become a specialist in the field of Information Technology.

From drama to IT is  quite a journey. Not just that, she also equipped herself with degrees in Law and Finance. Did she take any specialized courses to become proficient in IT systems?

“Back then I got trained in RPG (Report Program Generator), a programming language used in IBM’s AS/400 computer system, which I believe is still kicking around in many large organizations,” Michelle Baker told Beroe.

Since then, for the last 20 years or so, her strong IT background and digital understanding have been the backbone of her career progression. She had previously worked with marquee brands such as SAB Miller and Rio Tinto. Even though she did not start her career in purchasing, she eventually switched over when a frustrated CPO insisted to a CIO that IT needed a procurement team, which is when Michelle was tapped on the shoulder.

From purchasing to strategic sourcing and category management, Michelle developed her skills over many years amidst the increasing professionalism of the function. Then came the opportunity with KPN.

What sets KPN apart from other companies is that IT usually falls under the category of “Indirect” in many organizations, but for the Dutch telecom major, IT is considered to be in the direct category, according to her.

Furthermore, even though a majority of the company’s suppliers are based in the Netherlands, they are not necessarily Dutch companies; several of them are Dutch entities of multinational companies.

Overview of the types of suppliers per category, with the proportion of spend (Capex and Opex) and geographical spread:

“When I had interviewed for this role at KPN -- I discussed at length with our CFO -- who is my line manager, about the future direction of Procurement and how I felt passionate about the need to transform the function. It was a meeting of minds and the desire to see Procurement do more than just take cost out to squeeze suppliers, and start to play an active role in value creation and supplier-led innovation,” Michelle said.

Having worked in the Procurement space for many years, Michelle has keen insights about how companies typically go on to achieve cost savings target and the eventual impact on Innovation.

“For many years, the key card the Procurement people have played is ‘buy bulk and save.’ The aggregation of spend had yielded significant cost benefits but often came at the expense of innovation. If you consolidate all of your eggs into a single supplier basket, you could end up potentially dealing with much bigger suppliers who may not be able to rapidly respond to innovation challenges in this increasingly volatile world,” Michelle said.

What does the future hold for the Procurement function in general? This evokes a variety of responses from Procurement leaders but inevitably leads to the question of whether automation would render large parts of current function useless.

“What Procurement teams do today may end up being automated in the next five to ten years -- I estimate anything up to and around 50 to 70 percent. If you are running an RFP today, your objective would be to achieve the best competitive outcome, that is, either drive down price, or improve quality and speed to market. So much of that will ultimately be processes that algorithms and platforms, using market forces, will be able to do without much human intervention.

Look how the travel industry has been upended in the last 25 years or so. Going to a travel agent for a train or a plane ticket may sound absurd now because consumers are able to obtain price, quality, and time parity through online marketplaces, which disintermediated the travel industry. Similarly, I think there will come a time where for a number of categories the Procurement team would be disintermediated. If we continue with only the old ways of working, we may end up becoming the handbrake rather than the accelerator for our businesses and, as many still do today, the business will find ways to work without us,” Michelle said.

So what is the best way for Procurement to stay relevant in such a scenario?

“The first challenge is how do we get out of the way and try to make Procurement more of an accelerator than a handbrake. This will ultimately drive us toward a sort of a self-service lane for many categories of spend, with the business becoming agents for good procurement and leaving specialized procurement people to spend more time on strategic value adding activities such as supplier-led innovation and collaborations.

Technology will replace us in the next five to ten years, and we need to reinvent ourselves to add value to the organization. Hence, our big focus as Procurement is how we get ourselves out of the pure transaction business and get into the relationship business. We see collaboration as a key facet of business in the 21st century and we think developing our skills to support a more collaborative corporate climate is one way to ensure we stay relevant in the future. We also think the ability to use facts and data -- but to tell stories with the help of that data -- will become a core competency of the great collaborators,” she said.

Michelle said there is always a desire among the Procurement community to form strategic relationships with the stakeholders, but that does not always manifest in business situations.

“We often get pulled into the day-to-day operation of running a sourcing project at the expense of taking the time to deliver relationships or spend time doing the rights sorts of data analysis,” she added.

At KPN, there is a desire within their category teams to create a generic procurement-wide ability to use data to create numerically accurate, graphically well-represented form of narrative, say, to showcase why a change of direction may or may not be advised. Developing the ability to think critically and share these thoughts visually is something they are working on as part of their change journey.

Michelle emphasized the need to stop talking about using data and instead actually start using it. There is a way out: if the company automates more of the operational sourcing activity to free up time and capacity, then the teams can train themselves to seek out research and build scenarios that can be presented to business.

“Technologically we have never had as much data as we have got today. We at times end up using tools that have been around for nearly 30 years. Usually, only a dedicated analytics team gets to use high-end data tools but I see a day when all of us are going to use them. We all need to learn a little bit of programming to figure out how to tell data-based stories, supported with facts. Those are elements that are not typically found in most procurement practitioners today,” Michelle said.

Michelle said the company is looking for the next frontier of Procurement technology. She does not believe that the current technology landscape perfectly suits a Procurement function that is not at the center of every single transaction that happens within an organization.

Right now, the company continues to evaluate many technologies in the marketplace, and she believes that perhaps one of them may go on to serve future-focused Procurement organizations. However, as of now, none of them completely make the cut, according to her. That will require a different way to evaluate technology, while the industry once again matures into a new way of operating. More experimentation and a greater tolerance for shorter IT lifetimes will be necessary.

Michelle is of the view that the current education system in many parts of the world does not necessarily prepare the workforce for a cross-functional, diversity-led collaborative enterprise, which is key for Procurement function’s survival in the future. She referred to her own journey of transformation: from being an arts graduate to IT specialist.

“I have had a diverse education and that helped me to assess and bring various opinions into the room. I am a great believer in diverse, multi-functional teams producing higher quality and more robust outcomes rather than monolithic structures that encourage group thinking. Now, it’s crucial that we as individuals commit ourselves to constant learning because it’s never been more important to be a generalist than it is today,” she concluded.