Home / Insights / How Rosie the Robot Will Someday Replace Bob the Builder, But Not Yet

How Rosie the Robot Will Someday Replace Bob the Builder, But Not Yet 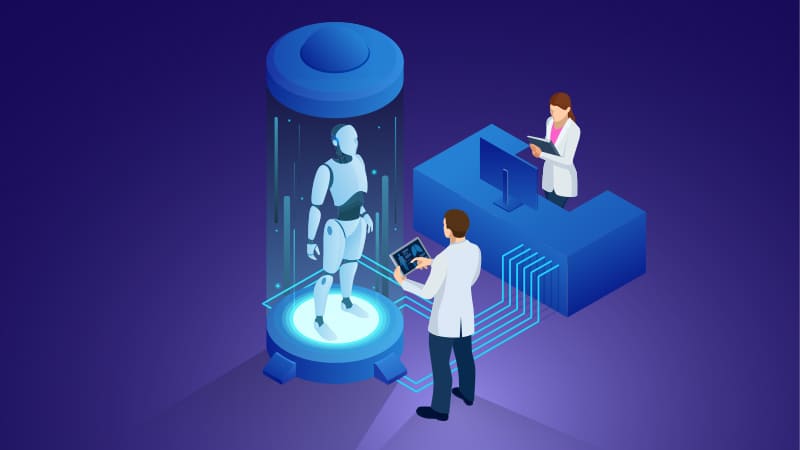 In movies, robots are often depicted as metal humanoids that can walk and talk just like us. The reality is that purpose-built robots tend to look less like humans and more like machines made for a specific purpose.

The most well-known example of this is the Roomba vacuum cleaner.

I know that a Roomba is very different from a machine that can handle the stress of working outdoors (let alone at a construction site). Nevertheless, I mention Roomba as an example of a purpose-built machine that performs a task previously only done by humans.

Borrowing from the design of the Roomba, the Husqvarna Automower is a robotic unit that mows lawns. It looks like a larger version of the Roomba and operates in a similar manner.

The Automower requires a small wire to be placed around the perimeter of the lawn area. The machine has sensors that detect when it rolls over the wire, stopping it from proceeding further.

Similar to the Roomba, the Automower senses when it hits an obstruction (such as a tree or curb) and redirects itself to continue mowing. It runs continuously until it needs to dock to recharge.

One million Automower units have been sold as of April 2018, and not all of those were for domestic purposes.

The University of Nebraska’s facilities department recently purchased two Automowers, thus relieving themselves from having to spend 120 man-hours per week on mowing.

According to Husqvarna, the cost incurred on electricity to charge each mower ranges between $10 and $50 per mowing season.

On the construction front, Construction Robotics, a small company located in Victor, NY, has developed a robotic called the Semi-Automated Mason: SAM100 for short.

SAM is the first commercially available bricklaying robot that can be used on a construction site. The unit requires workers to feed it bricks and mortar, but with a continuous feed of material, it does not need to take breaks.

SAM is definitely slower than a human mason and cannot lay corners or clean its own grout. Nonetheless, it fills the growing trade labor gap. Despite rising wages, 63 percent of contractors report a shortage of skilled masons. This shortage is expected to grow as the current mason population approaches retirement.

Currently, there are 11 SAM units in operation, but each unit costs $400,000, making it impractical for smaller contractors. However, as labor shortages continue to grow this cost may soon become more viable.

Another exciting company to watch  is Built Robotics from San Francisco, CA.

Built Robotics does not actually manufacture robots. Instead, it takes existing construction equipment such as bulldozers and skid loaders and loads them with equipment, technology, and software to automate them.

The company was founded in 2016 and is currently on its 10th prototype. According to Tech Crunch, Built Robotics has recently signed a deal for $100 million, which should propel this start-up into the future.

This is one of the most exciting developments in construction, as it has huge potential for automating machinery on a massive scale.

I did not want to end this article without calling attention to a few notable technologies.

Let me clarify that these are not actually robots. However, because they involve machines that assist humans, they have sometimes been called “robotics.”  Nevertheless, if these technologies grow in popularity, they have the potential to make construction safer, faster, and less physically demanding than it is today.

Ekso Bionics is a revolutionary company originally started to help patients with their ambulatory functions.

Ekso makes exoskeleton suits that help improve the mobility of the wearer. In 2017, Ekso partnered with Ford to create an exoskeleton used by line workers for performing overhead tasks.

The use of the exoskeleton enhanced the workers’ mobility by reducing stress. According to Ekso’s chief executive officer Tom Lobby, the suit reduces workers’ injuries by 50 percent. The Ekso suit costs $7,500.

The Material Unit Lift Enhancer (MULE) is along the same lines as the exoskeleton. The MULE is a machine created by Construction Robotics (makers of the SAM100 unit).

The Mule is not a robot; rather, it works like a portable crane to help masons lift up to 135 pounds of weight.

No discussion of technology is complete without reviewing future technologies, so before I close, I want to share a few developments that are not quite ready yet, but are very exciting nonetheless.

These robots are less carpenters and more carpenters’ assistants, serving the function of cutting wood for carpenters to install. Nevertheless, the benefit of their assistance—and potential for reducing injury from handling power saws—is an obvious advantage.

This is an exciting time for technology. Real robots are on the horizon, and the construction industry is poised for a revolution.

I am certain that we will see these near-term technologies pave the way for a new way of construction, and, inevitably, there is even more to come.

What about you? What technologies are you excited about? Do you know of other robotics companies to look out for? Tell me your stories.