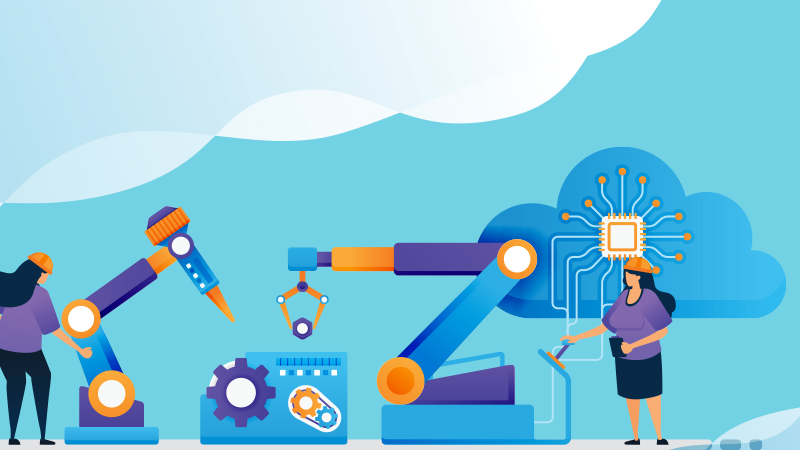 The global robotics market is expected to have a great run, with significant growth in the coming three years. From $43 billion in 2018, the robotics market will grow to $70.84 million in 2023 at a CAGR of 10.5 percent. This upsurge in demand is formed by the increasing trend of automation in several industries, including the automotive, defense, and medical industries.

“A greater implementation of robotics in the evolving industry was inevitable. Manufacturing organizations are constantly pushing for an increase in sales, for which productivity and efficiency are the key factors. Such technological advancements in robotics have proven to be pivotal to achieve that end goal,” said Vignesh Premkumar, Research Analyst at Beroe. “Even from a cost standpoint, manufacturing sector is under tremendous pressure, leading them to outsource labor from low-wage countries. Nevertheless, the workforce shortage that prevails in developed markets locally has been an influencing factor in robotics development and its potential implementation”.

The evolution of the industry and technology has been mutually beneficial, fuelling each other symbiotically. This has led to a new and improved Industry 4.0, which has technology at its center. According to experts, a formative tenet of Industry 4.0 is the interplay between brisk-paced advancement in technology and rapid adoption of technology.

Case in point, Artificial Intelligence (AI), which has driven the demand for robotics in Industry Revolution 4.0. Trends indicate that major players in the robotics industry are gearing up to enhance features in robots to make them more competitive and improve their performance. This has significant implications for the industry as the purposes for which robots are used are likely to increase manifold.

Within robots, the different types currently under development have curated a unique value proposition that has caught the fancy of many industries. According to industry estimates, articulated robots, which are expected to have the largest share among all varieties of industrial robots due to their working efficiency and payload capacity, have been used in many industrial operations.

These operations range from the basics, such as welding, to the more advanced packaging and material handling. Due to its variety, in recent times, robotics has seen many use cases being developed in various industries. The unique phenomenon driving this development is the ability of the robotics industry to deliver and deploy customized robots as per the requirements.

The automotive industry rules the roost by generating roughly 41 percent of the total demand drive in terms of contribution. Industry outlook has indicated that robotics is being utilized increasingly in various manufacturing processes to reduce dependence on the workforce. The Electrical and Electronics industry has contributed to the overall impetus by generating 20 percent of the demand, while the Metal industry added 13 percent.

The increase in demand in the Robotics industry is not a localized phenomenon. The Asia-Pacific region has been driving the robotics industry from the forefront, especially with China having the largest automobile market and even more booming demand for electric cars. Europe, riding on the manufacturing wave, generates around 25 percent of the demand. On the other hand, the Americas have created 24 percent of the global demand, driven by the demand for new technologies true to the core of Industry 4.0.

“With the demand in many manufacturing industries increasing, the global robotics market is expected to keep pace. The industrial robotics market size will keep soaring high. Fuelled by the demand for high performance and efficiency, multifunctional robots can drive innovations in the market to the next level,” said Vignesh Premkumar. “Robotics companies themselves are constantly evolving and developing partnerships to incorporate cutting-edge technologies like IoT and Artificial Intelligence to make their offerings better. All these factors combined are set to increase the market demand manifold”.