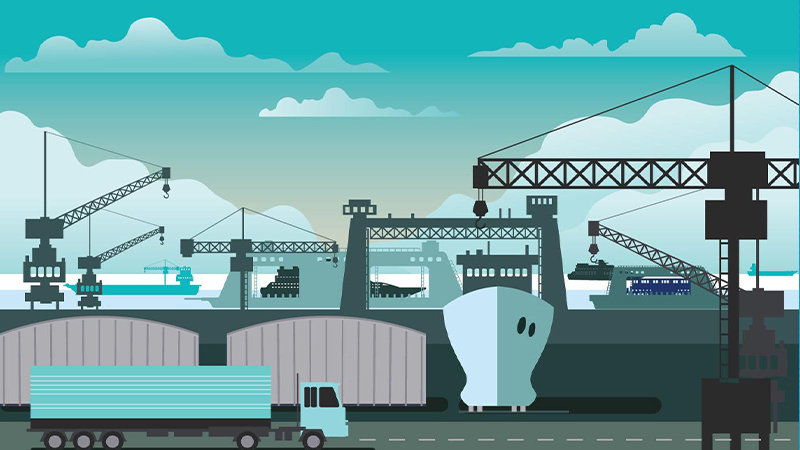 China’s zero Covid policy has worsened the supply chain situation further as operations at key Chinese ports remain at an all-time low, forcing carriers to make blank sailings to avoid congestion. However, in a relief to customers, carriers have waived off demurrage and detention fees for canceled export shipments. Truck operations are also severely impacted, as drivers must undergo the mandatory Covid test, which has resulted in a surge in trucking rates. 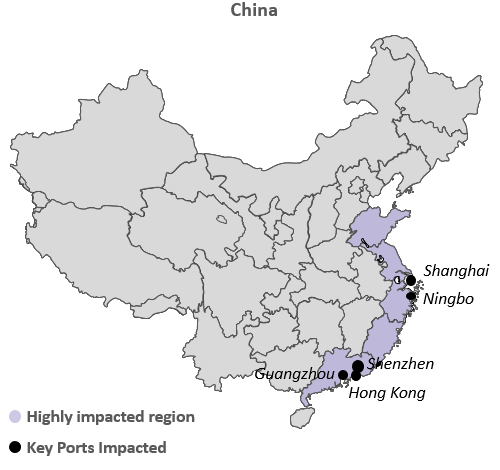 As Covid cases surged in the city, Shanghai imposed a lockdown on the 28th of March and continued to remain under lockdown for the third consecutive week, making the supply chain situation worse. Productivity at ports remains low due to a labour shortage, resulting in major carriers such as Maersk, announcing blank sailings for the next few weeks; as a relief it will offer free detention and demurrage for canceled export shipments. Reefer containers are majorly impacted as the area to plug into electric power is highly congested and carriers such as CMA CGM, MSC and others have asked customers to divert reefer containers to alternative ports.

After Shanghai, Ningbo fell victim to Covid as the port is now under yellow alert, which Is not a good sign for shippers, as it was an alternative to the highly affected Shanghai port. Currently, warehouses in Ningbo are full and there is a shortage of equipment to handle 40 ft containers. Freight rates for shipments leaving the port to western countries have dropped over the last two months, due to lull volumes after the Chinese New Year.

Guangzhou was the latest port city to fall under the zero Covid policy, as the city began its mass covid testing and imposed travel restriction. Sekou container terminal in Guangzhou has suspended import of frozen meat and seafood due to increased positive cases.

These two Chinese cities have continued to battle Covid restriction for months, as the Covid situation remains the same. Manufacturing has been highly impacted and port capacity remains tight, leading to delays in berthing time.