Flavor of the Season: Fuel, Energy, and Electricity Shortage and Price Spike 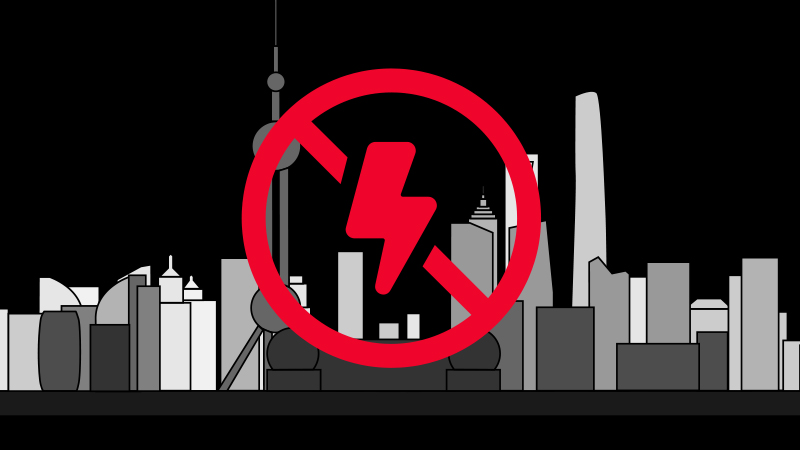 UK runs out of fuel

Who would have thought that fuel pumps in one of the most industrialized countries in the world would run dry? Vehicle owners in the UK were forced to hunt for petrol (gasoline) and diesel as a shortage of truck drivers slowed the transport of fuel from storage points to fuel stations.

There has been no improvement in petrol supplies at independent petrol stations since Wednesday, according to the industry body of the Petrol Retailers Association (PRA). According to the BBC, the PRA, which represents independent fuel retailers, said that about 27 percent of dealers in its network were still out of fuel on Thursday. However, the situation improved as the days passed.

The truck driver shortage in the UK is a sign of things to come, and by no means is limited to just one country. As per Beroe analysis, the shortage in the number of truck drivers is expected to deepen in the U.S. by 2026, which would subsequently also influence their rates.

China, the industrial powerhouse, is struggling with a severe shortage of electricity, forcing authorities to implement rolling power cuts that have affected millions of homes and businesses, especially in the country’s northeastern industrial regions.

Electricity is a regulated market in China, where the price is fixed by the government. Each province in China has a separate supplier that provides electricity within it. The majority of China’s electricity generation comes from coal, followed by renewable energy and natural gas. China is also the second-largest importer of coal and LNG.

Despite the country’s large production of coal, the energy demand is high, leading to an import of 6.61 exajoules of coal and 94 BCM of LNG.

As the world begins to reopen after the COVID-19 pandemic lockdown, the demand for Chinese goods is surging and the factories manufacturing them are drawing much more power. Coal production began to slow due to Beijing’s attempt for a carbon neutral country by 2060; however, the country still relies on coal to generate more than half of its electricity.

As electricity demand rises, the price of coal increases. However, the price paid by consumers has only marginally risen because of the government’s strict control of electricity prices. Owing to low consumer tariffs, coal-fired power plants are unwilling to operate at a loss, with many drastically reducing their output instead of cutting costs.

Despite renewables’ push, coal continues to be King

Coal is a major source of power generation in China. Inner Mongolia is China’s largest coal-producing region. Australia is a major source of coal import for China. The major reason for the electricity spike in China is the surge in the coal price. A series of accidents in Chinese coal mines, fall in coal inventory levels, and ongoing trade disputes with Australia have significantly limited coal shipments to China.

After the dispute with Australia over a range of issues, China switched over to importing coal from Indonesia and Mongolia. However, owing to the increase in energy demand in Indonesia and reduced coal supply from Mongolia, the coal imports were choked.

The coal supply shortage will also affect the need to reserve coal for winter heating months, which will worsen the current coal shortage. As of September 2021, the thermal coal inventory levels are around 11–12 million tons, which is expected to last for another 2–3 weeks. China will certainly continue to look for coal in international markets, while they attempt to increase domestic coal production to tide over the current crisis. 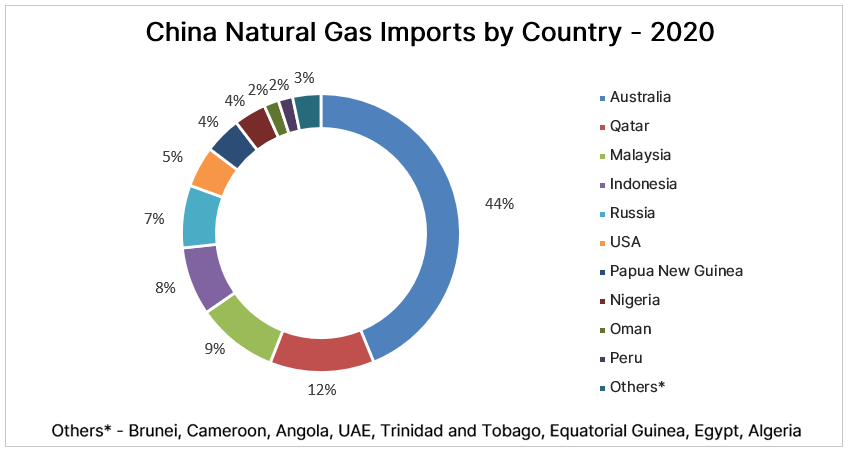 During winters, the requirement for natural gas for heating purposes is expected to further increase the natural gas price, thus causing the electricity price to soar.

Impact of supply shortage in the domestic market

All major power-hungry sectors such as textile, dyeing, and chemical fiber industries; chemicals for dyes and furniture; aluminum smelting and steel and cement manufacturing; soya bean processing plants; and fertilizer production have been severely affected. Since March 2021, most of the factories in provinces such as Inner Mongolia, Zhejiang, Jiangsu, Yunnan, and Guangdong provinces have been asked by local governments to reduce power usage or curb output. This is expected to affect the global supply of products produced by hard-hit sectors, especially those who are reliant on China for these goods.

The high prices of coal and natural gas are expected to continue throughout the winter months. The supply of energy commodities will remain tight over the next two quarters. The impact on industries is expected to be rough in terms of blackouts and restrictions on operating timings.

Any sharp increase in coal price is expected to hit China disproportionately because the country’s grid is predominantly reliant on coal-based generation. Despite the strong growth in renewables, China’s reliance on coal stands out.

In the short term, government interventions would be strong in China, which would have a productivity impact on Chinese manufacturing industries. However, strong domestic coal production supports power generation. The Chinese government is expected to plan the strict rationing of electricity among industries. These actions would inevitably result in a fall in the production and manufacturing output of the country.

In the long term, an increase in power tariffs can be a strong incentive for power generation companies to ramp up production during high fuel price seasons. However, the Chinese government is not expected to relax the renewable push, as the government sees green policies as the key to reducing air pollution in the country.

Energy Spike in Europe -- Why, How, and Impact

Since the beginning of 2021, energy prices have been on the rise in Europe. The prices of all key energy commodities, such as natural gas, electricity, and coal, have touched multi-year highs.

Rather than one specific reason, multiple interlinked events are now playing out in the energy markets. Some of the major reasons are the increasing frequency of summer heatwaves, reduced Russian gas export, scale problems in renewables, and rising carbon prices.

Carbon prices are another major factor affecting power prices across Europe. In Europe, the price of carbon emission allowance is determined by the EU Emission Trading System (ETS). The EU ETS was implemented in phases, and its most advanced phase, Phase IV, was rolled out in January 2021 and will be in place until 2030.

This latest phase of the EU ETS has tightened the supply of carbon allowances in the form of free allocation to entities. This means that more carbon emissions will need to be priced using lesser allowances, thus spiking the carbon prices. The cap of the carbon market is also expected to reduce annually to support the sustainable pricing of carbon. This directly translates to a higher cost for some of the largest power generation companies in the region, which reflects in the price of electricity.

The current energy price spikes in the region are not expected to plateau in the next two quarters. Traditionally, Q4 of every year is the largest demand phase for gas and electricity. This is because of winter weather and the related heating demand from residential and commercial enterprises. Hence, prices may start to ease off in February 2022.

Russia has also announced that it has completed the construction of the Nord Stream 2 pipeline, which can increase the gas supply to Europe. However, the pipelines remained a controversial project owing to the geopolitical impact of Europe’s dependency on Russian gas. In addition, the gas pipeline project has attracted constant criticism from the U.S.

Meanwhile, Russia is awaiting the approval of the German Energy Ministry to use the new pipeline. However, even if the pipeline comes online, Russia will not be able to increase its production in the short term.

The demand from other regions for coal and gas is not expected to slow down during the current period as they are both connected to power demand, which continues to remain strong owing to increasing economic activity.

A higher natural gas price squeezes the gas utilities as well as energy-intensive industries, such as ammonia, fertilizer, glass, and CO2. Several small suppliers are expected to collapse because of higher prices and strong demand. Some of the smaller suppliers in the UK have solicited government support to supply their customers. In Spain, the government has introduced a levy on clean energy generation companies to support smaller gas suppliers.

In the long term, if there is not much capex investment to find and tap into new sources of natural gas, the existing gas fields will remain more sensitive to global demand drivers such as heat waves or natural disasters.

Regulatory actions can also provide long term relief. For example, the EU ETS carbon markets contain a market stability reserve that can be employed to increase the allocation of emission allowances, thus reducing the price of the carbon emission allowance unit.