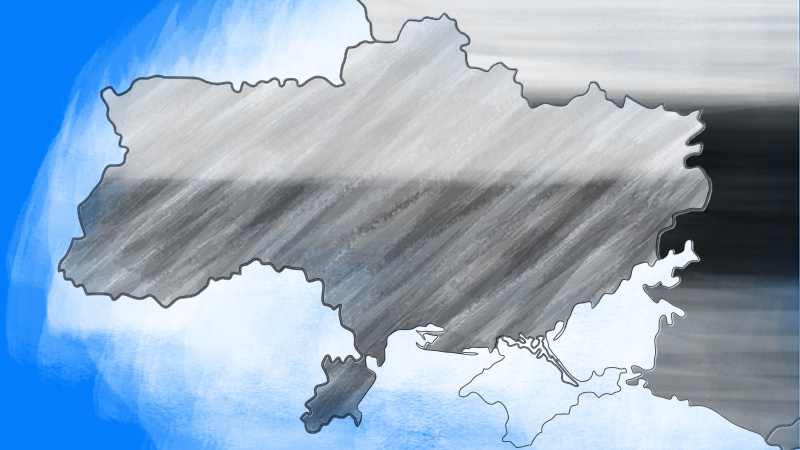 The world was shocked when Russia launched a full-scale invasion into Ukraine -- a scenario not many thought would unfold despite warnings issued by Western intelligence agencies. Beroe put out an initial update on the potential fallout from the conflict a few days before the war began -- but the fast-paced developments on many fronts, which caught almost everyone unawares, necessitated a deeper study of the impact.

We have released our impact assessment for few select categories in this edition. This is an evolving situation, and we will be continuously providing updates to our clients. If you would like to know more, please write to contactus@beroe-inc.com

Impact on Commodities and Crop Prospects for Next Season 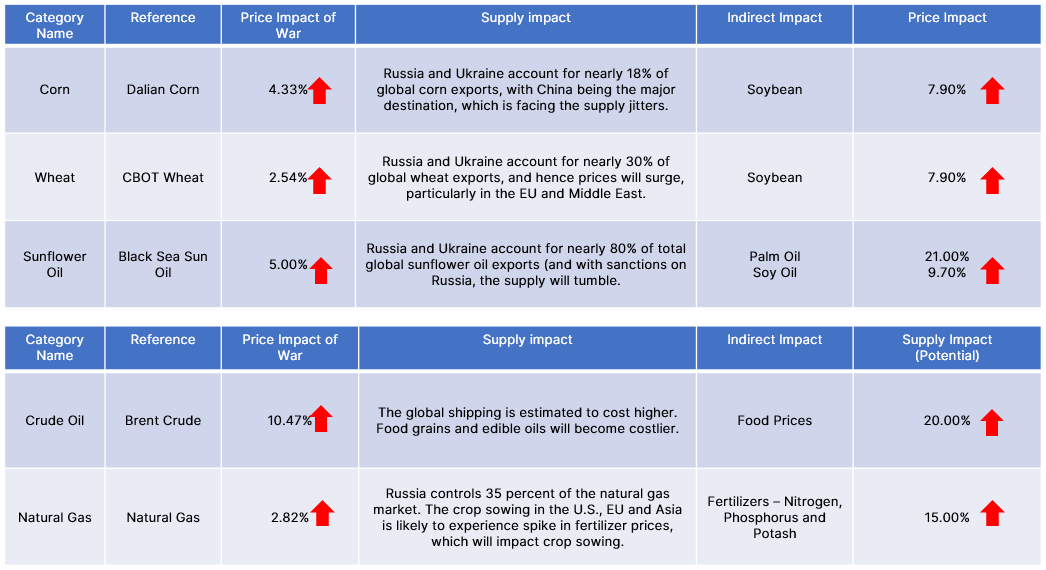 The Russia-Ukraine military conflict has strained the already fragile supply chain for semiconductors as both Russia and Ukraine provide neon gas and palladium, which are essential for semiconductor production. This would in turn affect the supply of components for data center assets, whose demand is growing exponentially.

The price of Data Center Hosting services are expected to increase significantly as the Palladium prices increased by 7% upon the news of Russian invasion into Ukraine. This supply constraint coupled with the increasing demand for data center infrastructure especially in the U.S., Europe and the Asia Pacific, is expected to increase the prices significantly due to the military conflict.

With China immediately conducting air raids over Taiwan, after the Russian invasion of Ukraine, it is highly likely that the impact duration would continue for the medium to long term, as the geopolitical stability has become the key external factor in deciding the supply chain stability.

Though large semiconductor enterprises have stocked high level of inventory and diversified their procurement, the delicate supply chain for chips has been further stressed by the military invasion of Russia into Ukraine. Hence, while the near-term impact could be handled by the PC companies, the medium- and long-term impact could be high.

While companies like Lenovo previously expected the semiconductor shortage to continue till end of 2022, the miliary conflict between Russia and Ukraine is expected to prolong the chip shortage -- and the rise of oil prices would escalate the shipment cost, which in turn is expected to increase the prices of PC as well as smartphones.

There will be transportation delays in the Black Sea region. The growing prices of power and freight might exacerbate the situation. It is tough to estimate the duration of this military operation. However, the sanctions on Russia may be extended for a longer period of time.

Freight Companies  are shutting down operations in Ukraine until further notice.

Rerouting air freight from North Asia to Europe is adding another 12-14 hours to flight time for cargo while reducing the available air capacity.

Shutdown of Major ports for commercial vessels in Russia and Ukraine.

Prominent IT service providers are aware of the political instability in Ukraine, as they have alternate offices in eastern European countries such as Poland,  Romania and so on. They would shift  employees during this crisis. They have started moving critical resources to safer areas since December 2021. However, homegrown IT startups are expected to be impacted the most.

Impact on IT Service Providers

If you would like to know more, please write to contactus@beroe-inc.com

Interview: We are in the middle of a commodities super cycle